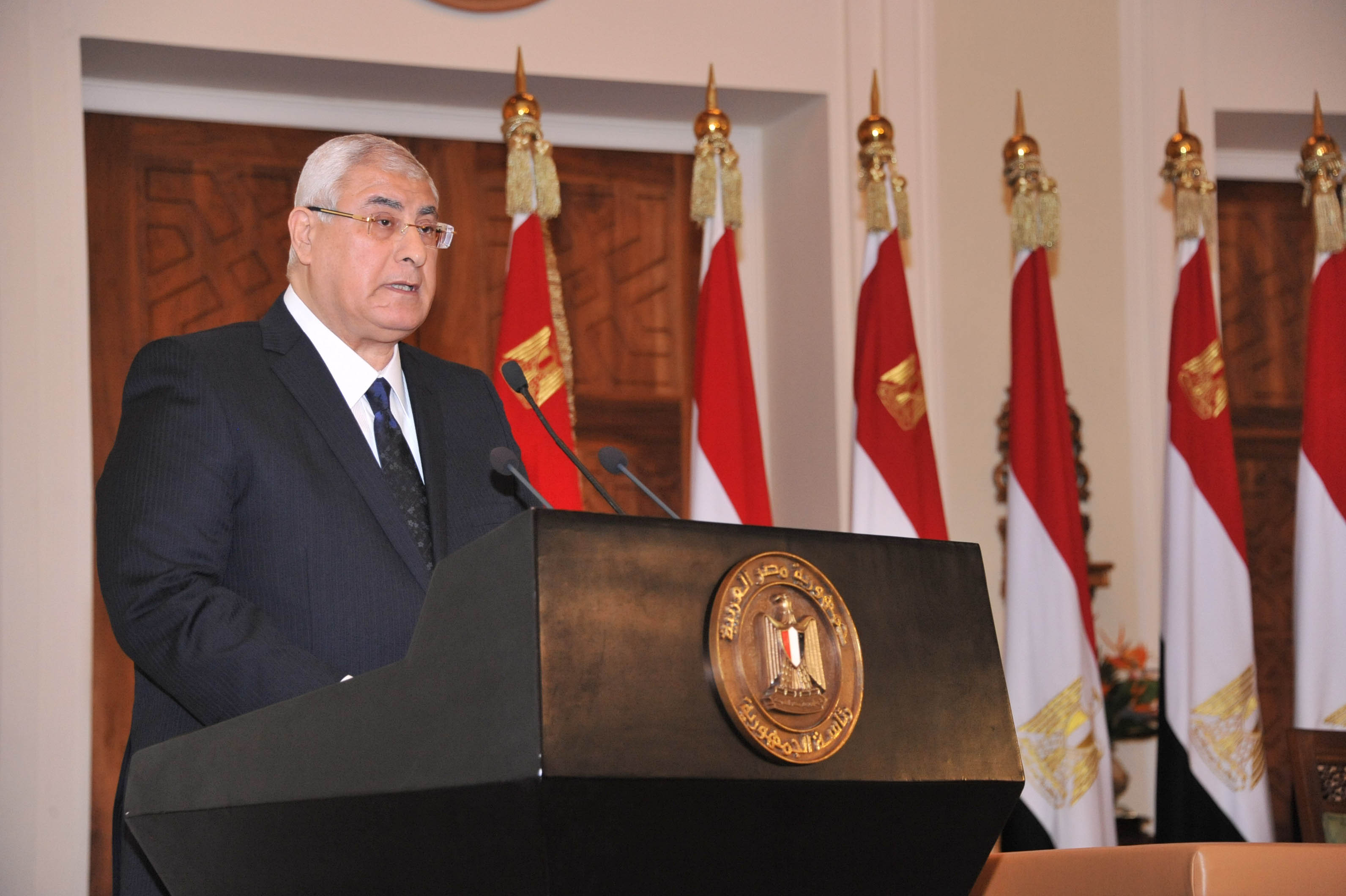 The referendum for the amended 2012 constitution will take place over two days on 14 and 15 January, interim President Adly Mansour announced on Saturday.

Chairman of the Constituent Assembly Amr Moussa praised the draft, saying it contained separation of powers between branches of the state and confirmed Egypt’s civil government and rule.

The chairman of the assembly also vouched for the draft’s reflection of Egypt’s Islamic identity and the principles of Sharia as the constitution’s main source of legislation, while also leaving space for the principles of other faiths.

Moussa also listed freedoms granted in the draft constitution before an audience that included interim Prime Minister Hazem El-Beblawi’s cabinet, representatives from Egypt’s churches and Al-Azhar, the Constituent Assembly, and the Committee of Legal Experts.

Mansour thanked those tasked with amending the suspended constitution. “[The constitution] does not reach perfection,” said Mansour. “However, it is [still] an achievement of national and historic importance.”

The interim president said the draft was part of a “long constitutional march in Egypt” initiated in the 1920s. He also said the draft embodied the “nature” of the Egyptian people in its faith and beliefs, its “moderation and tolerance”, and its Islamic and African identities.

Mansour said Egyptians “who suffered much injustice during long decades and did not stop suffering during the past three years” were eager to see a constitution that expressed the national will. “We have huge challenges. We are able to overcome them. Our economic situation is difficult, but we have all the ingredients for success,” he said during his address at the palace.

“It is time to complete the revolution and rebuild this country in order to achieve our popular aspirations and ambitions,” said Mansour.

“We must always remember that our constitution project is the fruits of the blood of the martyrs who gave their lives on the path of struggle for freedom for the homeland and its people,” he said.

The interim president hailed the “two revolutions of 25 January and 30 June,” saying they “shut the doors of tyranny, entrenched human rights, built a precious modern capable state, and conveyed the values of the nation and citizenship”.

Mansour said the draft was the “correct starting point to build the institutions of a modern democratic state” and “a major step on the road to achieve the [revolution’s] objectives”.

Some political parties have already announced their stance in the upcoming constitutional referendum. The Salafi Al-Nour Party has announced its strong support for the draft, urging Egyptians to vote Yes in the January poll. The Islamic party launched a Yes campaign last week after a meeting of its party leaders in various governorates.

Former presidential candidate Abdel Moneim Aboul Fotouh’s Misr Al-Qawia urged voters to oppose the draft at the polls, criticising the autonomy the document grants to the military criticising and the powers of the executive branch stipulated in the draft.

Other parties including the Egyptian Social Democratic Party and the Free Egyptians Party have voiced support for the drafted amendments.