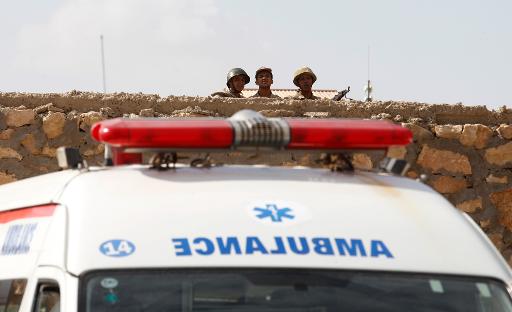 The perpetrators of the explosion near a Central Security Forces headquarters in Ismailia “will be soon be apprehended”, Minister of Interior Mohamed Ibrahim said during his visit there on Friday.

The explosion near the gate of the headquarters of the Central Security Services killed one conscript and injured three policemen, 13 conscripts and six citizens, according to the Ministry of Interior.

Ibrahim added that this attack is a reaction to the ministry’s recent successes in arresting terrorists and exposing their plans. He also explained that these “treacherous” attacks mark “the end of terrorism in Egypt”.

The minister ordered the formation of a team led by the security director of Ismailia to arrest the perpetrators.

Later on Friday, Ibrahim visited the injured at the Maadi Military Hospital in Cairo.

Prime Minister Hazem El-Beblawi condemned the attack, saying that “the forces of terrorism are trying to obstruct the current political process” in a statement issued on Thursday night.

“These terrorist attacks will not fulfill their odious aims; we are going on steadily to fulfill the roadmap,” El-Beblawi added.

The prime minister said the Egyptian people trust the police and the army to “eradicate terrorism”.

Al-Azhar Grand Imam Ahmed Al-Tayeb also condemned the attack, describing it as a “brutal act of terrorism” in a Friday statement.

“Islam is innocent from these deeds which target the honourable Egyptian people who protect the security of the nation,” Al-Tayeb added.

The attack was the largest in Ismailia since 19 October when a car bomb exploded near the Military Intelligence building, causing six injuries.