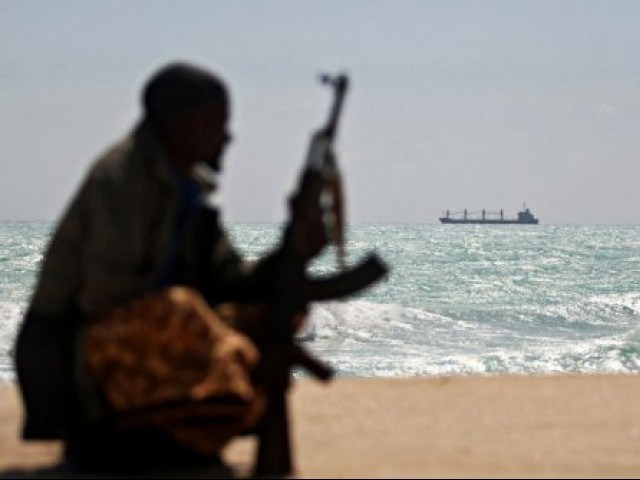 By Nirit Ben-Ari
For many, the phrase maritime piracy may evoke images of a one-eyed sailor drinking rum and singing obscene songs. For some younger people, piracy may bring to mind the picture of Hollywood actor Johnny Depp, wearing a headband in a scene from the film Pirates of the Caribbean.
But maritime piracy is not just an action movie. The UN Convention on the Law of the Sea defines piracy as “illegal acts of violence or detention” committed on the high seas against ships or aircrafts. Piracy is a serious problem and it poses a real threat not only to the safety of vessels and their crews, but also to the economies of affected countries.

In Africa, while piracy in Somalia’s Gulf of Aden is currently on the decline, it has spread to West Africa. Although most attacks in the region take place in Nigeria’s Niger Delta region, there have also been attacks in Benin, Côte d’Ivoire, Ghana, Guinea and Togo, among others, according to the UN Office on Drugs and Crime (UNODC).

Reuters news agency reported that one such attack took place in October 2013 off Nigeria’s coast, where pirates attacked an oil supply vessel and kidnapped the captain and chief engineer, both American citizens. The report says that “pirate attacks off Nigeria’s coast have jumped by a third this year as ships passing through West Africa’s Gulf of Guinea, a major commodities route, have increasingly come under threat from gangs wanting to snatch cargoes and crews.”
Unlike pirates along Somalia’s coast, who are often only after ransom, pirates in West Africa also steal goods, particularly oil. Many attacks end up with crew members injured or killed. But pirate attacks do not only result in killings and injuries, tragic as those are; they also damage the economy. In some cases, affected countries in West Africa have become less concerned with direct losses from piracy than with the ways in which these losses affect international insurance rates and other trade-related costs.

In Benin, for example, taxes on trade account for half of government revenue, and 80% of these are derived from the port of Cotonou, according to UNODC figures published in March 2013. Last year the spike in pirate attacks in West Africa led London-based Lloyd’s Market Association, an umbrella group of maritime insurers, to list Nigeria, neighbouring Benin and nearby waters in the same risk category as Somalia, says Claims Journal, a magazine for insurance professionals. The result was a significant decrease in maritime traffic in the region, which meant a 28% loss in Benin’s government revenue. The decrease also affected the livelihoods of the country’s citizens, says UNODC, by increasing the cost of imports and decreasing the competitiveness of exports.

According to Reuters, though ships now speed with armed guards on board through the dangerous waters off Somalia and the Horn of Africa on the east coast of the continent, many vessels have to anchor to do business with West African countries, with little protection. This makes them a soft target for criminals, says Reuters, and jacks up insurance costs.
Corruption drives piracy
As is often the case, corruption, weak law enforcement and poverty are the main causes of piracy, according to Dr Christian Bueger, a Cardiff University researcher and editor of Piracy-Studies.org, an online research portal. In an interview with Africa Renewal, Dr. Bueger said, “Piracy tends to be conducted or supported by marginalised communities that have not been participating in economic development.”

This appears to be the case for Nigeria, for example, where the majority of the recent African pirate attacks have occurred, driven mainly by corruption in the oil sector. Chatham House, a British research group, reported in September 2013 that “corruption and fraud are rampant in the country’s oil sector,” and “lines between legal and illegal supplies of Nigerian oil can be blurry.” In such a climate pirates have an incentive to steal oil, since they know that they will be able to sell it on the black market.

“Illegal bunkering [filling ships with fuel] is enormously profitable” in Nigeria, writes Martin Murphy, a professor at Georgetown University in Washington DC and a senior fellow at the Atlantic Council of the United States, a policy think tank,  in his article “Petro-Piracy: Oil and Troubled Waters,” published in Orbis for the Foreign Policy Research Institute. “The scale of losses is staggering—more than $100 billion worth of oil has gone missing since 1960,” says Professor Murphy.

The damage caused by thieves has forced oil companies to shut down pipelines. Royal Dutch Shell is selling off four of its onshore Nigerian oil blocks because of the constant theft of large volumes of oil from its pipelines, United Press International reported in October 2013. As a result of the shutting down of pipelines, Nigeria is producing about 400,000 barrels a day below its capacity of 2.5 million barrels a day, according to the Economist, a British weekly.

The New York Times reported in September 2013 that Nigeria’s former top anti-corruption official, Nuhu Ridabu, had written a report in 2012 charging that over the preceding decade, thieves had stolen between 6% and 30% of the country’s oil production.

In his interview with Africa Renewal, Dr. Bueger suggested four steps to counter piracy. First, the key is for affected states to share information on what’s happening on their coastlines and their neighbours’. Second, joint training activities are required so countries can develop procedures and learn how to use technology. Training not only educates future generations of maritime security professionals, but also creates confidence and trust between different agencies. Third, states that face maritime and piracy challenges should develop strong legislation to prosecute criminals.

And finally, states should set aside enough money to build local capacity. “Even if a state has the information, even if the state has well-trained coast guards, and even if the state has incorporated all the right laws,” Dr. Bueger explains, “without vessels, the state is powerless.” At the moment, of the states most affected by piracy, only South Africa and Nigeria have a professional navy. Most other countries have small and outdated coast guards with no more than three to five skiffs.
What has been done?
Several international legal instruments are in place to combat threats posed by piracy. The key agreement is the UN Convention on the Law of the Sea, which prescribes exclusive economic zones over which individual states have the rights for exploration, energy production from water and wind, and the use of marine resources. For this agreement to be operative, states have to adopt and incorporate it into their national laws. All West African countries have signed and ratified the Law of the Sea Convention.

However, the UN Security Council has yet to call for concerted international action against piracy along the Gulf of Guinea, as it did in the Somali case when, in June 2008, it authorised other countries to enter Somali territorial waters to stop pirates. In 2011 the council passed two resolutions expressing its concern about piracy in the Gulf of Guinea and urging states to reinforce domestic legislation, develop a comprehensive regional counter-piracy framework, issue appropriate guidance to shipping and cooperate in prosecuting pirates and their backers.

Records show that despite these regional actions, the number of pirate attacks continues to increase. The International Maritime Bureau, a specialised division of the International Chamber of Commerce, reports that while pirate attacks (actual and attempted) in the Gulf of Guinea fell from 54 in 2008 to 37 in 2010, there has been a steady increase since then: 49 in 2011 and 58 in 2012. As of August 2013, there were 28 attacks in Nigeria alone. These numbers, however, might be deceptive because many attacks go unreported.

But piracy is not the only security threat at sea. “Piracy has drawn attention to wider problems of maritime insecurity,” says Dr Bueger, such as trafficking and smuggling of humans, weapons and narcotics, and illegal and unregulated fishing activities. Hence, he says, the attention currently being given to the fight against piracy could be used as a stepping stone by the international community to create sustainable institutions of maritime security.

International institutions are crucial for counter-piracy efforts, but they require long-term commitment. The African Union has already declared that its objective is to implement the African Maritime Security Strategy by 2050. Among the strategy’s goals are to “ensure security and safety of maritime transportation systems,” and to “prevent hostile and criminal acts at sea, and to coordinate/harmonise the prosecution of the offenders.”

It’s a long-term strategy, but without a doubt concerted action is needed now to stop piracy in West Africa before it deteriorates and spreads to other African coastal areas.