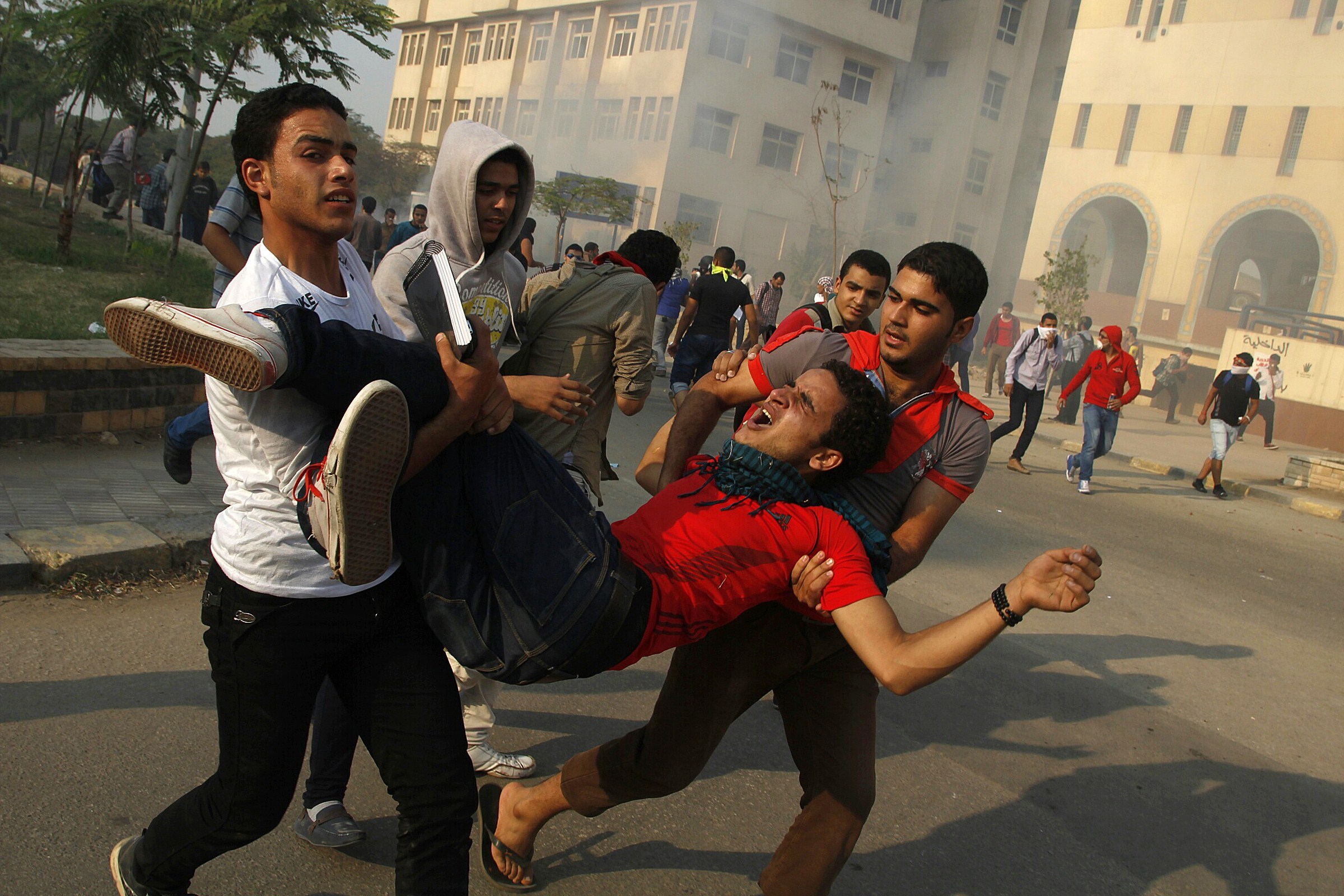 A list of names of all students recently detained in university clashes nationwide is on its way to the prosecutor general, according to the recently elected head of Al-Midan Student Group, Mohamed Sarhan.

Sarhan said Monday that he had handed over the names of the detained students to Presidential Advisor for Women’s Affairs Dr Skeina Fouad on Saturday, who crosschecked them with the interior ministry and will refer them to the prosecutor general on Tuesday.

Sarhan was among the students who attended a meeting called upon by Fouad, Amr Moussa  and Dr Abdel Gelil Mustafa to meet with representatives from the ministries of Interior and Defence, General Abdel Fattah Othman and General Al-Assar, respectively.

“We courageously confronted the authority with the demands of students and we did not make any deals that would undermine the role of the students,” he said. “All we care for is the release of all the detained students so they won’t miss any of their exams.”

When asked to respond to Yasser Al-Kot’s accusation on Sunday that he had “betrayed the student movement’s principles”, Sarhan said: “I understand why some of my colleagues would be upset; however, I assure them that our principles are intact and are similar to theirs. The only difference is our approach to fulfill them, as we preferred to present the students’ demands face to face.”

The students’ demands approved in the meeting included: the release of all detained students; retreat of security forces from campuses; abolishment of the cabinet’s decision allowing security forces to enter university campuses upon the approval of the university president; and creating fact-finding committees in which students would participate to investigate the violations that took place in the universities.

Only one of the students’ demands was declined: the resignation of the ministers of Higher Education and Interior.

The interior ministry made a statement on Monday that a group of Ain Shams students held a protest in Al-Khalifah Al Ma’moun Street and were warned they would be dispersed after they had blocked the road.

According to the statement, the protesters did not comply and assaulted security forces with birdshot leading to the injury of a soldier; consequently, the protest was dispersed with teargas. The statement added that 25 students were arrested and two birdshot casings and a teargas canister were found in possession of one of the students, with whom legal procedures are being conducted.

Students Against the Coup announced on Monday on their official Facebook page that the intended destination of the march was the Ministry of Defence.

The group had posted earlier the name and contact information of a military officer who they claimed had participated in the August dispersal of the Al-Nahda sit-in.

Military spokesman Colonel Ahmed Ali said: “We do not approve of any personal vendetta, but the absence of justice is the reason behind these matters.”

The Anti-Coup Alliance made a statement on Monday condemning violations against students, warned “the putchists” from thinking that there would be no retribution for the “martyrs” and called for massive nationwide peaceful student protests on Tuesday, which would be part of the escalations of the week titled Al-Tolab Yosheloon Al Thawrah (The Students Ignite the Revolution).

The Student Union of the Faculty of Engineering in Cairo University (FECU) made a statement on Sunday night which detailed the events of its meeting with Dr Gaber Gad Nassar.

The statement said that the FECU sit-in is still ongoing, adding that Nassar promised them that: the detained students will be released within hours, that he would personally make sure that problems of all the suspended students will be solved, no student nor faculty member will be harmed for expressing their personal opinions and that he would discuss suing the interior ministry with the university board.

FECU faculty members made a statement on Sunday night commended Dr Gaber Gad Nassar on his political stances and stated their opposition to the resignation of FECU-elected Dean Dr Sherif Murad. The statement added that faculty members are aware that there are extreme circumstances surrounding Egyptian universities, however, they fully support Murad’s performance.

On Sunday the Association of Freedom of Thought and Expression (AFTE) issued its weekly report of university violations. The report highlighted violations by the interior ministry in seven different universities. AFTE called on the release of all detained students in time for exams.