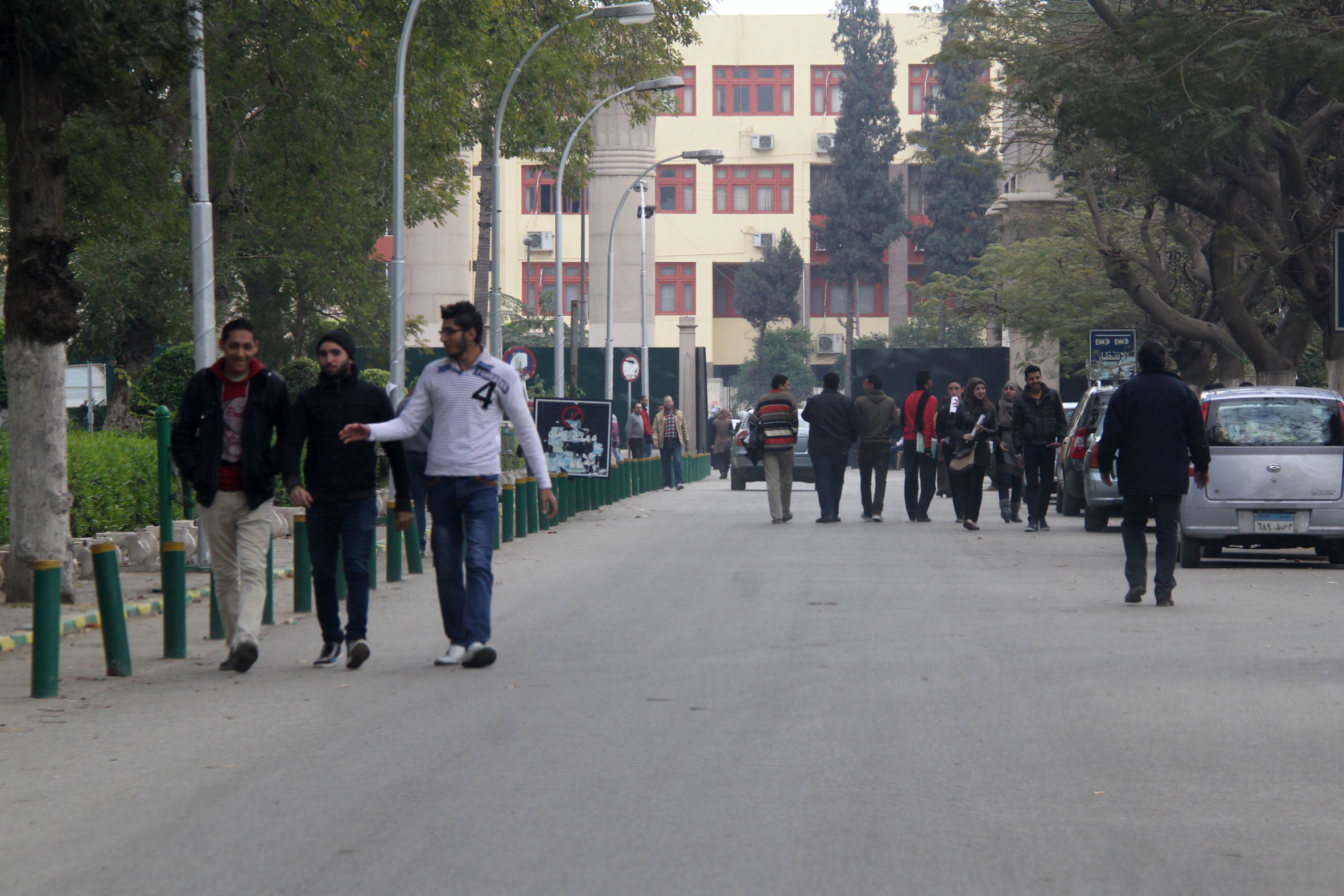 Student protests continued on Monday as hundreds of students from Ain Shams University clashed with police outside the Ministry of Defence in Heliopolis.

Around 300 supporters of deposed president Mohamed Morsi were dispersed by police using teargas after blocking Khalifa Mamoon Road and bringing traffic to a halt during a march from the Ain Shams campus to the Ministry of Defence, reported state-run Al-Ahram.

A police conscript was injured after being hit in the face with birdshot, according to the Ministry of Interior. 25 students were arrested at the demonstration on charges of weapons possession, including shotgun cartridges and gas bombs.

On Tuesday Al Azhar University President Osama Al-Abd announced that special accommodations would be made to allow students arrested and imprisoned during the ongoing protests to take their final exams. Students will be taken to the university in police vehicles, and the exams will be administered in specially designated halls.

Students deemed to be “political prisoners” will take their exams in jail, said Al-Abd.

The Freedom and Justice Party, the political wing of the Muslim Brotherhood, said in a statement that students at Al Azhar were tearing up their exams in a show of solidarity with students imprisoned and killed during the recent rash of protests.

The Arab Network for Human Rights Information (ANHRI) came out with a statement last week to denounce “the blockade of Egyptian universities by security bodies.”

“A large number of students have been arrested currently, either from their university campus or from different places. They are standing trial over accusations based on the new Protest Law that was passed last month by President Adly Mansour,” read the statement.

“The law is refused by the majority of political powers and society as well, as it confiscates the right to peaceful protest and legalizes the use of violence against protesters.”

Students from Cairo University, Al-Azhar, Mansoura, Alexandria and Zagazig universities have held demonstrations since the beginning of the academic year. In many cases, the protests have turned into violent stand-offs with security forces.

Shortly afterwards, Prime Minister Hazem El-Beblawi announced that police forces would be present at the gates of all public universities to help maintain security. El-Beblawi’s cabinet gave university presidents the right to request the entry of police forces into campus in case of “threats to individuals, property or students.”

The spokesman for the prosecutor declined a request for comment.