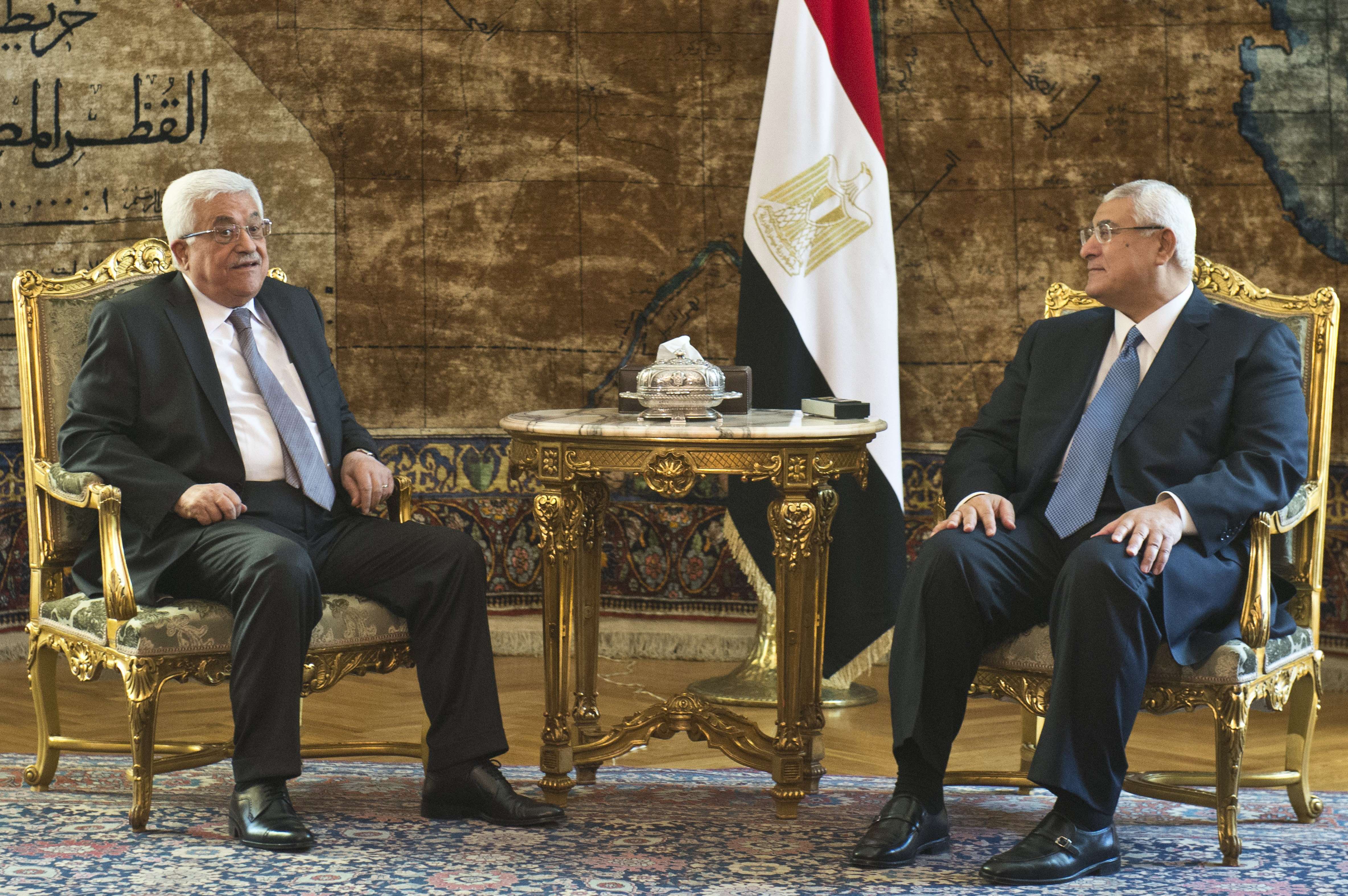 Mahmoud Abbas, the chairman of the Palestinian Liberation Organisation, met with Egypt’s ambassador to Palestine on Tuesday ahead of the former’s visit to Cairo.

During the meeting, Ambassador Yasser Othman and Abbas, who is also known as Abu Mazen, discussed the most recent developments in the ongoing Palestinian-Israeli negotiations, state-run MENA reported.

The meeting comes ahead of a scheduled visit by Abbas to Cairo on Friday and Saturday to attend Arab League Follow-up Committee meetings.

The Palestinians and Israelis agreed to come to the negotiating table in July following US diplomacy efforts. The talks are set to last for nine months. Egypt said that despite scepticism, it still supports the talks.

Egypt’s foreign ministry has reiterated, on several occasions, its position on Palestinian-Israeli talks: “That the Palestinian-Israeli negotiations are serious, that they follow the agreed timetable and that they lead to the establishment of an independent, sovereign, and viable Palestinian state based on the June 1967 borders with East Jerusalem as its capital.”

Abbas had held talks with Interim President Adly Mansour and Defence Minister General Abdel Fatah Al-Sisi in Cairo last month, during a three day visit. He had also held talks with Mansour on 29 July, in his first trip to Egypt after the ouster of former President Mohamed Morsi on 3 July.

Abbas and Othman discussed the humanitarian situation in the Gaza Strip, which took a grave turn after heavy rains coupled with low temperatures left parts of the strip heavily flooded. They also discussed Palestinian reconciliation between rivals Hamas and Fatah.

A report by the United Nations Office for Coordination of Humanitarian Affairs and other humanitarian organisations on 14 December said, “Heavy flooding has occurred across Gaza since 12 December, resulting in the displacement of approximately 10,000 people to temporary shelters and relatives’ homes.” The report added that the number was expected to increase.

The weather conditions have also affected electricity distribution in the strip which has for weeks suffered from a fuel crisis, leading to the strip’s sole power plant to run at under capacity for weeks, eventually shutting down on 1 November.