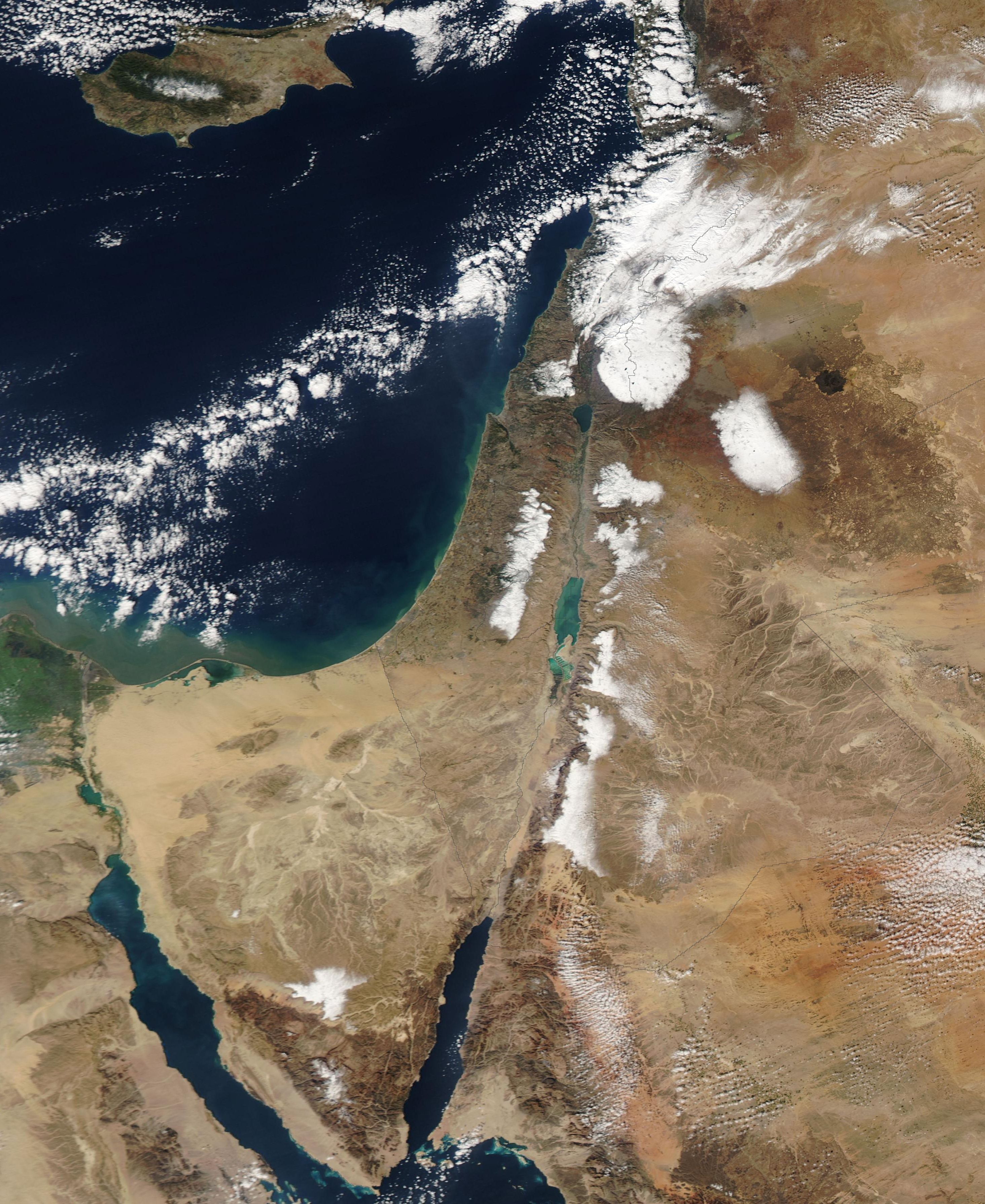 AFP – This NASA Earth Observatory image obtained December 17, 2013 shows a rare winter storm that dropped snow across much of the Middle East between December 10 and 13, 2013.

The Moderate Resolution Imaging Spectroradiometer (MODIS) on NASA’s Terra satellite acquired this image of the snow on December 15 after the clouds cleared. For the most part, the snow is confined to higher elevations in Syria, Egypt, Lebanon, Israel and the West Bank, and Jordan. Some lower-elevation desert regions in Syria are also snowy.

Snow storms in the Middle East are not frequent but not uncommon either. However, this one was unusually early in the winter and more intense than normal. The storm paralyzed Jerusalem with 30 to 50 centimeters (12 to 20 inches) of snow, knocking out power for roughly 15,000 households. The snow closed mountain roads leading into the city, effectively cutting Jerusalem off. Amman, Jordan, received about 45 cm (18 inches) of snow, and Lebanon and Syria also were unusually cold and snowy.