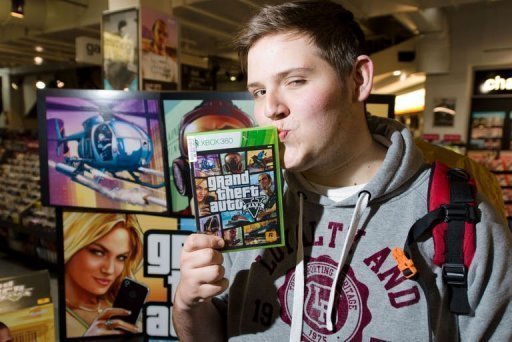 AFP – Twitter’s triumphant market debut, the rise of smart fashion and a new generation of game consoles highlighted the tech world this year, portending more mobile and social trends in 2014.

Meanwhile Apple regained some lost momentum and Microsoft sought to reboot by announcing it was seeking a new chief executive.

The one-to-many messaging service made the most hotly-anticipated stock market debut of the year in early November. The San Francisco company, which has yet to make a profit, saw its shares leap out of the gate and is credited with helping to fuel a stock market rally along with fears of a new Internet bubble.

Faith that the online streaming television and film service showed in digital content is paying off, along with its investment in original shows such as hit House Of Cards starring Kevin Spacey. House Of Cards became the first exclusive online production to win an Emmy Award, the highest prize given to US television. Netflix competes with HBO and its share price more than tripled in 2013, but growing competition includes a streaming video service by Amazon.com.

Grand Theft Auto V set new records in production cost as well as speedy sales. The title published by Take Two Interactive cost as much to make as a Hollywood blockbuster, but racked up more than $1bn in sales in the three days after its release. In November, Microsoft and Sony released new-generation Xbox One and PlayStation 4 videogame consoles, respectively, each selling more than a million units in the first 24 hours on the market and getting status on holiday gift wish lists.

This digital currency weathered a mini-crash and rebounded by year’s end, at one point soaring above $1,000 (about R10 000). Popular with geek treasure hunters who “mine” bitcoins online, the Internet version of cash is also tempting to criminals. It was used for payments at online drug black market Silk Road, which was shut down by US police in October.

Google’s Android software has come to dominate a smartphone and tablet market once ruled by Apple gadgets. But spins put on Android devices by ranks of device makers frustrate “app” developers, and titan Samsung has started to pull away from the California company by emphasising its own platform. Google is also getting attention for innovations such as Internet-linked eye wear, robotics, and high-speed cable lines. Google shares broke the $1,000 mark.

Big screens on smartphones have become big hits with users, with handsets growing nearly as large as tablets.

Global PC sales continued to slump as smartphones and tablets became more central to accessing the Internet. Microsoft, which built its technology empire on packaged software for PCs, is under pressure from the trend and its Windows 8 operating system overhauled with mobile and cloud computing in mind received a mixed reception. Microsoft chief Steve Ballmer announced plans for an early departure to give the helm to someone better able to navigate the tides of change.

The culture-changing California company rolled out slick new iPhones, iPads, and Macintosh computers while an arguably spoiled marketplace watched in vain for “the next big thing,” such as an iWatch or revolutionary iTV box. If Apple sticks to its pattern, the time to wow the world will be in 2014. Meanwhile, iPhone remains a bestseller and appeared poised to debut on the colossal China Mobile network.

The smartphone that pioneered the market, and once ruled workplaces, missed with a new BB10 platform seen as crucial to its revival, if not its survival. Between job losses, an aborted sale of the company and departure of the boss and other leaders, the group is at the brink.

Bracelets, pendants, eyeglass frames and other accessories infused with sensors, computing power, and connections to the Internet through smartphones or other means kicked off a “quantified self” movement. The merging of fashion, wardrobe and computing is likely to accelerate in 2014, with devices promising to help people stay fit, informed, comfortable, and more.

Tumblr was bought for more than $1bn by aging Internet pioneer Yahoo and Snapchat reportedly turned down a multi-billion-dollar offer from Facebook as established Internet giants seek to stay young and hip by snapping up promising new technology enterprises.