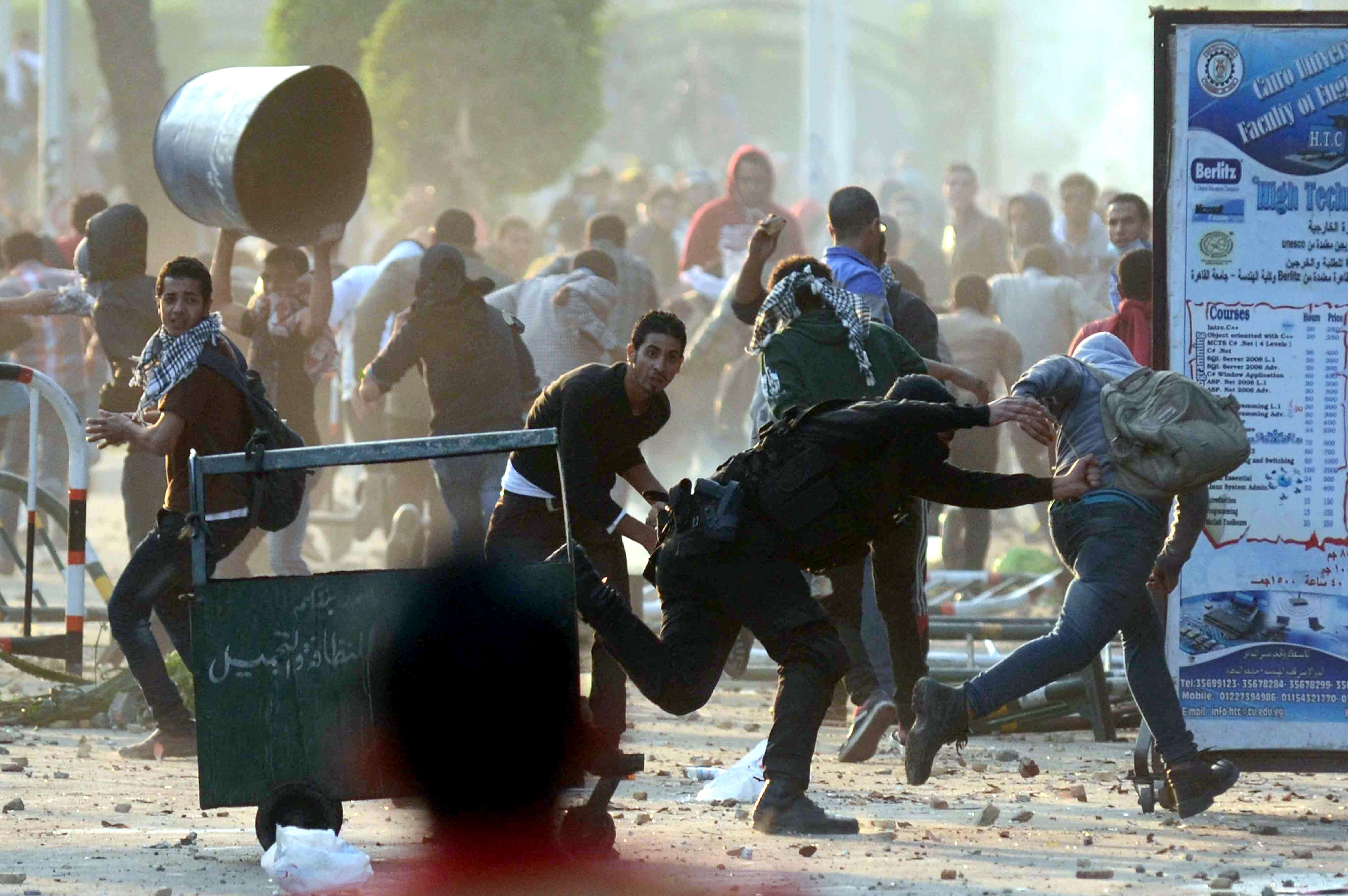 Minister of Higher Education and Vice President Hossam Eissa  downplayed the effect of protests on the educational process at Egyptian universities on Wednesday after saying that only five universities have been witnessing protests.

In a press conference highlighting important points from Wednesday’s cabinet meeting, Eissa said the Muslim Brotherhood’s political goal was to halt the educational process, one which he said “they have failed to implement.”

The Anti-Coup Alliance and Muslim Brotherhood websites said that students in different universities have been protesting “constantly against the coup”. However, Eissa claimed that the only universities with “noteworthy” protests were Cairo University, Mansoura University, Zagazig University, Assiut University and Ain Shams University.

“Any other protests are irrelevant… exams will be fully secured and will not be affected in any university around Egypt even if there were protesting,” Eissa added.

Al-Azhar students have been demonstrating against the death and detainment of fellow students since the dispersal of sit-ins at Rabaa Al-Adaweya and Al-Nahda Square on 14 August. The protesters’ demands gradually progressed to include the release of recently detained students.

On Tuesday Al-Azhar University President Osama Al-Abd announced that special accommodations would be made to allow students who have been arrested and imprisoned during the ongoing protests to take their final exams. Students will be taken to the university in police vehicles, and the exams will be administered in specially designated halls.

The Anti-Coup Alliance has been calling on students to continuously protest. Last Friday the coalition called on the students to protest peacefully before asking them to “demonstrate in a million-man march under the title ‘The Students Fire Up the Revolution’.”

On Tuesday the security office of Cairo University was set ablaze as per a video released on Youm7 newspaper’s online website. According to the video, several dozen protesters were standing within the university campus and throwing rocks at the security office door. A fire then broke out with security personnel still inside the office. Several students proceeded to stop the rock-throwing by other students and pulled out the individuals trapped in the office.

Students Against the Coup spokesman Ahmad Ghoneim confirmed the event Tuesday, saying that after security members assaulted a university march and apprehended one student inside the main security office at the gate, the protesters were worried the apprehended individual would be beaten, and thus attempted to break into the office. After freeing the protester, the room was set on fire.

Student protests continued on Monday as hundreds of students from Ain Shams University clashed with police outside the Ministry of Defence in Heliopolis.

Around 300 supporters of former president Mohamed Morsi were dispersed by police using teargas after blocking Khalifa Mamoon Road and bringing traffic to a halt during a march from the Ain Shams campus to the Ministry of Defence.