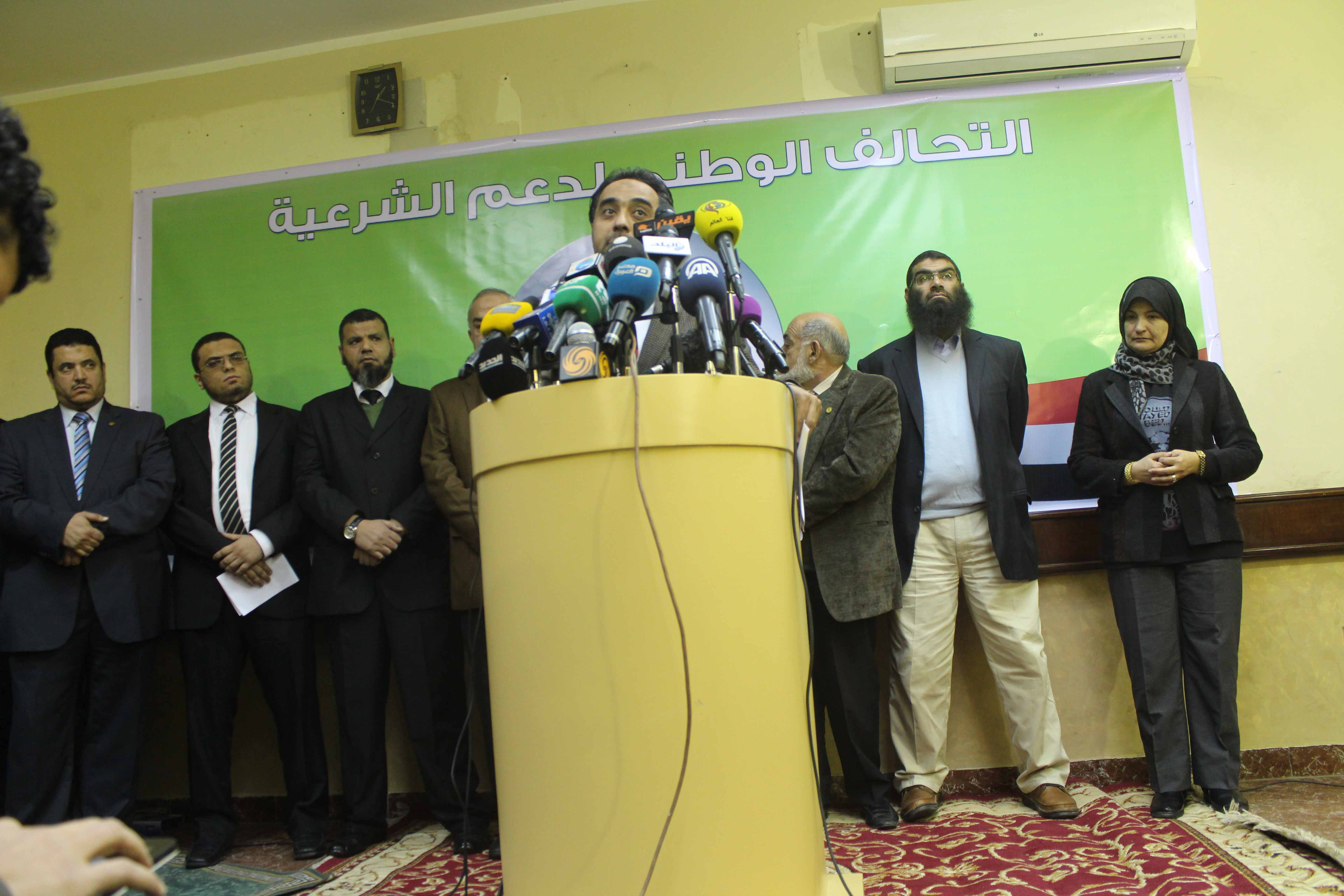 The Anti-Coup Alliance announced Sunday in a press conference their boycott to the referendum on the draft of the constitution.

In their statement the Anti-Coup Alliance divided their reasons for boycotting the constitution into political, legal and procedural. The alliance named the constitution “The Black Document” and proclaimed themselves on a mission to rescue Egypt from what they called “a bloody coup.”

The statement criticised the media campaign that is manipulating the masses to vote Yes, as well as the unknown consequences of voting No, and the possible fraud during the referendum because “the military and police forces are not objective as they are part of the coup.”

“Any participation in the referendum whether by yes or no would give legitimacy to the coup,” said Secretary General of Al-Istiqlal party Magdy Koranny.

When asked about Al-Nour [Salafi] Party and its support for the constitution, Saeed answered, “Al-Nour Party is a putchist party that only represents one segment of those supporting the coup. The party does not have popular support from the Salafi masses that became disappointed from its political stances adding that at this moment Al-Nour Party leaders only represent themselves.”

Mohamed Abdel Mawgood member of the Supreme Committee of Al-Watan Party asserted that the movement has always been peaceful, “unlike what the media portrays.”

Secretary General of Al-Wasat party Mohamed Abdel Latif refused to answer a question about the tendency of the alliance to compromise their demand of the return of former President Morsi to win in return allies from different political and revolutionary groups.

Belal Sayed Belal head of the student office of Al-Wasat party and one of the coordinators of Students Against the Coup said that “the violations” taking place in universities is bringing the student movement together and helping the students overcome their political differences. He added that “almost all independent student groups” refuse the constitution.

“The putchists detention of the icons of the revolution is a coup against 25 January [not just Morsi’s regime],” said Farouk.

The Anti-Coup Alliance was formed after the ousting of former President Mohamed Morsi back in July. The alliance is the current representative of the Islamist anti-military bloc opposing what they dub “the 3 July coup” by calling for protests, speaking to the media, coordinating with international delegations and developing political strategies.