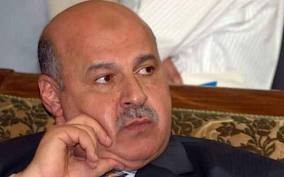 Former vice president Mahmoud Mekki, former justice minister Ahmed Mekki and several others were summoned for alleged role in founding of the Judges for Egypt group.

Those summoned by Judge Mohamed Shereen Fahmy also include former justice minister Ahmed Suleiman, state-run MENA reported. Both Suleiman and Ahmed Mekki had served as justice ministers under former president Mohamed Morsi, with Suleiman replacing Mekki in May after the latter submitted his resignation in April.

Ahmed Mekki told the Daily News Egypt, that he received an  order that stated that he should report to New Cairo Court in the Fifth Settlement on the 29 December in connection to an investigation but the order did not state whether he is being summoned as “a defendant or as a witness.”

Mekki added that the order does not even include information about the exact nature of the investigations.

An arrest warrant had been issued against Ahmed Mekki in September to testify in the lawsuit filed against 22 judges who oversaw the parliamentary elections held in 2005, which were allegedly rigged. The warrant was issued after Mekki was summoned to court but failed to show up.

Judge Fahmy also ordered investigations with 14 more judges for “taking up leading positions” in the Judges for Egypt group, which was known for openly supporting Morsi during his tenure.

A group of 75 judges from the independent group are already being questioned for their “affiliation with the Muslim Brotherhood.” Investigations of the judges are also being headed by Judge Fahmy. The investigations began in August after the accusation was raised against the 75 judges by members of the Judges Club, the de facto representative body of Egypt’s judiciary.