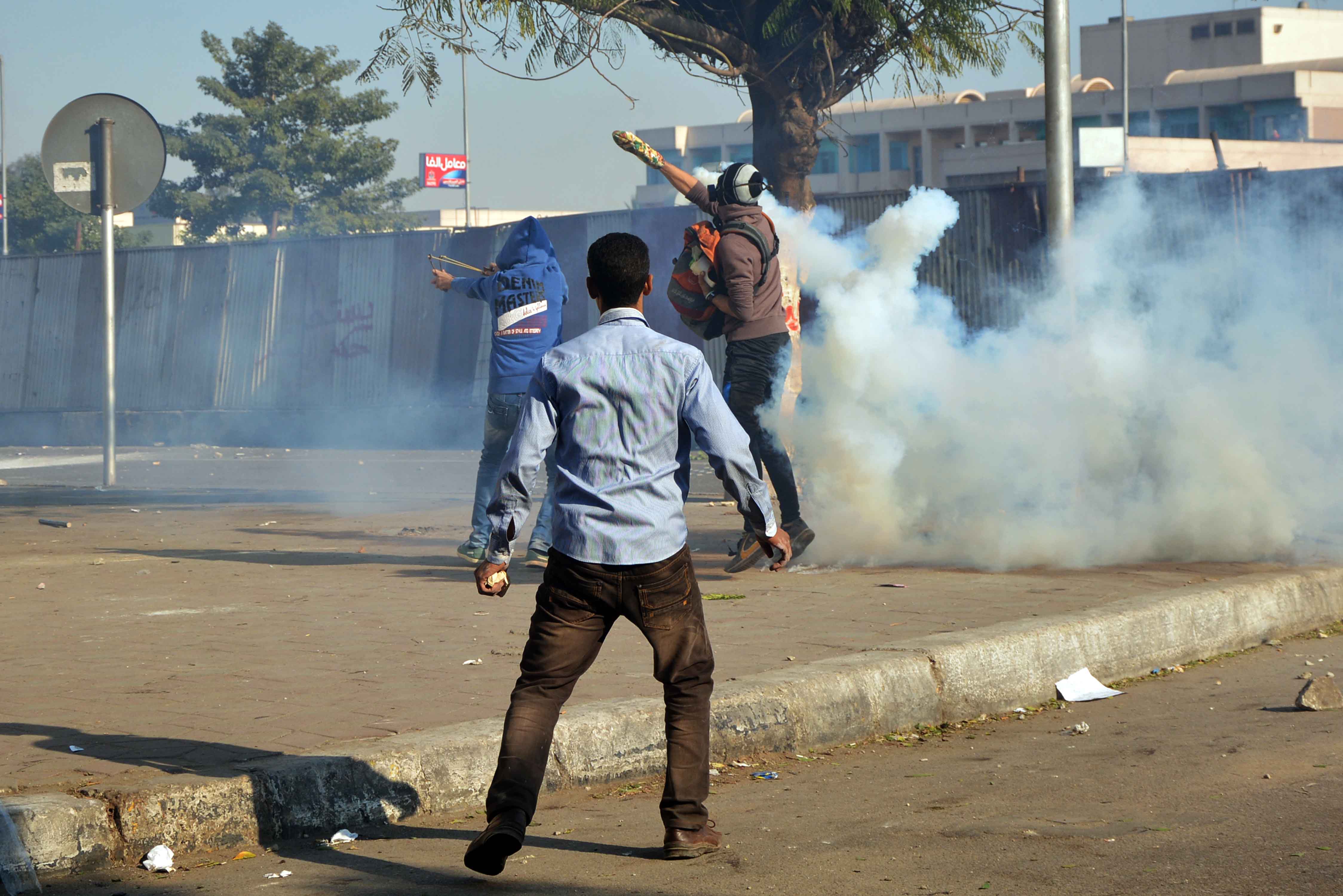 A march organised by Students Against the Coup (SAC) from Ain Shams University clashed with Security Forces in Al-Khalifa Al-Ma’moun Street on Monday.

Ministry of Interior’s media centre said that the protest was unapproved according to the Protest Law and blocked Al-Khalifa Al-Ma’moun Street and so was dispersed using teargas.

SAC said that there are several students injured with birdshots adding that 10 students were arrested according to their initial estimate.