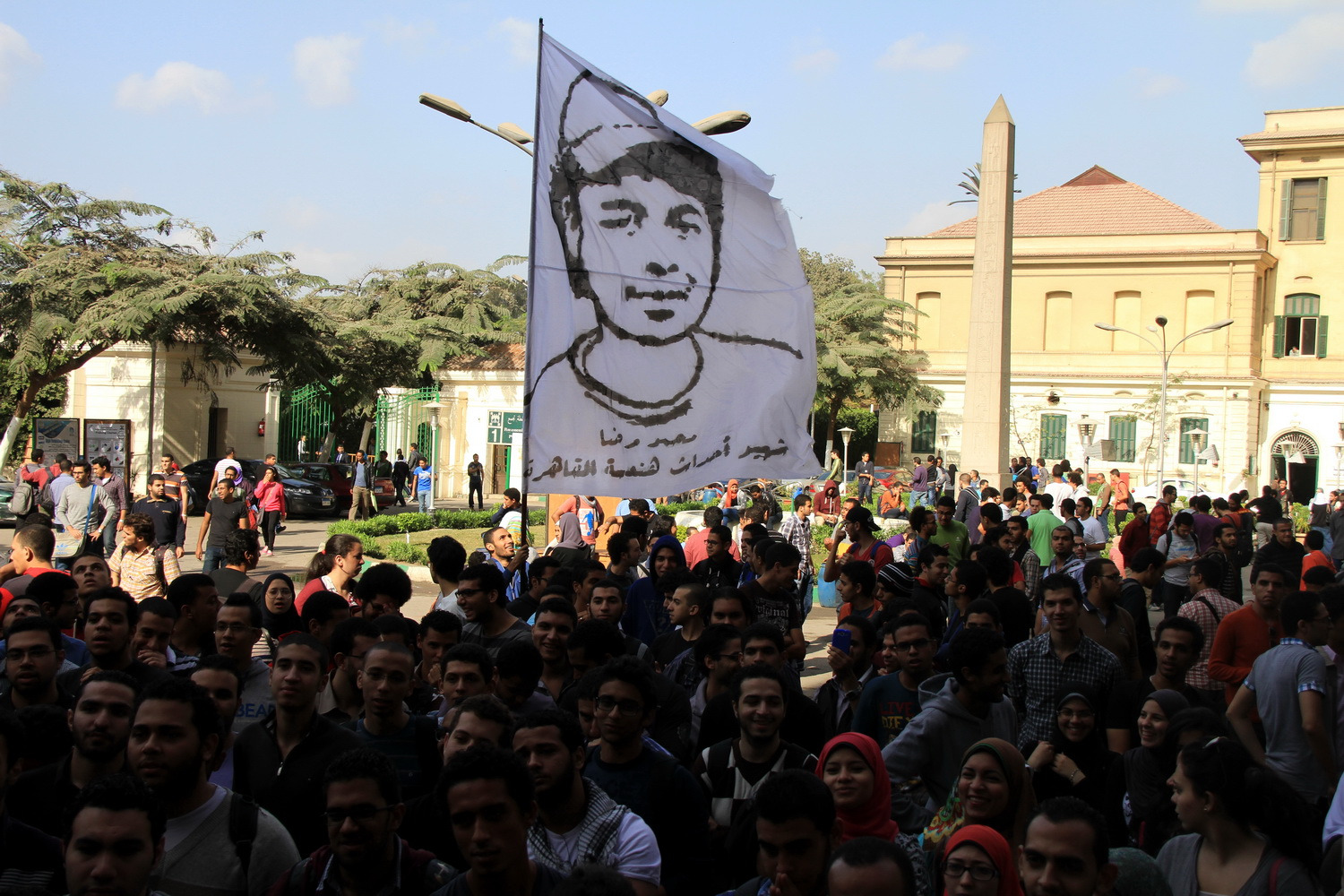 The mother of deceased Cairo University Student Mohamed Reda submitted to the Prosecutor General new evidence on Monday regarding the death of her son.

Reda was shot dead in late November after violence broke out between police and protesting students around Cairo University’s Faculty of Engineering.

The evidence submitted on Monday includes videos showing the violence. The videos were taken by other students who were present at the time, said Faten Moghazy, Reda’s mother. Moghazy claimed that the videos clearly show protesting students inside Cairo University’s Faculty of Engineering, blocking its gate, with police forces outside the gate shooting at protesters.

The Daily News Egypt could not obtain a copy of the 11 videos Moghazy submitted, for purpose of protecting the evidence.

Moghazy submitted the videos with the help of the Association for Freedom of Thought and Expression (AFTE), which is closely following the case. AFTE said in a statement released on Monday that the videos show Reda and colleagues facing off with Central Security Forces (CSF.) CSF personnel were allegedly armed with birdshot guns, riot guns, and teargas and pointing weapons at the students.

Moghazy said she was able to produce 51 screenshots from the videos clearly showing the faces of security personnel as well as other students who were injured during that protest. She added she will head to the public prosecutor on Tuesday to request that the new evidence be added to the ongoing court case. She would also request that students and security personnel who were identified in the videos be summoned for testimony.

Sherif Morad, Dean of the Faculty of Engineering, announced on 5 December, that the faculty investigated the incident and submitted the results of its investigation to the public prosecutor’s office.

“I am optimistic about the results of the investigation after adding the new evidence,” Moghazy said . She claimed that the new evidence leaves no doubt over the identity of the shooters.

Morad refuted the allegations that Reda was shot from inside the university and stressed that the fatal birdshots came from outside.

Protesters allegedly disrupted traffic and did not heed calls from the police to disband the demonstration prior to dispersal, per the statement. Security forces proceeded to use water cannons, chasing the students back into the university’s campus. The prosecution added that a group of students, including Reda, created a barrier between security forces and protesting students, when demonstrators fired several shots, wounding him in the chest and stomach.

The statement contradicted the story of 12 human rights and civil society organisations, which held the Ministry of Interior responsible for the death of the student. The organisations pointed to eyewitness testimonies they had acquired implicating the police in targeting protesting students with teargas and birdshot.