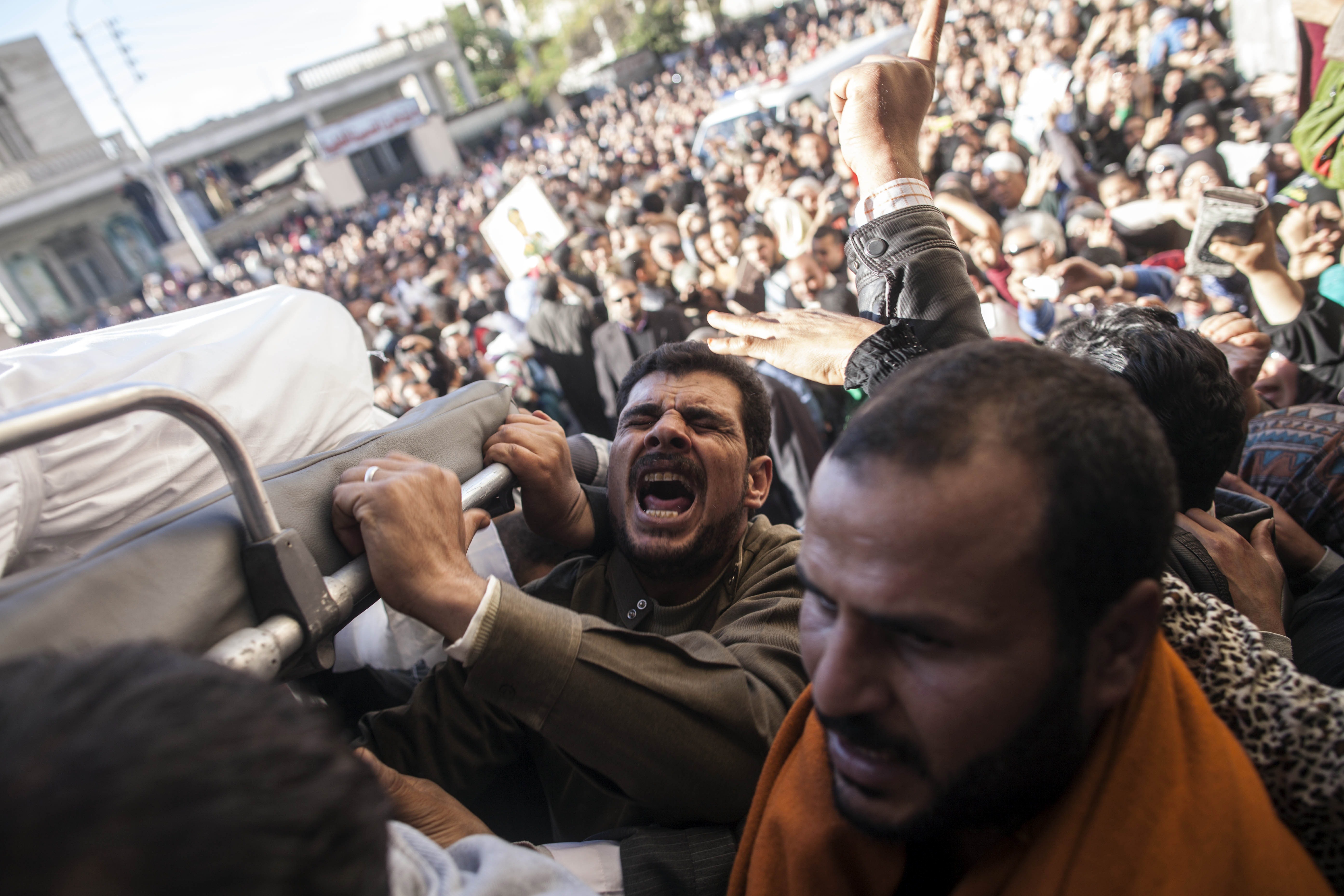 The death toll from Tuesday’s explosion at the Daqahlia Security Directorate in Mansoura rose to 16, according to the forensics authority, as Cairo International Airport police arrested a Muslim Brotherhood leader in connection with the attack.

Airport security authorities say they arrested a Daqahlia Muslim Brotherhood leader, Adel Younes Rashed, as he attempted to board a flight to Turkey, state-owned news agency MENA reported. Ministry of Interior officials could not verify his arrest.

Interim President Adly Mansour called on the defence and interior ministers to increase security measures while Prime Minister Hazem El-Beblawi headed a cabinet meeting on Wednesday to discuss the repercussions of the attack.

Joining a long list of people and organisations that condemned the attack, UN Secretary General Ban Ki-moon also expressed his condemnation of the attack and “stresse[d] that no cause can justify such acts of terrorism,” a statement by his spokesperson read.

Ban also said he was concerned by recent developments in Egypt and that he is “troubled by the deteriorating human rights situation and political climate,” mentioning  the contentious Protest Law, the police raid on an NGO and the sentencing of three prominent activists earlier this week.

Ban’s concerns echo a similar concern by the US earlier this week, which said that arrests and charges against opposition figures send a “chilling message to civil society”.

The US also said it condemns the deadly attack in Mansoura in the “strongest possible terms”.

“The United States stands firmly with the Egyptian people as they work to put their country on the path towards democracy, stability, and economic prosperity, in an atmosphere free from violence,” US State department spokeswoman Jen Psaki said.

Meanwhile EU High Representative Catherine Ashton “reiterate[d] the EU’s total rejection of terrorism in all its forms,” her spokesperson said in a statement.

Ashton expressed condolences for the families of the victims and stressed the importance of bringing the perpetrators to justice.

An explosion had occurred in the early hours of Tuesday, caused by a car bomb that targeted Daqahlia’s security directorate. In addition to the deaths, the explosion left more than 100 people injured.

It also resulted in the collapse of the façade of the directorate and inflicted damage on surrounding buildings.

Thousands in the delta city attended the burial of the victims on Tuesday afternoon.