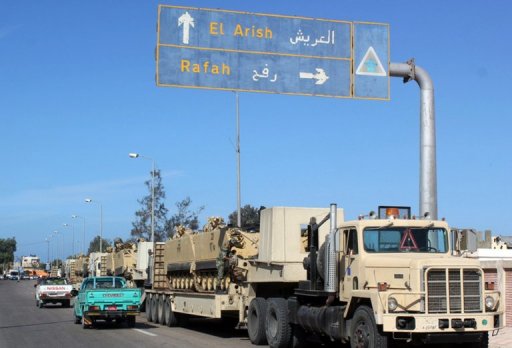 Three teachers were injured on the Arish-Rafah Road on their way to Al-Arish, after unknown assailants opened fire on a military tank escorting the vehicle.

The driver of the vehicle and his assistant were also injured.

The vehicle was transporting 20 teachers from Rafah, where they work, to Al-Arish. The attack happened near Al-Sadat village, between Rafah and Sheikh Zuweid.

The three teachers, the bus driver and his assistant suffered minor injuries and were transported to Al-Arish General Hospital.

Since the ouster of former president Mohamed Morsi in July 2013, Sinai has been constantly under attack.

On 20 November, 11 soldiers died and 37 were injured after a car bomb went off in the city of Sheikh Zuweid.