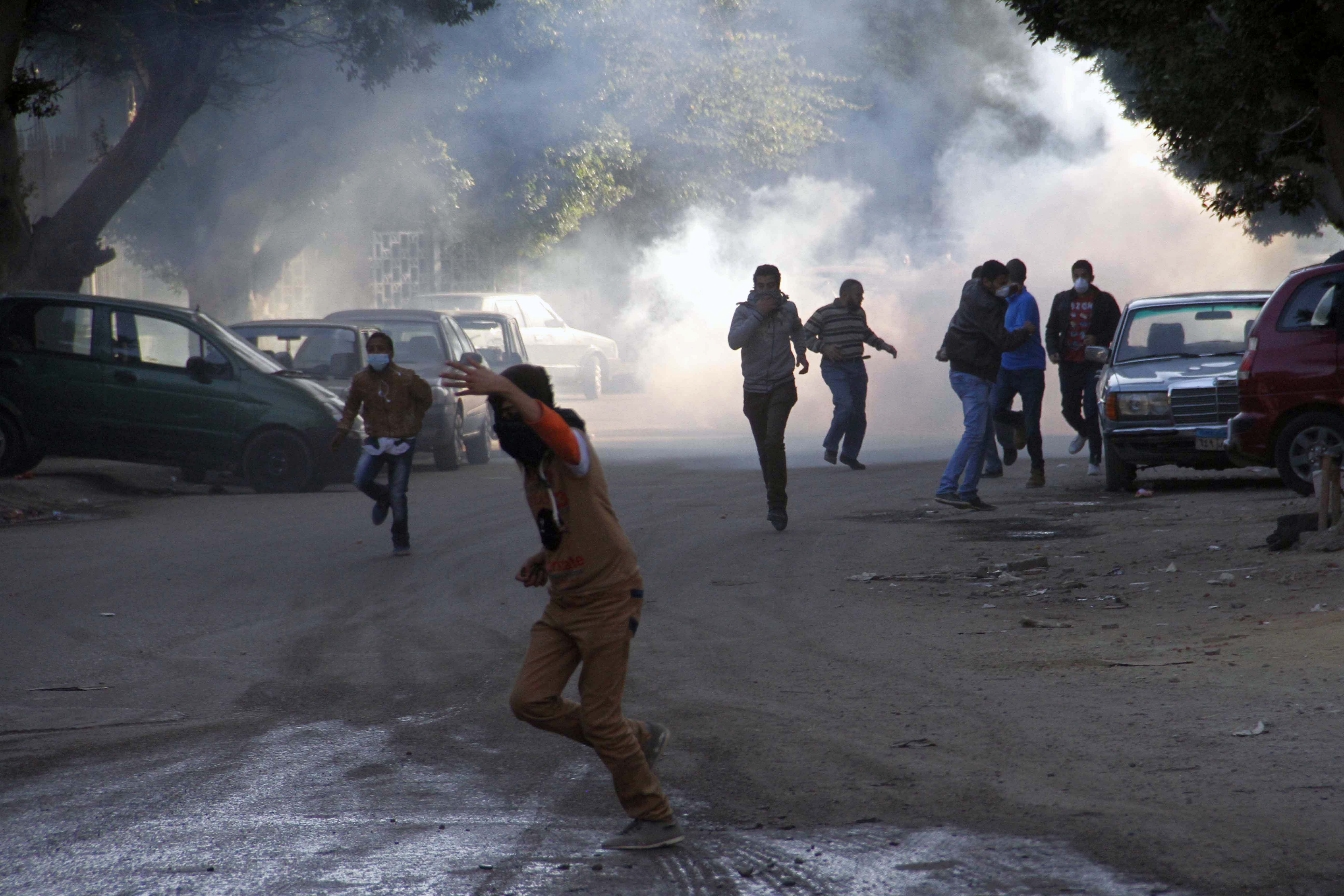 Violence sparked on Friday in Cairo continued into Saturday, leaving at least one dead in confrontations between security forces and protesters near Al-Azhar University, where students have continued demonstrating. The student was shot, according to the Ministry of Health, which added that four had been injured as violence continued into Saturday afternoon.

Turmoil surrounding Friday demonstrations left five dead and 56 injured across a number of governorates, according to the Ministry of Health on Saturday.

Fatalities during the day of protests occurred in the governorates of Cairo, Minya, Damietta, and Aswan according to state-owned Al-Ahram. The 56 injuries were reported to have occurred across Cairo, Giza, Minya, Ismailia, Fayoum and Suez.

The Ministry of Interior said it made 265 arrests on Friday. “Legal procedures are being carried out against the arrested Brotherhood elements in the framework of the cabinet considering the Muslim Brotherhood a terrorist organisation,” said the interior ministry in its Saturday statement. “Security forces continue their efforts to secure citizens and their property and address any acts that violate the law,” it added.

On Friday the interior ministry said it arrested protesters that had Molotov cocktails and “leaflets promoting the ideology of the Brotherhood terrorist organisation”.

The Anti-Coup Alliance, which is backed by the Muslim Brotherhood and other groups supporting the return of ousted president Mohamed Morsi to power, reiterated that it held security forces and members of the interim government responsible for the violence and the ongoing wave of arrests.

The alliance called for a “revolutionary rage week” and accused the interim government of “brutal practices against the poorest segments of Egyptian society igniting the revolution in every home” and condemned the authorities’ decision to classify the Muslim Brotherhood as a terrorist organisation.

The color of cities