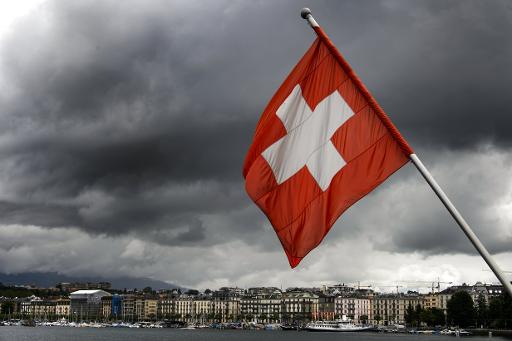 AFP- Swiss banks are scrambling ahead of a 31 December deadline to decide whether to join a US programme aimed at zooming in on lenders that helped Americans dodge taxes.

Around 40 of Switzerland’s some 300 banks have already said publicly they will take part in a US programme set up to allow Swiss financial institutions to avoid US prosecution in exchange for coming clean and possibly paying steep fines.

“What are the others going to do? That is the very big question,” Swiss business lawyer Douglas Hornung told AFP.

Washington alleges that Swiss banks have helped US citizens hide billions of dollars in assets from tax authorities, in a row that has soured relations between the two in recent years.

The two countries reached a deal in August aimed at ending the dispute, piercing a significant hole in the tradition of secrecy upon which the Swiss banking industry was built.

The banks have until the end of the year to decide whether to fess up to potential wrong-doing and hand over their files to US authorities, and thereby shield themselves from legal action, or take their chances outside the programme.

Picking the wrong option could saddle a bank with crippling fines, fees or a US indictment.

Banks that opened undeclared accounts for US clients — especially the ones that actively wooed such clients — should definitely join the programme, experts say.

“If one of the 10 to 15 banks the US Department of Justice already has in its files does not show up…, you can be sure there will be a BOOM in January,” Hornung said.

Switzerland’s one-time oldest bank Wegelin & Co., founded in 1741, discovered earlier this year the price of not coming clean to US authorities when given the chance: it was pushed out of business after being slapped with a $74m fine for helping wealthy clients avoid at least $20m in taxes.

Fourteen banks, including Switzerland’s second-biggest bank, Credit Suisse, are already officially under US investigation and will have no chance to skirt legal action.

The other banks can, however, opt-in to the programme by determining which of the three remaining categories they belong in.

Most so far are signing up for category two and thereby acknowledging they may well have had US clients with undeclared accounts.

“More banks have said they will go for category two than would be expected,” said Walter Boss, a tax lawyer with Poledna Boss Kurer AG in Zurich.

Category three, reserved for banks that aim to prove their innocence, “won’t be crowded, it looks like,” he said.

Especially surprising perhaps is that a large majority of the publicly backed cantonal banks, which are regionally based and have long insisted they never went after US clients, have opted for category two.

All the banks rushing to the confession booth have not necessarily committed any misdeeds though, experts say.

A number of banks insist they have only had a few US clients and have never done anything to encourage tax evasion, but have chosen to initially join category two for fear that a single tax-dodging American, even unbeknownst to them, could land them in legal qualms.

“I think the fears in Switzerland are too big when it comes to the United States,” said Peter Viktor Kunz, a business law professor at Bern University.

“I really hope that common sense prevails in the end,” he said.

Switzerland’s third-largest bank, Reiffeisen, and private bank Vontobel have for instance said they will opt for category three or four, reserved for local banks with no US clients at all, which should show some of the smaller banks with few US clients that the self-flagellating is unnecessary, Kunz said.

Banks in category two will face penalties equivalent to between 20 and 50% of the value of undeclared accounts, depending on when they were opened, not to mention towering legal and translation fees.

“Many of the smaller banks simply will not be able to afford this,” Hornung said, cautioning that a number of banks might go belly-up.

He urged banks that had done nothing wrong to opt out of the programme altogether, insisting that Washington was not interested in hunting down the minnows in the pond.

Confusion over how the US programme will be implemented means “the uncertainty is still there for many,” Kunz said, adding: “So no happy new year for them.”