Egypt is well-known for its haphazard driving system which cause traffic congestions and unfortunately accidents, which witnessed an increase in 2013.
The total number of accidents in Cairo and on travel roads in 2013 is 13,957 with a 24% increase from 2012

Total number of accidents on the top four roads: 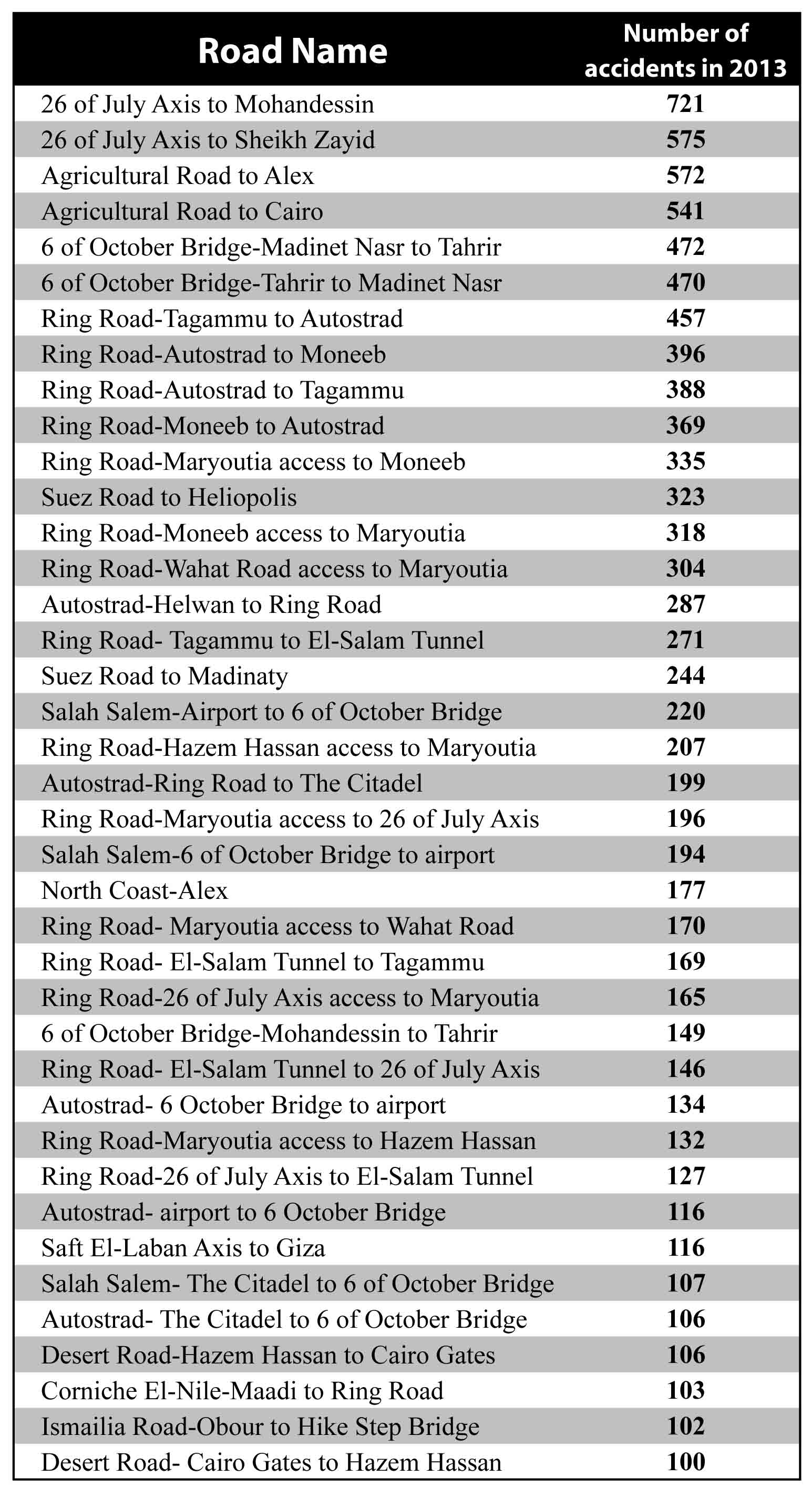 Bey2ollak: “We empower people to beat traffic together”.

Bey2ollak, a cross-platform mobile application for people to exchange information about traffic, uses the power of crowd-sourcing, social interaction, localisation and above all, simplicity. Our vision is to provide users with the ideal road companion in the form of an application for their everyday journey!

Bey2ollak is an “award winning” Egyptian start-up (winners of the “NexGen” and the “Start with Google” competitions).

The information provided by Bey2ollak is user-generated.