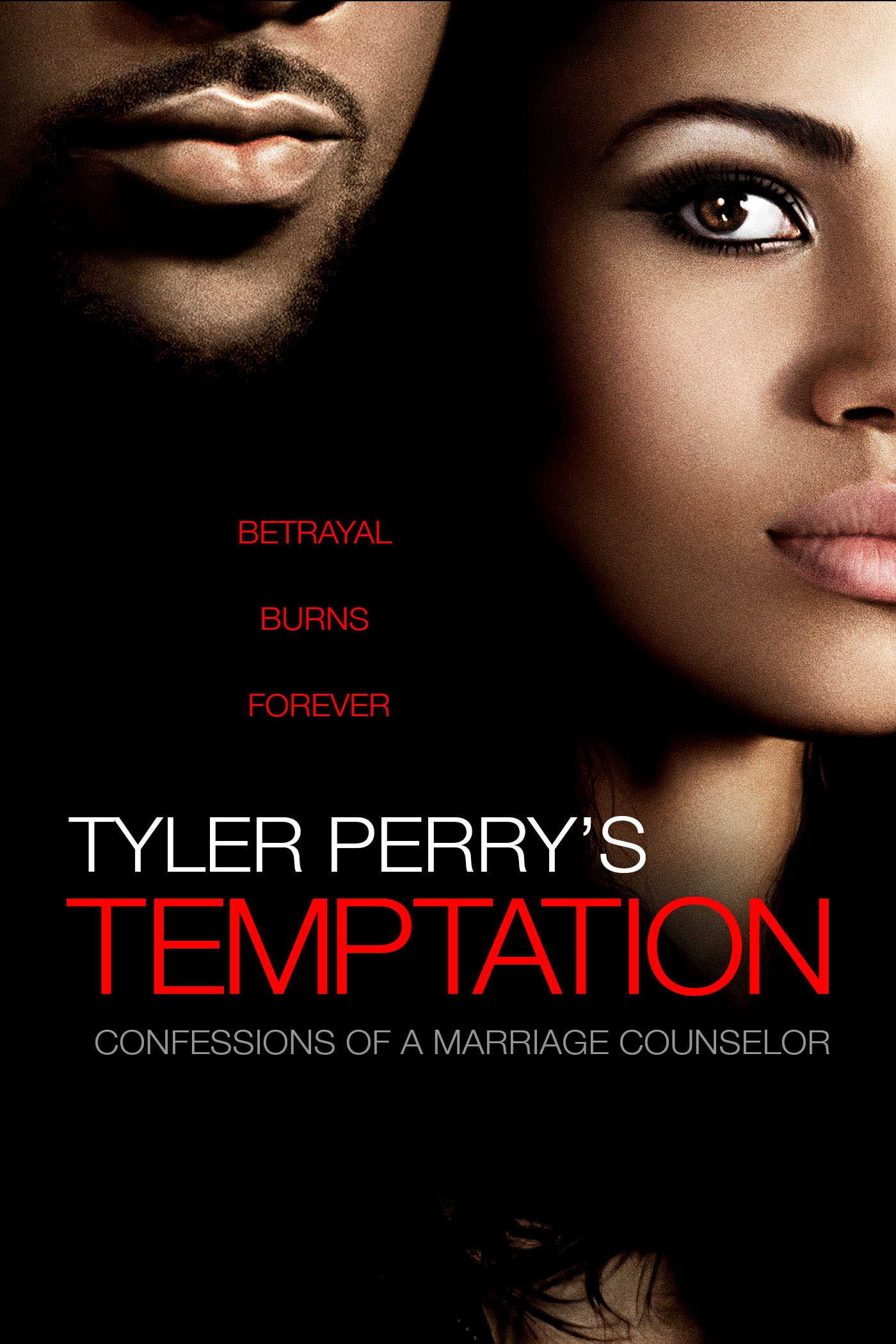 ‘A correct and proper image’

Egypt’s foreign policy since Morsi’s removal has been to portray a “correct and proper image” to the outside world; a phrase coined by Foreign Affairs Minister Nabil Fahmy during his first press conference in July.

Fahmy and several other Egyptian diplomats embarked upon a campaign to reiterate this message through high-level meetings with their host governments. Fahmy dispatched a team of diplomats on a tour of African nations following the African Union’s decision to suspend Egypt’s membership to its Peace and Security Council. Contacts intensified with European Union member states following a decision by the bloc’s Foreign Affairs Council to suspend export licenses that could be, “used for internal repression.”

The message conveyed by the ministry in the months that followed reflected the message that Egypt was not satisfied with Morsi’s performance and that his overthrow was due to the popular will of the people. The ministry also explained the conflict between Morsi’s supporters and the security forces within the context of fighting terrorism.

Neutral response from the US

Egypt’s relationship with the United States under Morsi was relatively stable despite criticism from Washington concerning the outbreak of sectarian violence in April.  There was some debate in the US Congress about cutting military assistance to Egypt, however this remained unchanged until July.

The White House opted to remain neutral over the circumstances of Morsi’s removal and expressed support for the interim government’s efforts to move towards new elections.

Despite its noncommittal stance towards the interim government, Washington announced in October that further deliveries of US military aid would be suspended pending further progress towards the election of a civilian government. Egypt formally objected to the decision, but both countries pledged to continue working together on issues of mutual interest.

The relationship was further strained when Egypt’s long dormant relationship with Russia – once Cairo’s strongest supporter during the period of the Soviet Union ­– was re-established.  Fahmy insisted that Egypt was not looking to replace one country with another, but rather to expand its list of partners and allies. State Department spokeswoman Jen Psaki also downplayed any damage caused to US interests amid stronger Egyptian-Russian ties.

Egypt’s relationship with Russia fundamentally changed following the ouster of Morsi. The Islamist president embarked upon a largely unsuccessful visit to Moscow after his requests for a US $2bn loan and wheat supplies were turned down.

In September, Fahmy travelled to Moscow for talks with his Russian counterpart Sergey Lavrov and Russia’s Security Chief Nikolai Patrushev.

Lavrov and Russian Defence Minister Sergei Shoigu both visited Egypt in November for the first high-level talks in decades. The Russian delegation participated in a 2+2 meeting with Fahmy and Defence Minister Abdel Fattah Al-Sisi, sparking media reports that Egypt was looking to replace US military aid after it suspended supplies earlier in the year.

Egypt’s foreign ministry later denied reports that an arms deal was the outcome of the meeting. Russia expressed its willingness to help finance Egypt’s nuclear energy aspirations and other development projects. An announcement in December stated that a second 2+2 meeting has been scheduled.

The relationship between Cairo and Ankara deteriorated quickly after Morsi was deposed. Egyptian-Turkish relations had strengthened during Morsi’s year in power, including closer coordination on regional issues such as the Syrian conflict and the Palestinian issue. Turkey also delivered a large portion of financial aid to Morsi’s government.

Turkish Prime Minister Recep Tayyip Erdogan openly opposed the removal of Morsi from power, describing it as a “coup” and criticised the interim government on numerous occasions. Erdogan claimed that Israel was responsible for Morsi’s overthrow. Egypt’s Foreign Ministry warned Turkey over the statements, accusing Erdogan of interfering in internal affairs. Both countries recalled their ambassadors in August. The Turkish ambassador returned in September, but Egypt has yet to return its ambassador.

The relationship reached a low point when Egypt expelled the Turkish ambassador, labelling him persona non grata. Ankara reciprocated within hours, resulting in the downgrading of diplomatic ties to the level of Charge d’Affaires.

During Morsi’s time in office the relationship with Africa focused on water issues as former Prime Minister Hisham Qandil hosted diplomats from the Nile Basin amid a dispute with Ethiopia over the building of the Grand Ethiopian Renaissance Dam (GERD) and the possible impact it could have on the water share Egypt could receive.

A diplomatic row followed the live broadcast of a national dialogue – unknown to some its participants – that attempted to publicly address the issue. Some later suggested that enhanced intelligence gathering operations were required in an attempt to destabilise Ethiopia.

Immediately following Morsi’s removal, the African Union suspended Egypt from its Peace and Security Council. The ministry rejected the decision and dispatched diplomats to various African nations to explain the circumstances that led to Morsi’s ouster.

Fahmy said in October that Egypt’s interim government is looking to re-position itself, “to regain its rightful place as a country of Arab identity and African roots.” Fahmy has made several trips to Nile Basin countries and the relationship with Ethiopia has improved as cordial talks continue over the GERD project. Fahmy insisted that in terms of water-related issues, “no alternative to cooperation between Nile Basin countries exists.”

The minister also travelled to Senegal in November, describing the visit as Egypt’s “first-step” towards engaging West Africa. He also said that Egypt can expect to start diplomatic efforts in Southern Africa in 2014.

Support from the Gulf

Relations between Egypt and the Gulf region were cordial under Morsi, but the welcome support from Saudi Arabia, Kuwait and the United Arab Emirates regarding his removal revealed some dissatisfaction. Qatar, a strong supporter of Morsi’s Islamist government, opposed his removal and tensions have increased since July.

Saudi Arabia, Kuwait and the UAE initially pledged a total of $12 bn worth of financial assistance to Egypt. By the end of December approximately $8 bn had been transferred to Egypt.

Egyptian policy towards the Syrian conflict under Morsi saw an open endorsement of the country’s anti-government rebels and support of the jihad called by the Muslim Brotherhood. Morsi also advocated for the establishment of an international no-fly zone.

Fahmy stressed in his first press conference that jihad was not option in Syria, while voicing the interim government’s opposition to the possibility of foreign military intervention in the conflict. The ministry stressed that it would pursue efforts to reach a political solution to the crisis.

Egypt has also come under scrutiny for the treatment of Syrian refugees who flee to Egypt. Human Rights organisations, including Human Rights Watch, have released reports condemning Egyptian authorities’ treatment of the refugees. The ministry has denied the allegations and stressed that the refugees are treated like “brothers and sisters.”

Egypt’s stance on Palestine remains unchanged under the interim government. The relationship with Hamas, the ruling power in the neighbouring Gaza Strip, has rapidly deteriorated since the summer.

Hamas, which is an offshoot of the Muslim Brotherhood, had been accused of interfering in Egypt’s internal affairs and were forced to deny that it played a part in attacks on the Sinai Peninsula following accusations made by Egypt’s armed forces.

Fahmy has expressed support for the Palestinian people during on-going negotiations with the Israel. He has condemned the building of new Israeli settlements and attacks on the Al-Aqsa Mosque in Jerusalem.