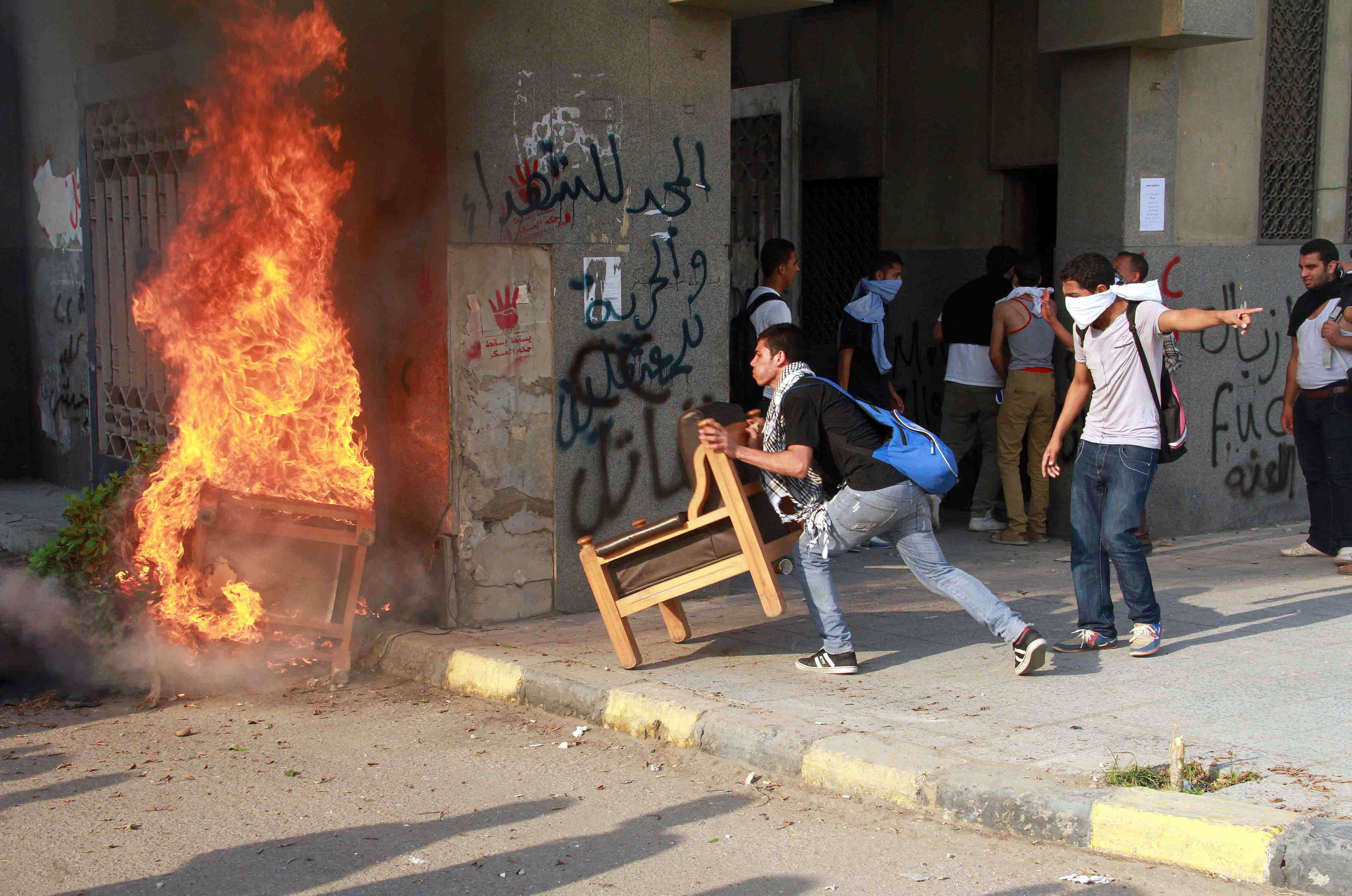 Egypt’s student death toll reached four in 2013 after clashes at several university campuses. The deaths occurred in November and December 2013.

No official statistics for the death toll of university students who died during political events currently exists.

The government’s 25 December decision to list the Muslim Brotherhood as a terrorist organisation was followed the next day by a ruling of the Supreme Council of Universities allowing armed, uniformed police personnel to be on campus during state examinations.

The most significant sentence of 17 years was handed down to 12 Al-Azhar students, with a EGP 64,000 bail. An appeals hearing was set for 4 February.

Violence at Egypt’s universities has been escalating since clashes at Al-Azhar University on 30 October, where members of the Students Against the Coup group broke into and vandalised the university’s administrative building. University Chairman Dr Ossama Al-Abd requested that the prosecutor general send security forces to help restore order.

Engineering students at Zagazig University had the longest successful student strike in 2013, which lasted from 16 to 25 November. It was organised by the Faculty of Engineering Student Union as a protest against the arrest of four students from different political ideologies, the tear gassing and arrest of students by security forces when storming the campus and the intrusion of anonymous elements that assaulted students and vandalised university property.

The demands of the students were communicated in a closed meeting with representatives of the Interior and Defence ministries, as well as interim President Adly Mansour. The students demanded the release of all detainees to allow them to sit their exams, the hiring trained administrative security forces, the resignation of the interior and education ministers and the creation of fact-finding committees that would include students in their investigations of violations at Egyptian universities.

The performance of Student Union President Mohamed Badran upset the majority of independent students who supported him against his rival from the Muslim Brotherhood on 23 April. Several groups including Al-Midan said that Badran no longer represented the students, describing his political stance as being in line with the government. Badran was quoted as saying that the students were, “Brain washed by the Muslim Brotherhood…and that engineering student Mohamed Reda was shot by members of the Brotherhood with a type of birdshot not used by the interior ministry.”

Administrative turmoil hit Egypt’s universities as a court order issued by the Supreme Administrative Court in April as the return of the campus of what is now Zewail Science City to Nile University was not executed. Zewail Science City is still receiving funding and accepting new students, disregarding a court order that prevents the return since it does not have an official campus. The court’s verdict was appealed by Zewail City, but the judge recused the case in December, stalling the legal process.