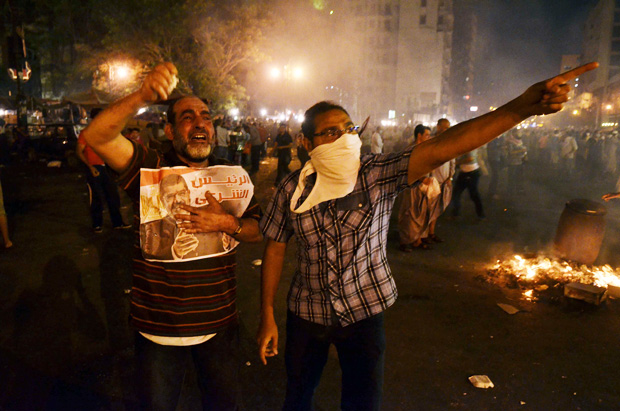 The Bab Al-Sha’reya Misdemeanour Court sentenced 138 protesters on Monday to two years in jail with hard labour, after they were found guilty for crimes during the first Ramses square clashes, reported state run newspaper Al-Ahram.

The events date back to the 15 July clashes in Ramses Square when pro-Morsi protesters and  street vendors faced off.

The clashes left two dead and 134 injured. Former spokesman for the Ministry of Health and current head of the Critical Conditions Department Khaled Al-Khatib said that five had been killed and 114 injured in Al-Nahda Square and around Cairo University on the same day.

A total of 19 members of the security forces had been injured in the clashes and at least seven of those wounded had been admitted to hospital after being hit with birdshots.

Four-hundred people were arrested that day and were detained in several police stations and detention facilities.