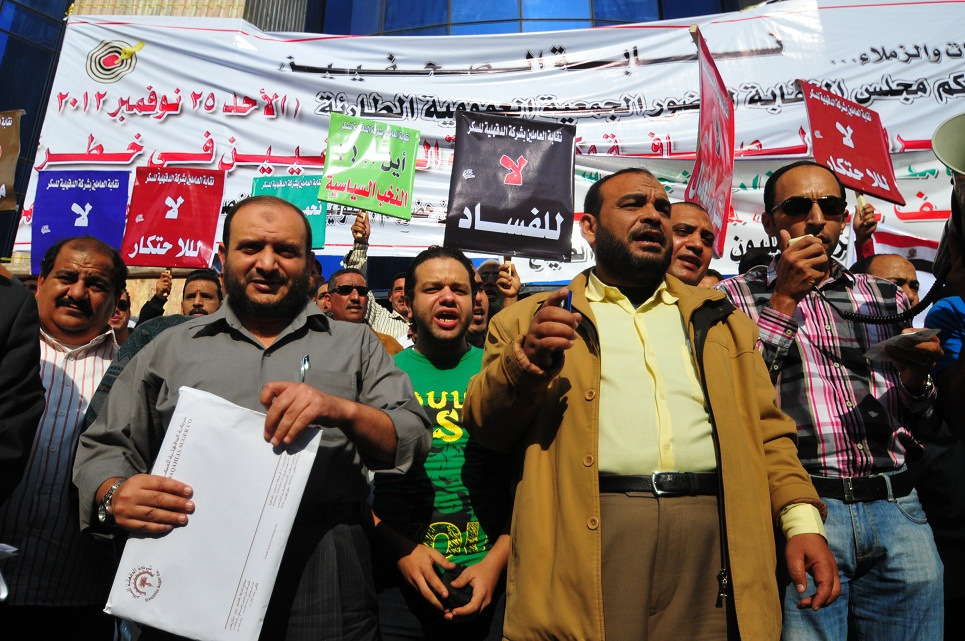 Egyptian workers held 2,486 protests in 2013, 2,243 of which took place during the reign of ousted former President Mohamed Morsi. A total of 243 protests were held under the military-backed interim government.

April registered the highest number of demonstrations for the year with 448.

During Morsi’s last month in office 288 protests took place. That total dropped sharply to 46 immediately after his removal from power.

The number of protests rose slightly in August to 55, but declined in September to only 45.

A sharp decline was witnessed in October, with only 25 protests held.

November registered the highest number of protests after Morsi’s ousting with 61 taking place during the month. Only 11 protests were recorded in December.

Workers held 912 demonstrations and marches in their protests, 36.6% of those recorded in 2013.

There was a total of 10 protest-related suicide attempts during the year, only one of which was successful. A worker in the customs department of Port Said killed himself while demonstrating for increasing wages.