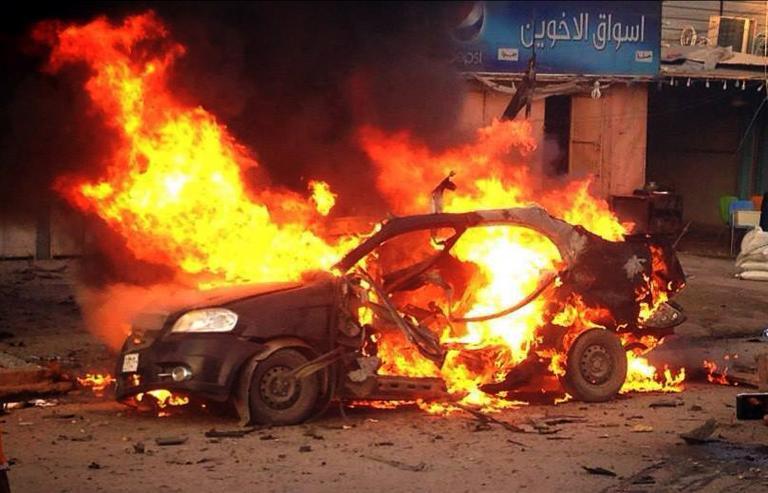 AFP  – Violence in Iraq surged in 2013 to its worst level in five years, figures released Wednesday showed, fuelled by discontent among the Sunni Arab minority and the civil war in neighbouring Syria.

Bombs tore through markets, cafes, football fields and mosques, militants assaulted prisons, police stations and other government facilities, and families were killed in their homes.

And while Iraqi security forces carried out widespread operations targeting militants, they have yet to curb the violence, and the mass arrests they sometimes make may ultimately contribute to the problem.

“One has to go back to 2008 to find comparable levels of violence,” Iraq Body Count, a Britain-based NGO that tracks violence in Iraq, said in a statement.

“In 2013, the trend is in the opposite direction, with around two thirds of the deaths occurring in the second half of the year,” it said.

“If current violence levels continue unabated throughout the coming year, then 2014 threatens to be as deadly as 2004, which saw the two sieges of Fallujah (by US forces) and Iraq’s insurgency take hold.”

Death tolls vary widely, but all point to a sharp rise in violence.

Tolls for intervening years were much lower, sometimes less than half the 2013 figures.

“This is a sad and terrible record which confirms once again the urgent need for the Iraqi authorities to address the roots of violence to curb this infernal circle,” UN envoy Nickolay Mladenov said in a statement.

In 2013, militants repeatedly targeted civilians but also hit targets that should have been highly secure.

In July, for instance, militants carried out coordinated assaults on the Abu Ghraib and Taji prisons near Baghdad, freeing hundreds of inmates and leaving dozens of people dead.

One is widespread discontent among Iraq’s minority Sunni Arab community, members of which say they are marginalised by the country’s Shiite-led government and unfairly targeted by heavy-handed security tactics.

Sunni anger has made it easier for militant groups to recruit and operate, while eroding the public’s cooperation with security forces.

Anti-government protests broke out in Sunni-majority areas of Iraq at the end of 2012 and continued for over a year.

On April 23, security forces moved on a protest site near the northern town of Hawijah, triggering clashes in which dozens died, sparking a wave of revenge attacks and sending death tolls soaring.

“Tensions have been gradually rising since late 2012, but the storming of the anti-government protest camp in April and subsequent killing of protesters prompted a violent backlash by armed members of the Sunni community,” said John Drake, a security specialist with risk management firm AKE Group.

“Radical Islamists have taken advantage of this by escalating their attacks, gradually eroding the effectiveness of the security forces,” he said.

On Monday, security forces tore down the country’s main anti-government protest camp west of Baghdad. Clashes broke out in the area as the camp was removed, and continued into Wednesday.

The Syrian conflict has also played a role in the heightened violence, with the Islamic State of Iraq and the Levant, an Al-Qaeda linked group, launching attacks in both countries.

“The rise in fighting in neighbouring Syria has given (militants) a strategic boost. They now have the opportunity to create some sort of a safe-zone crossing the border of the two countries in which they can operate with minimal interference from the authorities,” Drake said.

“This will allow them to conduct training, build bombs, raise funds and gather recruits, allowing them to bolster their power and prepare for more” attacks.