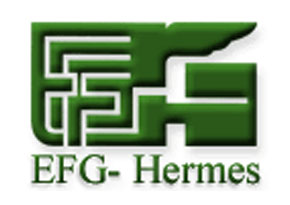 Reuters – EFG Hermes, one of the largest investment banks in the Middle East, said on Thursday it had appointed Khalid Ellaicy, former chief financial officer (CFO) of Orascom Telecom, as its new CFO.

EFG said Ellaicy would assume his duties immediately having served at Orascom Telecom as CFO for two years. It noted he had also been CFO of Bahraini telecoms group Batelco, but did not say who he was replacing.

“Khalid has proven capabilities in managing cost efficiency, improving profitability and increasing shareholder value,” Karim Awad, co-CEO of EFG, said in a statement. “In his new role he will help ensure that we continue to operate as a lean organization with maximum efficiency across all lines of business.”

EFG also said it had recently acquired a 65 percent stake in Credit Libanais as it seeks to expand into retail and commercial banking.

The move comes eight months after the failure of a planned tie-up with Qatar’s QInvest, under which EFG would have spun off some of its assets to create an investment bank with operations spanning the Middle East, Africa and Turkey.

No-one at EFG could immediately be reached for further comment.

Shares in EFG, which said in November its third-quarter net profit rose 38 percent from a year earlier to 116 million Egyptian pounds ($16.8 million), were trading 1 percent higher by 0950 GMT.