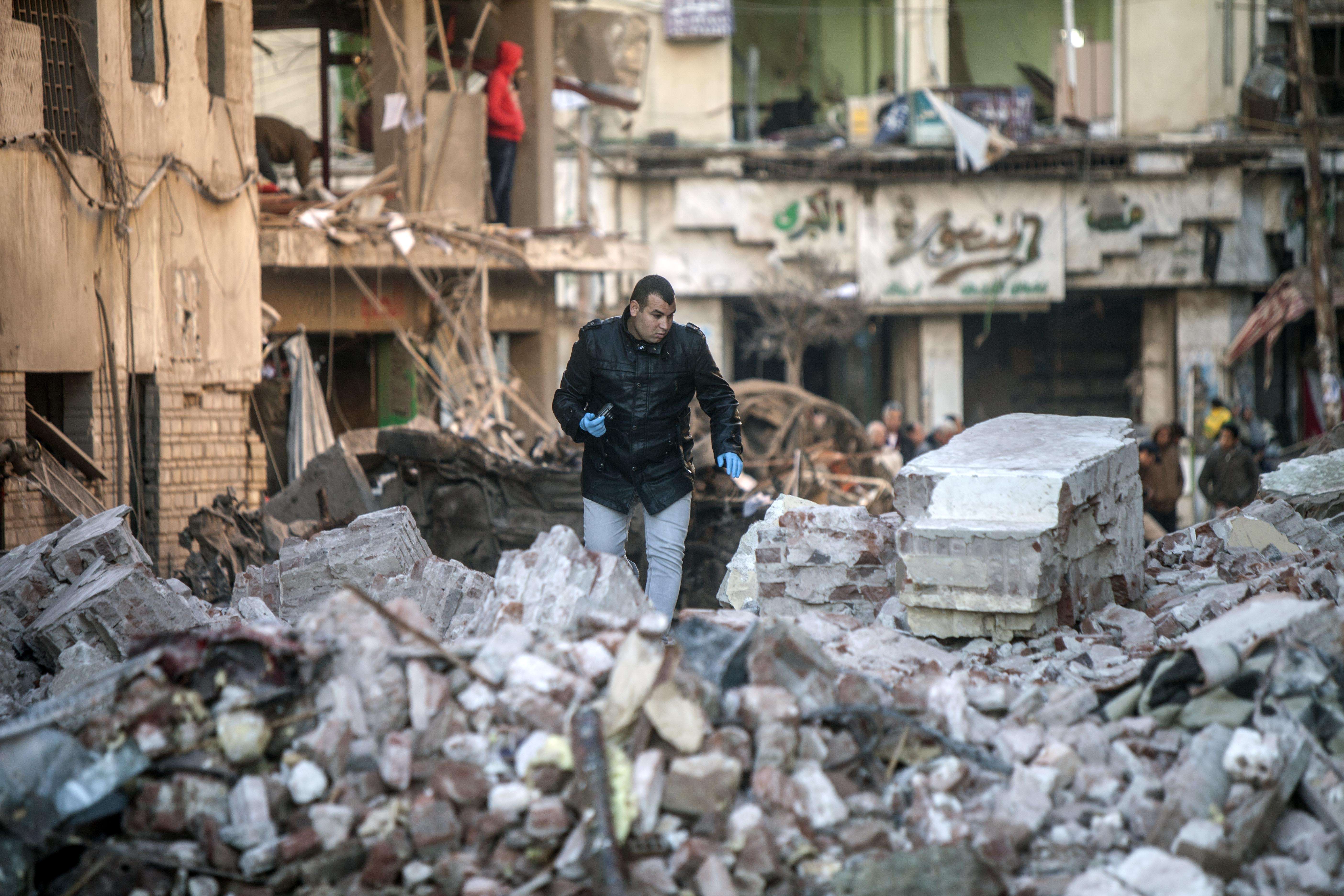 Three improvised explosive devices (IEDs) went off inside the Shubra El-Kheima police station on Wednesday night, incidentally during investigations with the registered convict who allegedly created them.

Police have arrested the man, who is a registered convict and wanted, on Wednesday night in possession of a plastic bag containing 16 IEDs.

The Ministry of Interior described the IEDs as small “rolls containing explosive materials”.

He was taken to the police station where he confessed to creating the IEDs for the purpose of using them in clashes, state-run MENA reported.

During investigations, the man kicked the plastic bag, causing three of the IEDs to explode. Three policemen were hospitalised after the explosions left them with cuts and wounds.

The state prosecution has ordered the formation of a committee to measure the damage caused by the explosion.

Shubra El-Kheima is one of the largest cities in Egypt and is located in the Qalubiya Governorate, north of Cairo.

Police managed to defuse another IED in El-Marg, a suburb of Cairo on Thursday morning.

Egypt has witnessed several explosions across the nation in recent days, the deadliest of which was the explosion at the Daqahleya Security Directorate in Mansoura on 24 December which left 16 people dead and over 100 injured.

On Sunday, an explosion near the military intelligence building in Anshas, Sharqeya resulted in the injury of four soldiers.

On 26 December, an IED went off in the Nasr City neighbourhood of Cairo, injuring five people.