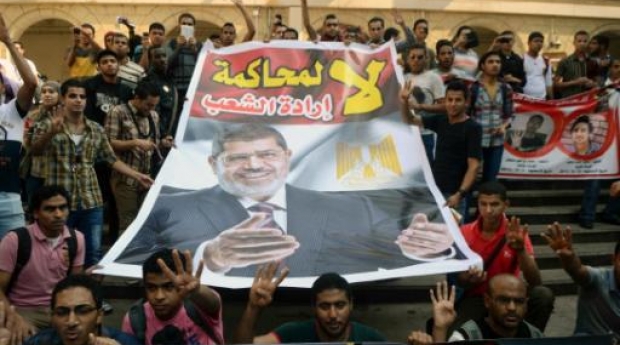 The team has previously said on 16 August and on 15 November that, following their investigations, they have gathered evidence showing that members of the “military, police and political members of the military regime have committed crimes against humanity”.

On 16 August, head Lawyer Tayab Ali said, “It is crucial that the actions of the military in Egypt are quickly and thoroughly investigated and that those found to have committed crimes against humanity are arrested and brought within the jurisdiction of the International Criminal Court without delay. In addition, the UN Security Council should take immediate steps to prevent further atrocities occurring in Egypt.”

Another member of the legal team, Michael Mansfield, said, “The essence of this initiative is respect for the rule of law, the fundamental rights of democratic self determination and to life itself. Without accountability for their violation through the organs of international justice there will be a steady descent into a quagmire governed by vindictive retribution and the sword of hatred.”

The appointment came after the dispersal of two sit-ins organised to express dismay over the removal of FJP representative and Muslim Brotherhood member Mohamed Morsi as president, the security actions resulting from which subsequently led to the death of hundreds of demonstrators.

Morsi was ousted by the military after widespread protests that occurred between 30 June and 3 July.

A press conference will be held in London on Monday to detail further information concerning the complaint.

The International Criminal Court (ICC), governed by the Rome Statute, is the first permanent, treaty-based, international criminal court established to try perpetrators of human rights violations, which are identified as crimes against humanity. Although Egypt has signed the Rome Statute, it has not ratified the treaty rendering its jurisdiction ineffective within Egypt’s domestic legal system.