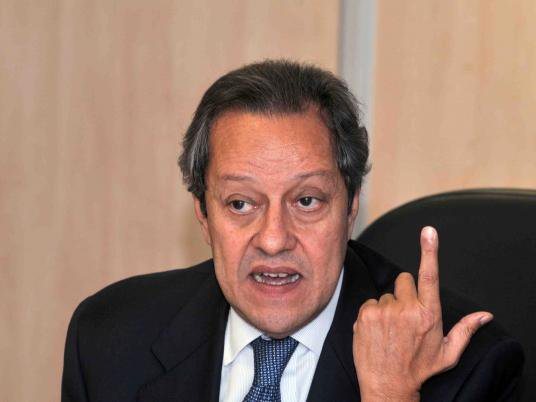 The Egyptian-Saudi Businessmen Association plans in 2014 to attract 200 companies to invest in Egypt with a total of EGP 2bn. In addition to, establish a fund for small and medium enterprises with a capital of EGP 100m.

Large numbers of Saudi businessmen expressed interest in investing in Egypt during the association’s launch party last Thursday. Several Saudi businessmen attended the celebration including Abd El-Rahman El-Sharbtly, Fahd El-Shobokshy, Abd Allah El-Raghy and board members of the Saudi Business Council as well as the board of Saudi Chambers.

In his speech on behalf of Prime Minister Hazem El-Beblawi, Abd El-Nour stressed, “The government is keen to attract further labor-intensive investments allowing technology transmission to increase the added value”.

“All of the laws and investment regulations have been revised in order to create an investment climate that attracts investors and foreign investments in the coming period”.

The Minister of Investment, Osama Saleh said, “Saudi Arabia is one of the oldest investing partners in Egypt. It is second in non-petroleum investments in Egypt with a total of $628m spread over 3,000 companies in different industries that include tourism, services and increasingly agriculture following the January 25th Revolution,” He also said that the government hopes to increase Saudi investments into the Egyptian market in the coming years”.

The Saudi Ambassador in Cairo, Ahmed Kattan said, “Trade between the two states has continuously grown since the January 25th Revolution. It now exceeds $5bn.”

The Association’s Chairman, Mohamed Abdallah El-Raghi emphasized that, “The Association was established on the basis of the uniqueness of Egyptian-Saudi relations, which needs to exploit the available capabilities and opportunities of both states through increasing investments and trade.”

The Association’s General Secretary Ahmed Darwish Sabry said that the Association is targeting 200 companies with investments totaling EGP 2bn. A fund that supports small and medium enterprises with a capital of EGP 100m has been established and the Association is finalising the details needed to establish offices in Jeddah and Riyadh. Sabry also announced, “The Association will hold a conference next March in regards to the legislation that regulates the investment climate in Egypt”.

On the sidelines of the Association’s inauguration celebration, the Ministry of Agriculture, United Bank and Egyptian-Saudi Businessmen Association signed a memorandum of understanding. The memo obliges the Ministry of Agriculture to provide 50,000 agricultural feddans, upon which the Association and the Bank will undertake some feasibility studies and forecast projected funding for this project. Launching this project will aim to attain Egypt’s food security, creating 10,000 direct and indirect job opportunities with the total investments exceeding EGP 2bn.