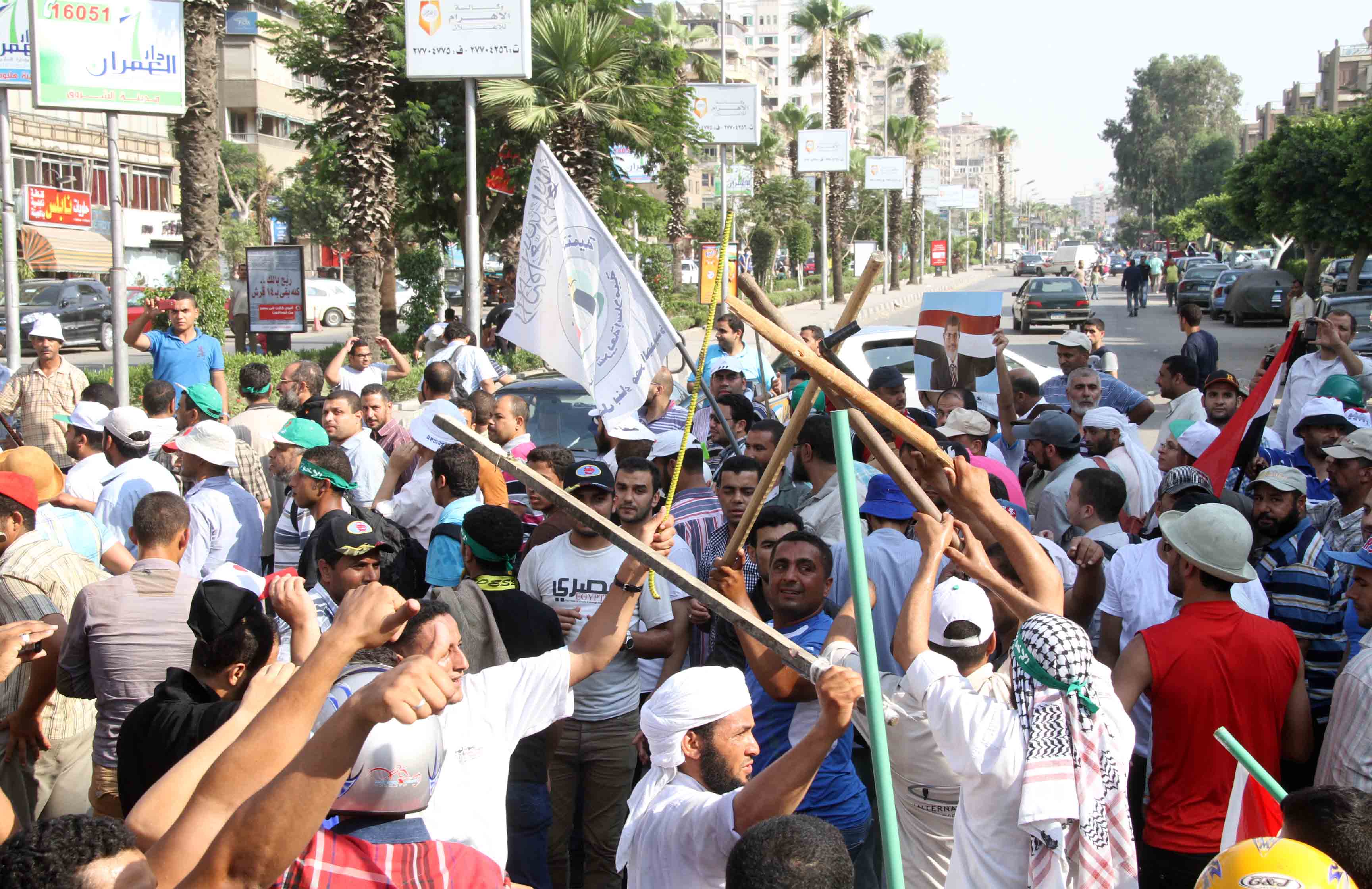 The activists were initially charged with arson, vandalism and theft.

The activists’ defence team member, Taher Abul-Nasr, said that they were sentenced for arson. The vandalism charge was omitted due to Shafiq’s earlier retraction of his complaint and the defendants were found innocent of theft.

Abul-Nasr said that the defence team will appeal the verdict; thus, a new trial will take place  before the Cassation Court, the date of which has not been specified.

Abdel Fattah is detained on remand after he was referred along with 24 others to the Cairo Criminal Court on 9 December 2013 over charges of blocking roads, illegal assembly, protesting without a permit, acquiring melee weapons during a protest and attacking, injuring and stealing the personal wireless device of a public servant during the dispersed Shura Council protest on 26 November 2013. The court has not yet set a date for the trial.

Abdel Fattah did not attend the court session held at the High Court due to “security reasons”, according to No Military Trials for Civilians activist group member Maha Ma’moun, despite an official demand, submitted by the activist’s family to prosecution, that he should attend the session.

Ma’moun added that representatives from the Dutch and French embassies in Cairo attended the court session.

Rights lawyer Malek Adly said the verdict was “politicised”. Adly added: “The court attempted to balance between the case file, public opinion and homeland security instructions; this is a disaster.”

Incidents leading to this case date back to 2012 when the headquarters, located in Dokki, were burnt on 28 May 2012. Shafiq, then a presidential candidate, initially accused Abdel Fattah, his sister Mona Seif and ten others of starting the fire.

Shafiq later dropped the lawsuit on 4 June 2012, saying in a press release that he will not be “a stick to hit revolutionaries” and that the Muslim Brotherhood fabricates charges against revolutionary activists. However, investigations regarding the fire continued until the prosecution decided to close the case.

Former Prosecutor General Tala’at Abdallah decided to re-open the case in May 2013 in an effort that was described earlier by Mahmoud Belal, a lawyer for the activists, as “a Brotherhood attempt to settle accounts with the accused”.

Abdel Fattah faced charges of allegedly inciting violence against Muslim Brotherhood members under former President Mohamed Morsi. He was also detained for two months in 2011 under the rule of the Supreme Council of the Armed Forces (SCAF) for allegedly assaulting soldiers during the attacks carried out by army forces against a predominantly Coptic protest outside the Maspero building in October 2011. The activist was also arrested and detained under former President Hosni Mubarak.