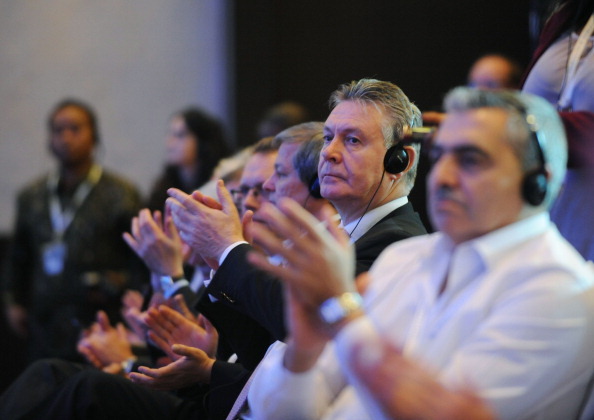 Trade and Industry Minister Mounir Fakhry Abdel-Nour met on Sunday with various leaders of the country’s business unions and organisations to discuss the benefits of  the Bali Package, according a statement from the Federation of Egyptian Chambers of Commerce (FEDCOC).

The Bali Package, approved in December during the 9th Ministerial conference of the World Trade Organisation (WTO), includes documents on trade facilitation that entail speeding up the  procedures for clearing customs at ports, which often present significant delays and costs, especially in poorer countries.

The International Chamber of Commerce (ICC) expects the package will, “Reduce cross-border transaction costs for companies by 10-15%, which is significant for businesses in all sectors and of all sizes around the world.”

The ECICC was established with the purpose of representing Egyptian economic entities before the ICC, including agriculture, industry, tourism, banking and insurance groups, in addition to the Egyptian Central Bank and Suez Canal Authority.

It also played a role in drafting the plans of the international business community and presented at a ministerial conference, according to the FEDCOC.