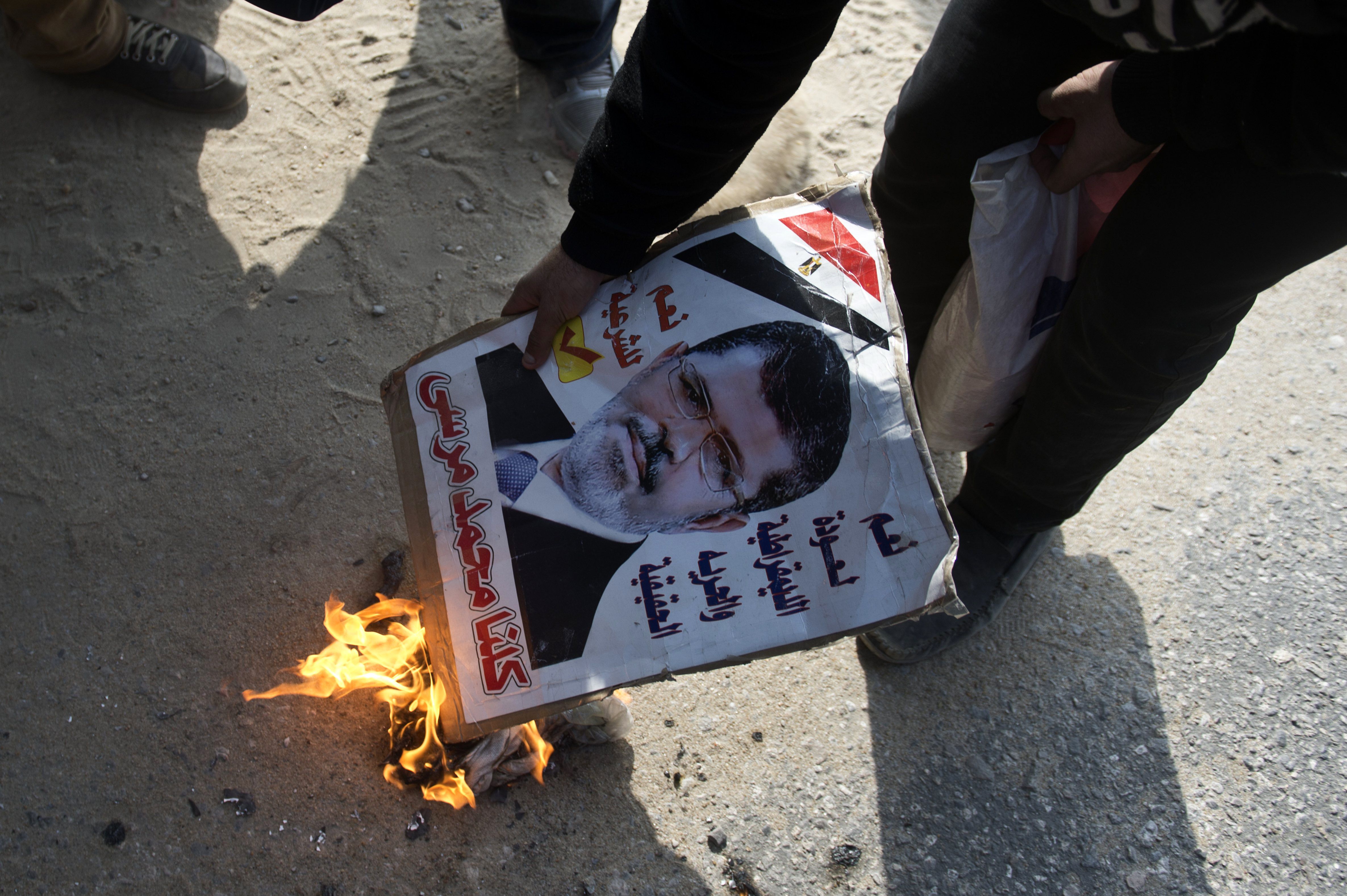 The second trial session for ousted President Mohamed Morsi and 14 others was postponed to 1 February by the Cairo Criminal Court on Wednesday after Morsi failed to appear in court.

The fifteen are all charged for the presidential palace clashes that occurred on 5 December 2012, which left five dead and 693 injured. The trial is being held at the police academy in the fifth settlement for security reasons.

Morsi was set to be transported from Borg Al-Arab Prison in Alexandria by helicopter but “bad weather” prevented the flight, as per the Ministry of Interior. According to the Borg Al-Arab airport website, all other early morning flights departed on time.

Several pro-Morsi protesters gathered in front of the court but were detained almost immediately. The Ministry of Interior announced that they have arrested 17 Muslim Brotherhood members outside the courthouse after rioting.Protesters then regrouped in Nasr City where heavy clashes ensued.

The former president was ousted by the military after nationwide protests on 30 June; he is standing two other trials where he is facing charges of espionage and prison escape.

The Anti-Coup Alliance, a Muslim Brotherhood support group,expressed its concern regarding the safety of Morsi“especially after no visitors were allowed to visit him recently”, saying in a statement that they would hold the regime responsible for any harm that is inflicted upon the “kidnapped president”.

The Anti-Coup Alliance has also said that “Morsi’s harm could cause the nation to enter a state of uncertainty”, before denouncing the “excessive violence inflicted on protesters in Nasr City and calling on protesters to demonstrate today”.

According to state-run Al-Ahram, pro-Morsi protesters set fire to five vehicles, including a Central Security Forces vehicle, in Nasr City after the trial.