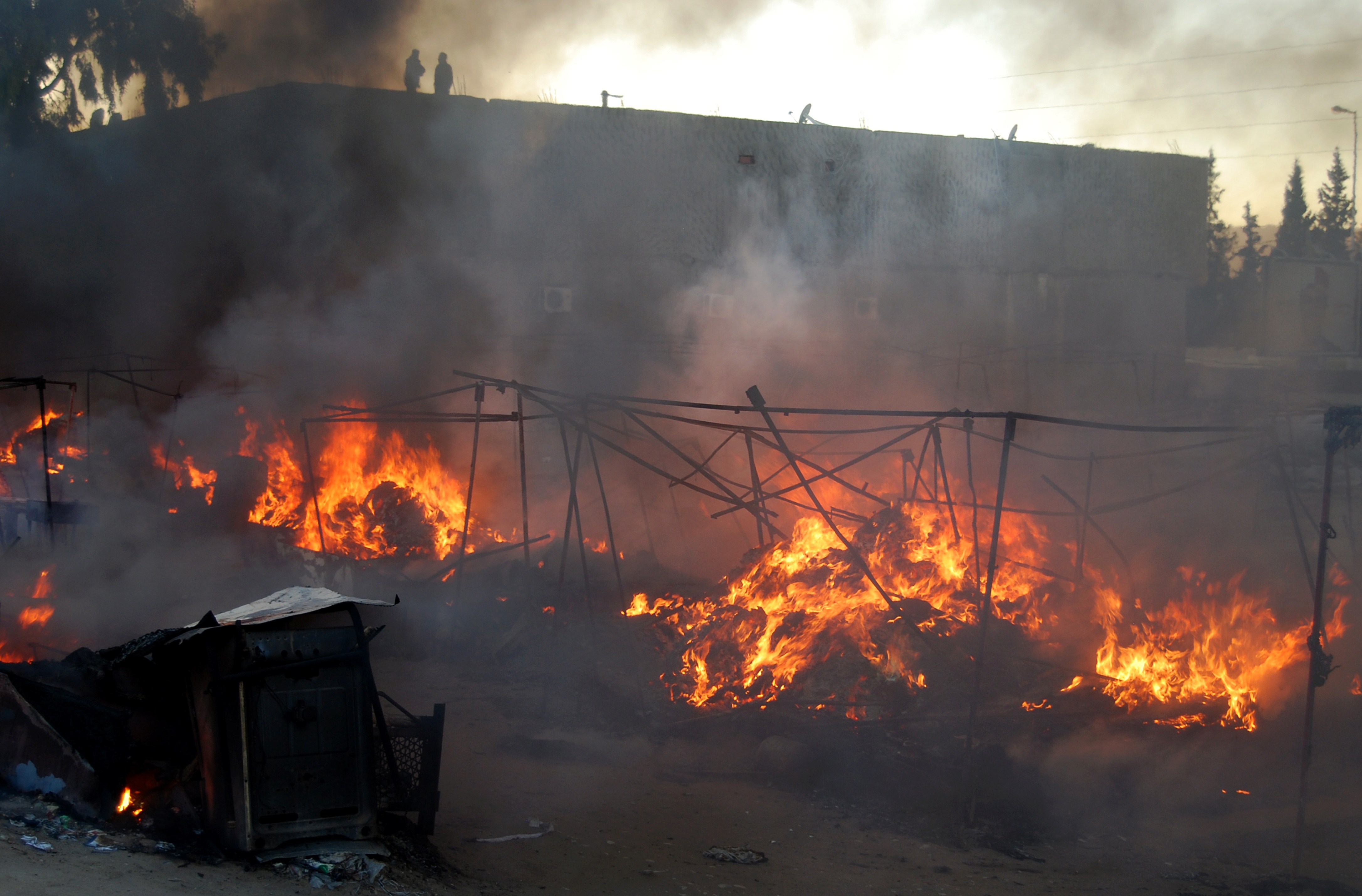 AFP – Tunisia’s Islamist premier was expected to resign Thursday to make way for an interim government of independents under a plan to end months of political deadlock that has fuelled mounting social unrest.

Just days before the third anniversary of the overthrow of veteran strongman Zine El Abidine Ben Ali in the first of the Arab Spring uprisings, Prime Minister Ali Larayedh was due to step down under a plan drawn up by mediators to put the transition back on track.

His resignation is supposed to lead to his replacement within 15 days by premier designate Mehdi Jomaa at the head of a government of technocrats that will lead the country to fresh elections under a new constitution.

The powerful UGTT trade union confederation, which has been the lead mediator in the six-month crisis between the Islamist-led government and the mainly secular opposition, has said the premier needs to step down Thursday under the terms of its reconciliation roadmap.

But there was no immediate announcement from the office of the Islamist premier or from that of secular President Moncef Marzouki.

The Islamist Ennahda party has been under mounting pressure to relinquish the grip on power it won after the uprising in elections to a constituent assembly, as the economy has stagnated and social unrest has intensified.

Events in fellow Arab Spring country Egypt, where elected Islamist president Mohamed Morsi was overthrown by the army in July after a single year in power, has added to the pressure.

The formation late Wednesday of an independent authority to oversee fresh elections, which Ennahda party had set as a condition for stepping down, should have removed the last hurdle to Larayedh’s resignation, according to the UGTT.

The approval of a new constitution, which Ennahda had also demanded in return for handing over power, is on track to meet an agreed deadline of January 14, the uprising’s third anniversary, with the assembly voting on it intensively article by article.

The new charter had been delayed for months by the withdrawal of opposition assembly members in protest at the killing of one of their number by suspected jihadists in July.

But their return has seen compromises swiftly reached on many of the most divisive provisions, including gender equality and the role of Islam.

On Thursday, the constituent assembly agreed to an article setting a goal of 50-50 representation between the sexes in all elected bodies, an exceptional move for the Arab world but one in keeping with the secularism that Tunisia adopted at independence which has given its women by far the most extensive rights in the region.

The quickening political reconciliation moves come against a backdrop of an intensification of the social unrest that was a key motor of the 2011 uprising.

Central Tunisia in particular, where a young street vendor sparked the uprising by setting himself on fire in protest at his impoverished circumstances, has seen a spate of violent protests in recent days.

And a new vehicle tax, which came into force this year, has sparked nationwide protests with demonstrators blocking major highways.

Late on Wednesday, several hundred protesters went on the rampage in the town of Feriana, in the central Kasserine region, attacking a tax office, a police post, a bank and a municipal building, residents and a policeman told AFP.

The UGTT called a general strike in Kasserine on Wednesday to protest at the persistent economic crisis gripping the town.

Nationwide, growth was less than 3 percent last year, insufficient to bring down the country’s unemployment rate, which exceeds 30 percent among school leavers.