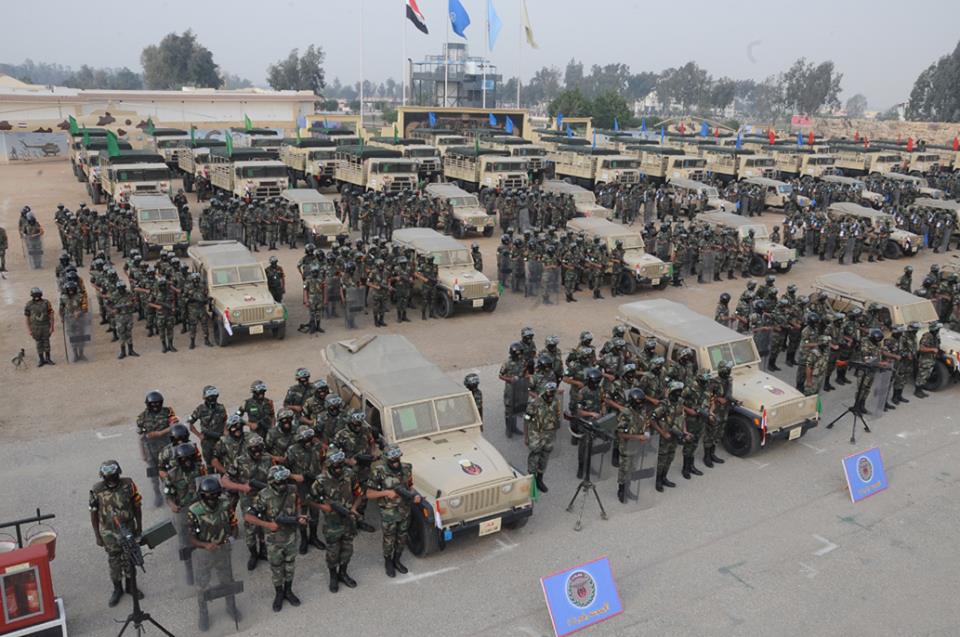 Over 160,000 army officers and conscripts will secure the constitutional referendum due to be held next Tuesday and Wednesday, in collaboration with the Ministry of Interior and the Supreme Electoral Committee (SEC), according to armed forces spokesman Colonel Ahmed Ali.

In an official statement released on Friday, the spokesman announced the armed forces’ security preparations ahead of the referendum, as per the orders of Commander-in-Chief  of the Armed Forces Abdel Fatah Al-Sisi.

Security forces are receiving trainings on securing polling stations, in coordination with the Air Force, the Special Forces, the military police and general transportation forces. The personnel are prepared to “handle” chaos, protests and any attempts to stall the referendum, the spokesman’s statement read. He added that quelling such attempts would be carried out according to the law, starting with initial warnings and the eventual use of water cannons and teargas along with summoning backup forces to arrest “rioters” while exercising a “maximum level of self-restraint” to protect the lives of citizens.

The armed forces spokesman stressed that the government was also prepared to face any “likely terrorist threats”.  They will also heighten security measures at the borders and in the Suez Canal region to “prevent terrorist operations” or illegal border-crossing. The security forces will also facilitate the job of members of civil society organisations monitoring the referendum, as well as journalists covering it.

Idris added that every judge will observe a maximum of three connected sub-polling stations, each hosting a maximum of 2,000 voters, reported MENA. There are 30,317 general and sub polling stations nationwide which are ready to accommodate 52,742,139 eligible voters, according to the armed forces spokesman.

On Thursday, interim Prime Minister Hazem El-Beblawi’s cabinet announced its preparations for the referendum in a press conference. Interim Minister of Interior Mohamed Ibrahim said the ministry has developed an “intensive plan”, in collaboration with the armed forces, to secure polling stations nationwide.

Nabil Fahmy, interim Minister of Foreign Affairs, submitted to the cabinet a report on the voting process by Egyptian expatriates thus far. On Wednesday morning, polls opened for the more than 681,000 Egyptians living abroad in 161 countries to vote on the constitution. Voting for expatriates will resume until Sunday.

As of Friday, over 41,000 Egyptian expatriates had so far participated in the referendum, the Ministry of Foreign Affairs announced in a statement. The ministry added that indications suggest that the voting percentage, which remained at 6% during the first two days, increased on Friday, especially in Arab countries which host a large Egyptian expatriate community.