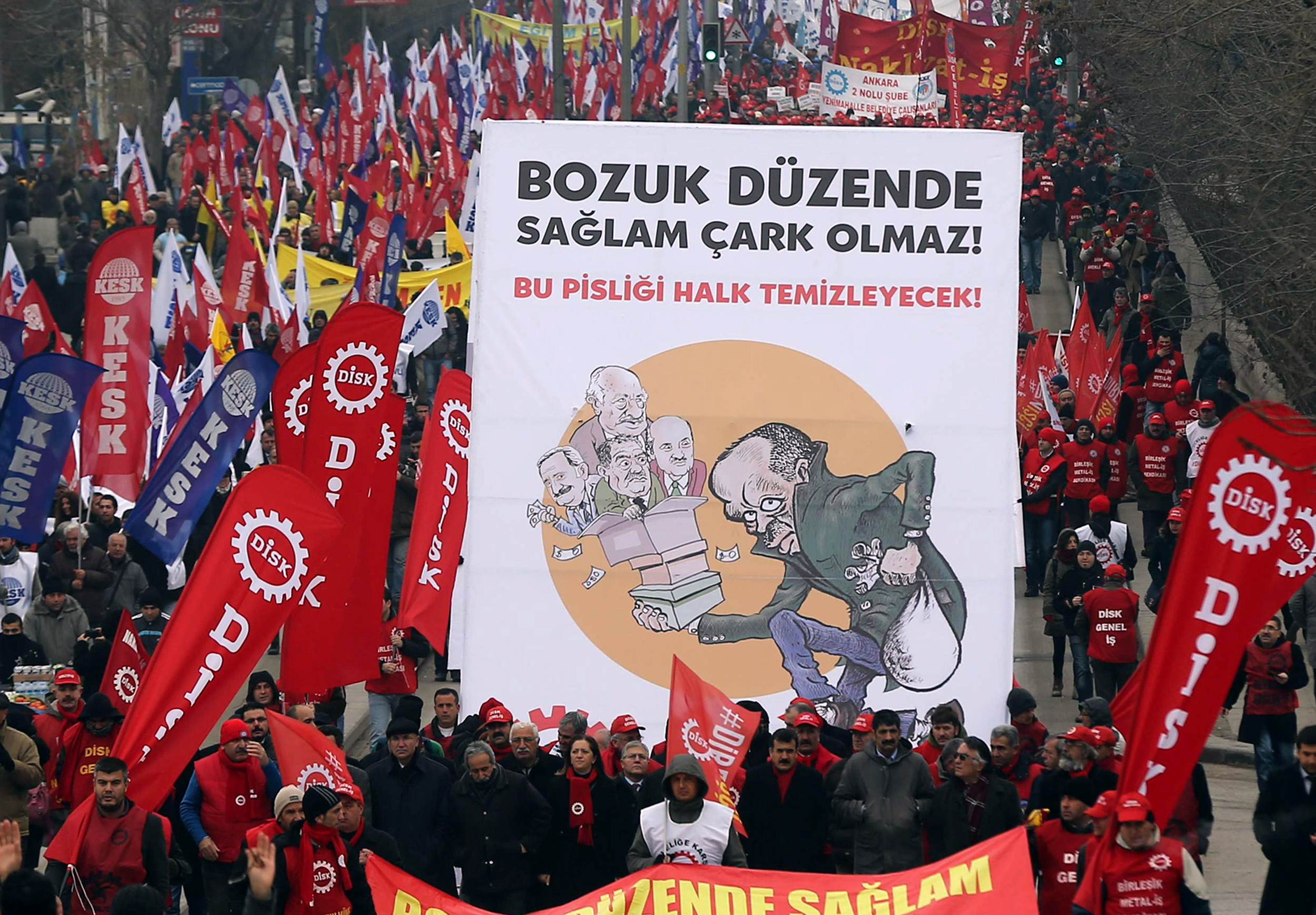 AFP – Tens of thousands of Turkish demonstrators took to the streets in capital Ankara Saturday in protest against Prime Minister Recep Tayyip Erdogan’s government, which has been rocked by a vast corruption probe.

As Erdogan arrived home after a week-long tour to Asia, about 20,000 protesters gathered at Ankara’s Sihhiye Square, chanting “revolution will clean this filth” and “they are thieves”.

Some protesters were also handing out fake dollars with Erdogan’s photo on them.

The corruption scandal implicating close allies of Erdogan has rattled his government to its core, and poses the biggest challenge to his 11-year rule.

It erupted on 17 December, when a string of public figures including high-profile businessmen and the sons of three ministers were detained over allegations of bribery for construction projects as well as illicit money transfers to sanctions-hit Iran.

Forced into a major cabinet reshuffle after the three concerned ministers resigned, the firebrand prime minister has responded angrily to the probe, calling it a “dirty plot” to discredit his government.

He sacked hundreds of police chiefs in a major purge and moved to curb the powers of the judiciary.

Erdogan’s government, in power since 2002, has accused loyalists of US-exiled cleric Fethullah Gulen, whose movement wields influence in the police and judiciary, of instigating the corruption probe.

Lami Ozgen, one of the protest leaders at the demonstration, said the scandal shed light on the true face both the government and the Gulen movement.

“The crisis has made it known to the public how those who abuse religion and faith… are fond of wealth, luxury and splendour, how they worship money and how they see bribery as their direction to mecca,” Ozgen said.

Erdogan’s AKP is a coalition of several factions and so-called Gulenists were its major supporters when the party first came to power in 2002.

But the two have part ways after the government moved to shut down a network of private schools run by the movement.

Gulen, who left Turkey for the United States in 1999 after being accused of plotting to form an Islamic state, has denied involvement in the graft investigation.