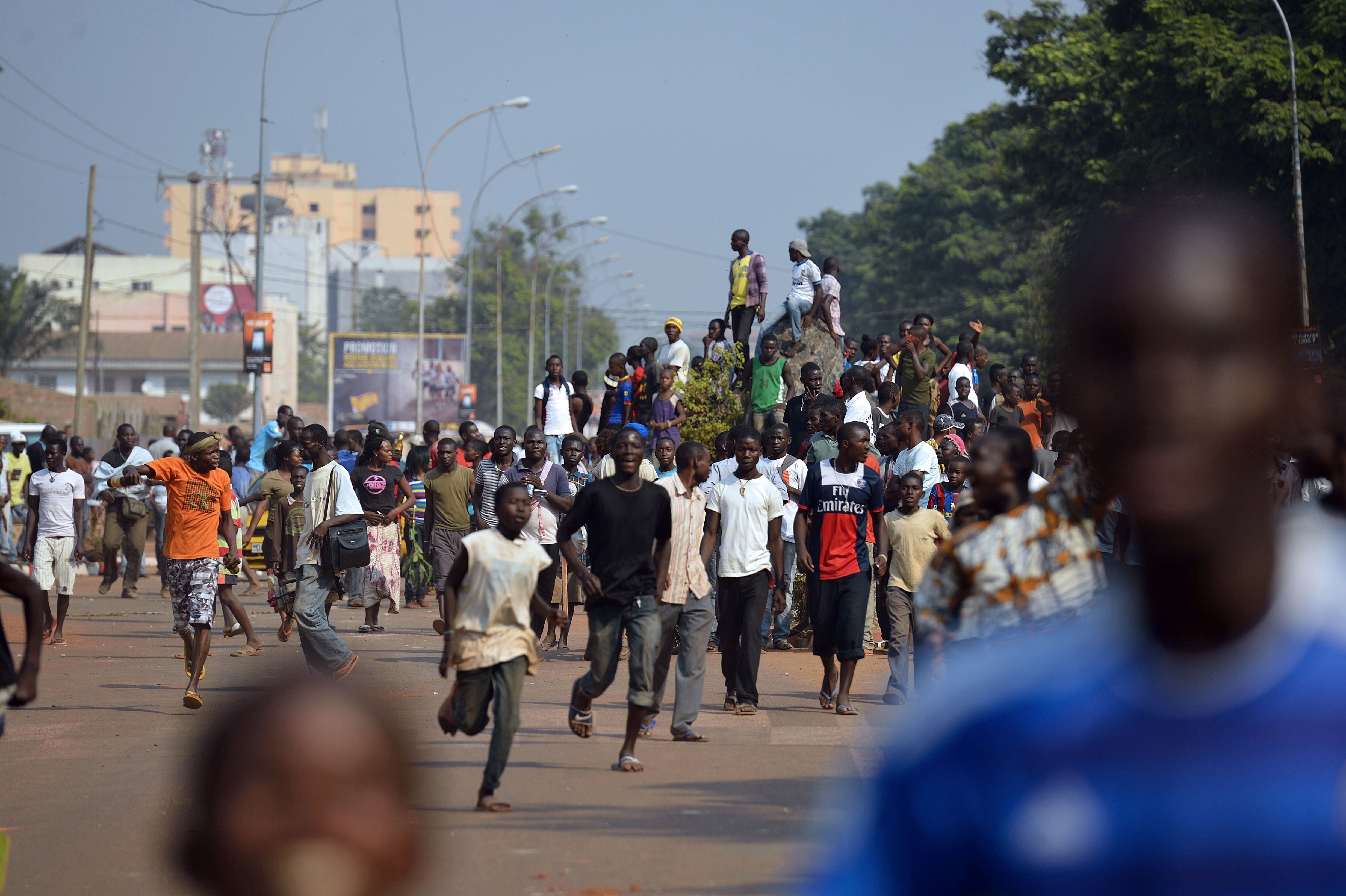 AFP – Deadly violence broke out overnight in Bangui following the resignation of the Central African Republic’s rebel leader-turned-president — a move aimed at easing tension — and ahead of the evacuation of stranded foreigners set to begin Saturday.

Sporadic gunfire erupted in the capital killing at least three people — a Christian vigilante, an ex-Seleka rebel and a civilian, the head of the Central African Red Cross, pastor Antoine Mbaobogo, told AFP.

There has also been widespread looting in the city with crowds breaking down the doors of shops, many of them belonging to Muslims, reflecting the sectarian strife that has wracked the country, AFP correspondents reported.

“Those who were looted when the [mainly Muslim] Seleka arrived [in March last year] are now looting in turn,” Mbaobogo said.

Meanwhile, the International Organisation for Migration said it will start Saturday airlifting thousands of people out of the strife-torn country following appeals from neighbouring countries.

More than 60,000 people from other African nations have asked for help at their embassies in the Central African Republic (CAR), an IOM statement said, adding that requests had come from Chad, Niger, Mali, Sudan and the Democratic Republic of Congo to aid their stranded nationals.

On Saturday morning in Bangui one resident, a student who gave his name as Berson, told AFP that looting had been going on since Friday, when Michel Djotodia stepped down as president under intense diplomatic pressure.

“It’s the shops of Muslims that have been looted in this neighbourhood,” said Berson. “There are a lot of Seleka [ex-rebels] in this area. They have to disarm them quickly. If not, it’s carnage,” he added.

Djotodia, the first Muslim leader in the majority Christian nation, had come under fire for failing to rein in the rebels who brought him to power in March 2013 and whose abuses triggered retaliatory violence by Christian militias.

A special regional summit in Chad called to try to restore peace in the CAR raised hopes that the resignation of Djotodia along with Prime Minister Nicolas Tiangaye would ease the tensions in the country.

But signs of sectarian conflict remained in Bangui where a mosque was the target of a group of young men who looted and dismantled the building taking away bricks and roofing.

“It’s impossible to live with the Muslims. We don’t want Arabs in Central Africa,” one of the looters told AFP.

Ten months of violence have displaced a fifth of the CAR’s population and the sectarian flare-up has killed more than 1,000 people in the past month alone, despite former colonial power France’s military intervention and the presence of an African peacekeeping force.

UN Secretary General Ban Ki-moon has called on the African Union to speedily provide promised troops to help curb the “terrible crisis” in the CAR.

France has deployed 1,600 troops in the country to support the African Union MISCA force, which is meant to have up to 6,000 troops but has not yet reached 3,500.

European nations on Friday agreed in principle on a plan to launch a joint military operation in the country, with a final decision expected on 20 January, an EU source said.

Candidates to replace Djotodia have yet to emerge, but the interim parliament is due to hold a special session on Monday.

With much of the landlocked country’s population in need of food aid, a major humanitarian crisis is unfolding in Bangui’s overcrowded camps and in the vast hinterland.

The United Nations has warned that both ex-Seleka rebels and CAR former soldiers have crossed into the volatile Democratic Republic of Congo, causing local residents to flee.

The CAR, which has few stable neighbours, shares an eastern border with South Sudan, where nationwide fighting has been raging for three weeks.

France warned before sending troops last month that the CAR – which has been plagued by coups and civil unrest since independence in 1960 – risked becoming a Somalia-style “failed state”.