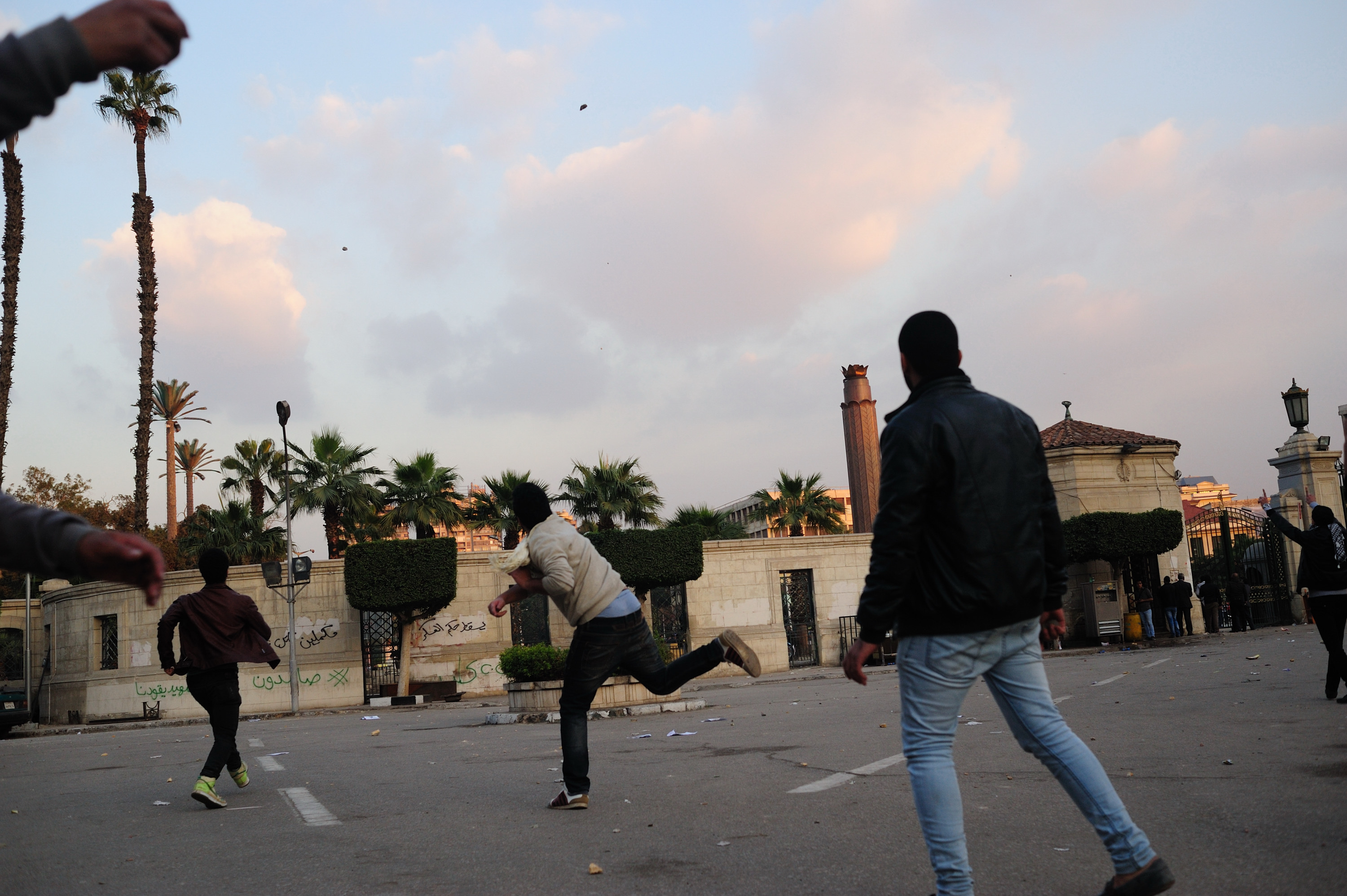 Ministry of the Interior spokesman General Hany Abdel Latif announced Monday that 29 students were arrested in Sunday’s clashes in Cairo.

Among the arrested were two detained from clashes at Cairo University with fireworks and Molotov cocktails in their possession.

On Monday, Students Against the Coup (SAC) protested in several universities as part of what they have coined the “Week of Student Rage”. Violence erupted between protesters and security forces leading to a large number of injuries among both sides.

SAC spokesman Youssof Moslem claimed that several students from his group are currently in the Intensive Care Unit, including one student from Al-Azhar University who suffered from a birdshot injury in the face after being shot from close range, and another who was shot with live ammunition in front of New Cairo’s police station. One student, Abdelrahman Yousry from Ain Shams University, died after being shot in the abdomen with live ammunition, according to Moslem.

The SAC protested outside the first police station in Nasr City and surrounded the second police station in New Cairo, demanding the release of a number of female protesters belonging to the group who were arrested earlier Sunday.

The interior ministry spokesman denied allegations that its officers used violence against student protesters. Abdel Latif said, “Students belonging to the Muslim Brotherhood are trying to create turmoil and provoke security forces in an attempt to create a negative image of Egypt to the world.”

Abdel Latif said the ministry was aware of the “plot since its conception at the Brotherhood’s office in London”, asserting that the government “would not be dragged to this entrapment.”