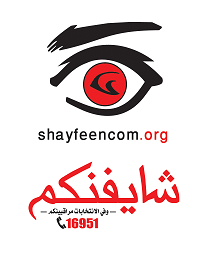 Elections watchdog Shayfeencom announced Monday in a statement that the Supreme Electoral Commission rejected more than 60% of the organisation’s requests for observers’ permits.

“The commission did not give any apparent reason, giving us insufficient time to prepare for alternatives prior to the deadline,” lamented the statement.

The statement described the decision as drastically reducing the organisation’s ability to oversee the referendum which may reflect the “commission’s refusal to promote transparency in the new government”.

The statement explained that the commission abruptly changed the protocol for the approval of observers’ permits and gave a 24-hour deadline for the online submission of all necessary information, a process that would normally demand much more time.

Finally, the commission rejected permits for those under the age of 21 years, although all citizens above the age of eighteen are eligible to vote and are legally considered to be adults with full rights.

The organisation called on the Supreme Electoral Commission to declare the reasons for the exclusion of its volunteers and to enable the organisation to delegate new volunteers to participate in the monitoring of the upcoming referendum. This, according to the organisation, is in accordance with Article 21 of the Universal Declaration of Human Rights.

Shayfeencom has been monitoring elections since 2005 and was established by Human Rights advocates Bothaina Kamel, Ghada Shahbander and others. The group, whose volunteers were able to document violations on video, was able to spot mass-scale electoral fraud and voter intimidation cases during the time of ousted President Hosni Mubarak.