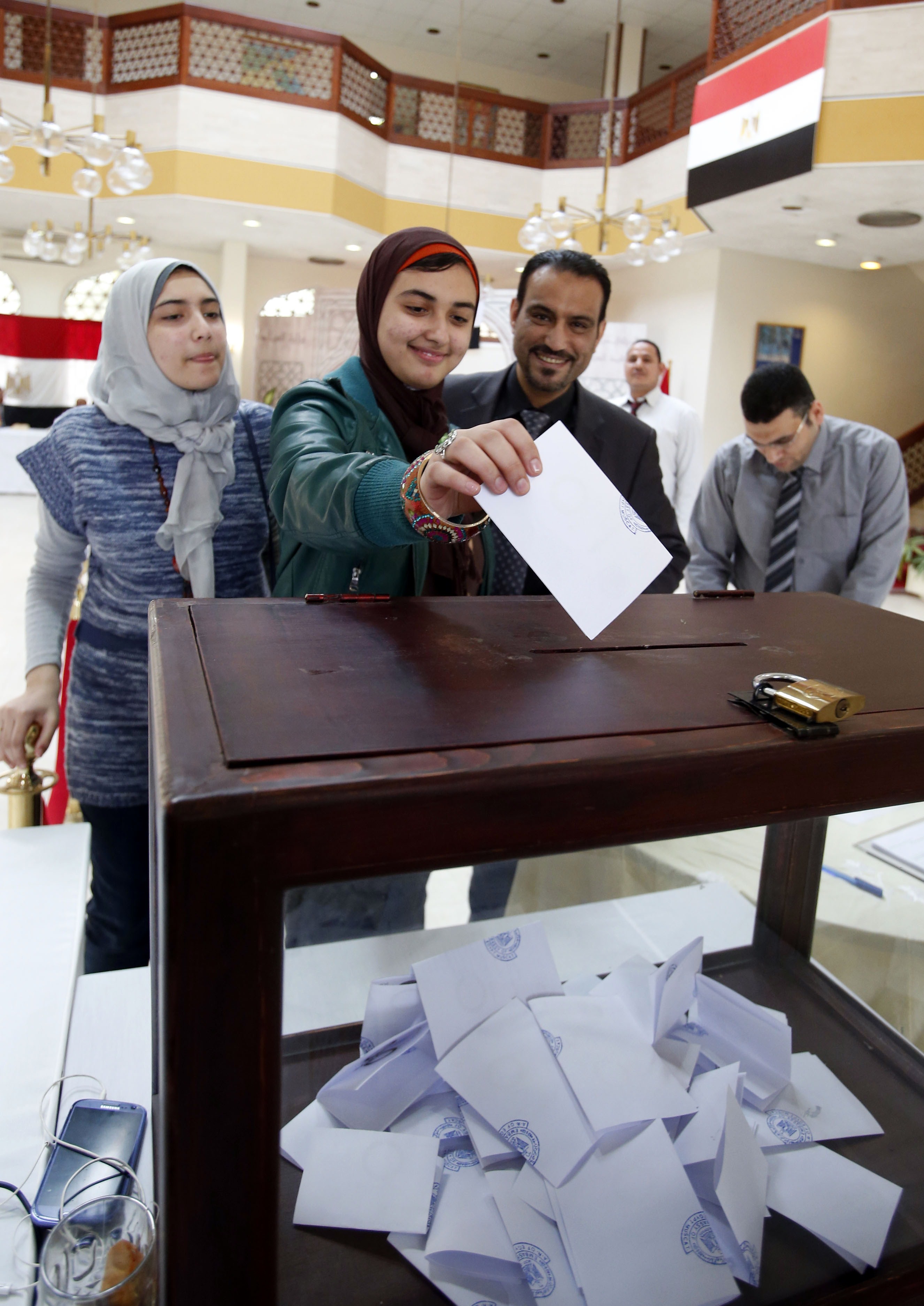 Over 100,000 of 681,000 eligible Egyptian expatriates voted in the referendum over the new constitution during a five-day period, according to Ministry of Foreign Affairs spokesman Badr Abelatty. The numbers were down by almost 60% from the 2012 referendum, although 20,000 more voted in person this year.

Abdelatty said that the low voter turnout was due to the inability of expatriates to vote by mail, the Muslim Brotherhood’s boycott of the referendum, and voter ID laws that prevented some from casting ballots. Abdelatty noted that 65% of voters in Gulf countries voted by mail.

Minister of Foreign Affairs Nabil Fahmy visited the Egyptian embassy in Paris during the referendum to oversee operations. The foreign ministry’s Facebook page said he spoke with voters and that they “praised the good organisation” of the process.

Although the final count has yet to be established, the results have been overwhelmingly in favour of the constitution. According to data compiled by independent researchers, 97.4% of the vote was in favour.

Saudi Arabia recorded over 23,000 votes, more than any other country. 97.3% were in favour of the constitution. An estimated 40% of all Egyptians living abroad reside in Saudi Arabia.

The High Electoral Commission Monday said that 103,000 expatriates voted in the referendum. 681,000 voters were registered to vote, meaning that a mere 15% took part in the referendum. The International Organization for Migration says that around 2.7 million Egyptians live abroad.

Almost 53 million Egyptians are eligible to vote in the national referendum, which is slated to take place 14 and 15 January.