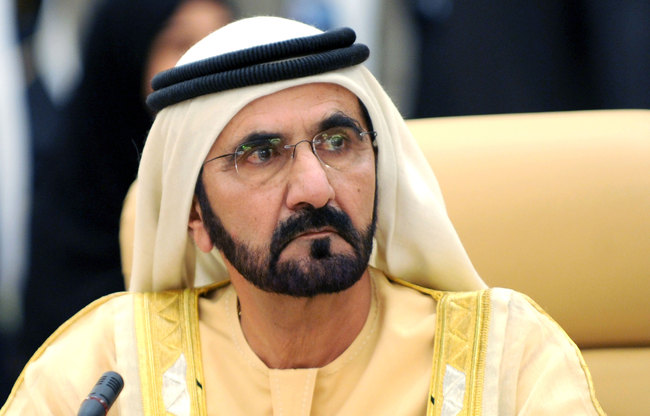 Vice President and Prime Minister of the United Arab Emirates (UAE) and Ruler of Dubai Mohamed bin Rashid Al-Maktoum said he hopes Minister of Defence General Abdel Fatah Al-Sisi maintains his role as head of the army and refrain from running for president.

Al-Maktoum’s comments came during a Monday interview with BBC, where he expressed his preference that Al-Sisi stay on as head of the army rather than becoming the country’s head of state.

However, an official source in the UAE Prime Minister’s Office later on Monday stressed “the respect of the United Arab Emirates for the will of the Egyptian people and its support for their political choices” in a statement published on the Emirati official News Agency (WAM).

“The brotherly advice offered by [Al-Maktoum] is that [Al-Sisi] should not run for election as President of Egypt while a military man. His candidacy, as a civilian, in compliance with the demands of the people, is a personal matter for Al-Sisi,” the official source said, adding that UAE will always support the choices of the Egyptian people.

The prime minister’s comments came two days after Al-Sisi’s statement, during a Saturday symposium organised by the armed forces moral affairs department, announcing that he would run for president if “the people demand it and the army delegates [him].”

State-owned news agency MENA reported that the armed forces leaders announced during the symposium that they would “succumb to the demands of the people” if they wanted Al-Sisi to run for president.

Spokesman for the Ministry of Foreign Affairs Badr Abdel Atty refused to comment on allegations regarding Emirati interference in Egyptian domestic concerns, saying that “the Ministry of Defence should be asked about such allegations”.

The UAE supported the military-backed ousting of former president Mohamed Morsi on 3 July 2013. The Gulf country financed the Egyptian government’s second economic stimulus package with $2.8bn (EGP 20bn), in addition to an amount of $3bn pledged by the UAE to Egypt in aids, comprised of a $1bn grant and a $2bn interest-free deposit in the Central Bank, following the ousting of Morsi.

The UAE had also sent seven shipments of fuel worth $225m in July.