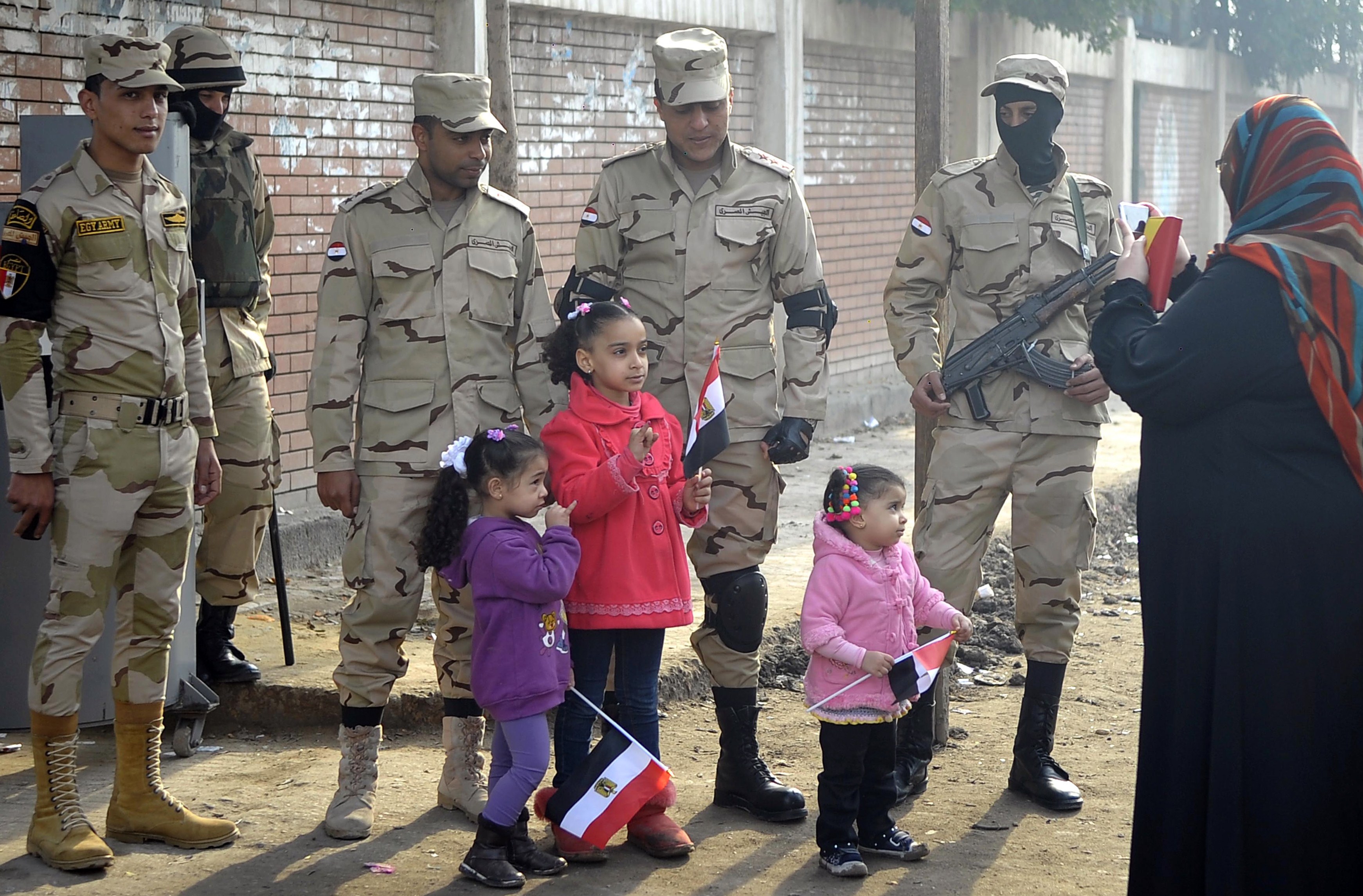 The Egyptian Coalition on Children’s Right (ECCR) condemned “abuses and exploitation” of children, as Egyptians continued to vote in the referendum on Wednesday, the second and last day of voting on the new constitution.

At least eight incidents of politically-motivated child exploitation occurred on Wednesday, the National Council for Childhood and Motherhood (NCCM) said. Along with 17 incidents on Tuesday, the total number of violations had reached 25 by Wednesday afternoon.

The incidents varied between “using children to chant and to carry signs” and exploitation by groups campaigning for a Yes vote for the constitutional referendum, state-run MENA cited NCCM Secretary General Azza Ashmawy as saying.

ECCR also witnessed a group of school children distributing money to voters urging them to vote No, it said in a statement. The coalition is working to ascertain those responsible for this “exploitation to bring them to court.”

The coalition said last week that using children for political purposes is a violation of Article 291 of the Penal Code which was added to Child Law 126/2008, as well as a violation of all international charters and conventions ratified by the Egyptian government.

“This amounts to child trafficking, which is a crime punishable by life in prison with hard labour,” ECCR said.

Deadly violence on the first day of the referendum left at least eight people dead, according to official figures.

In Upper Egypt’s Sohag governorate, four people died. Ashmawy said the deaths include that of a 14-year-old boy and that the council is filing complaints to the prosecution both for the murder of the child as well as for child exploitation.

In Beni Suef, clashes left one person dead and left an 11-year-old girl injured in the eye by birdshot, ECCR said. The group called for punishing those who exploit children.