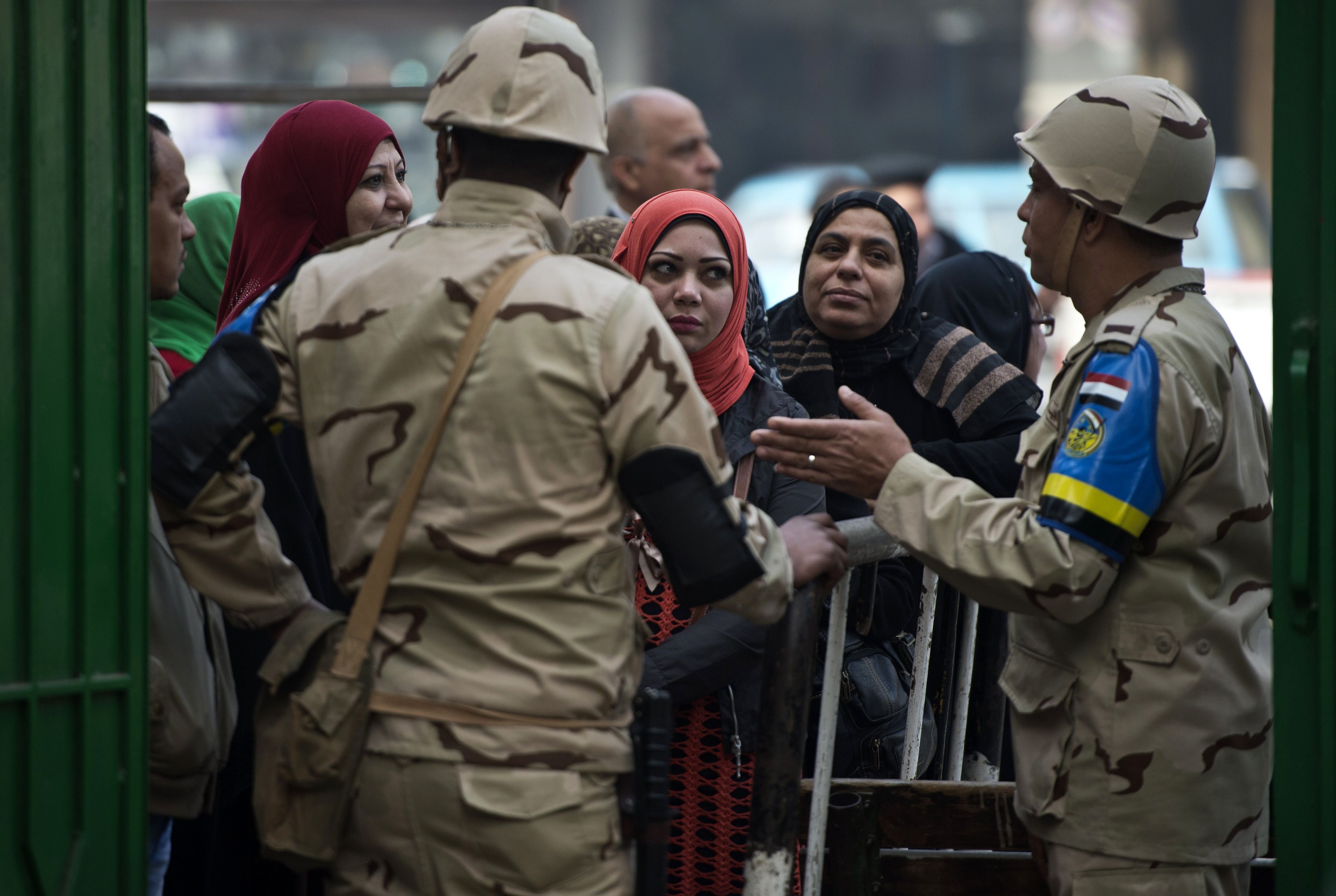 The United States and the United Nations have urged that authorities in Egypt ensure the voting for the constitutional referendum is peaceful, and the rights’ of citizens are respected, while the European Union praised Egypt for going forward with its roadmap.

A Tuesday statement released by the Spokesman for UN Secretary-General Ban Ki-Moon said that Ban is “closely” monitoring the referendum in Egypt and stressed the importance of respecting “freedom of assembly and expression, as well as commitment to non-violence”.

“The Secretary-General calls on all Egyptians to express their differences without violence.  He continues to express the support of the United Nations for an Egyptian-led transition process that adheres to democratic principles and upholds the human rights of all Egyptians,” read the statement.

US State Department spokeswoman Marie Harf condemned the Tuesday violence at polling stations in Egypt, and emphasised the need for protection of civil rights.

“It should be clear to all Egyptians that violence has not and will not move Egypt’s political transition forward,” said Harf in a Tuesday media briefing.

“Regardless of whether the constitution is approved in the referendum, it will be important for the interim government to foster a positive environment for civil society … and to protect the rights of political activists and groups to peacefully express their views on the country’s future.”

Union observers who are helping to ensure the process goes forward,” said Ashton.

“It is an important part of the roadmap that has been very carefully set out and which I think you and I both agree needs to be followed in order to see Egypt go forward on the democratic track.”

Polls opened Tuesday for two days of voting on the constitution drafted after the military-backed ouster of President Mohamed Morsi in July.  Clashes at polling stations throughout the country during the first day of voting left 11 dead and 21 injured.  On early Tuesday morning, a bomb exploded outside a courthouse in the Giza neighbourhood of Imbaba.  No injuries were reported.