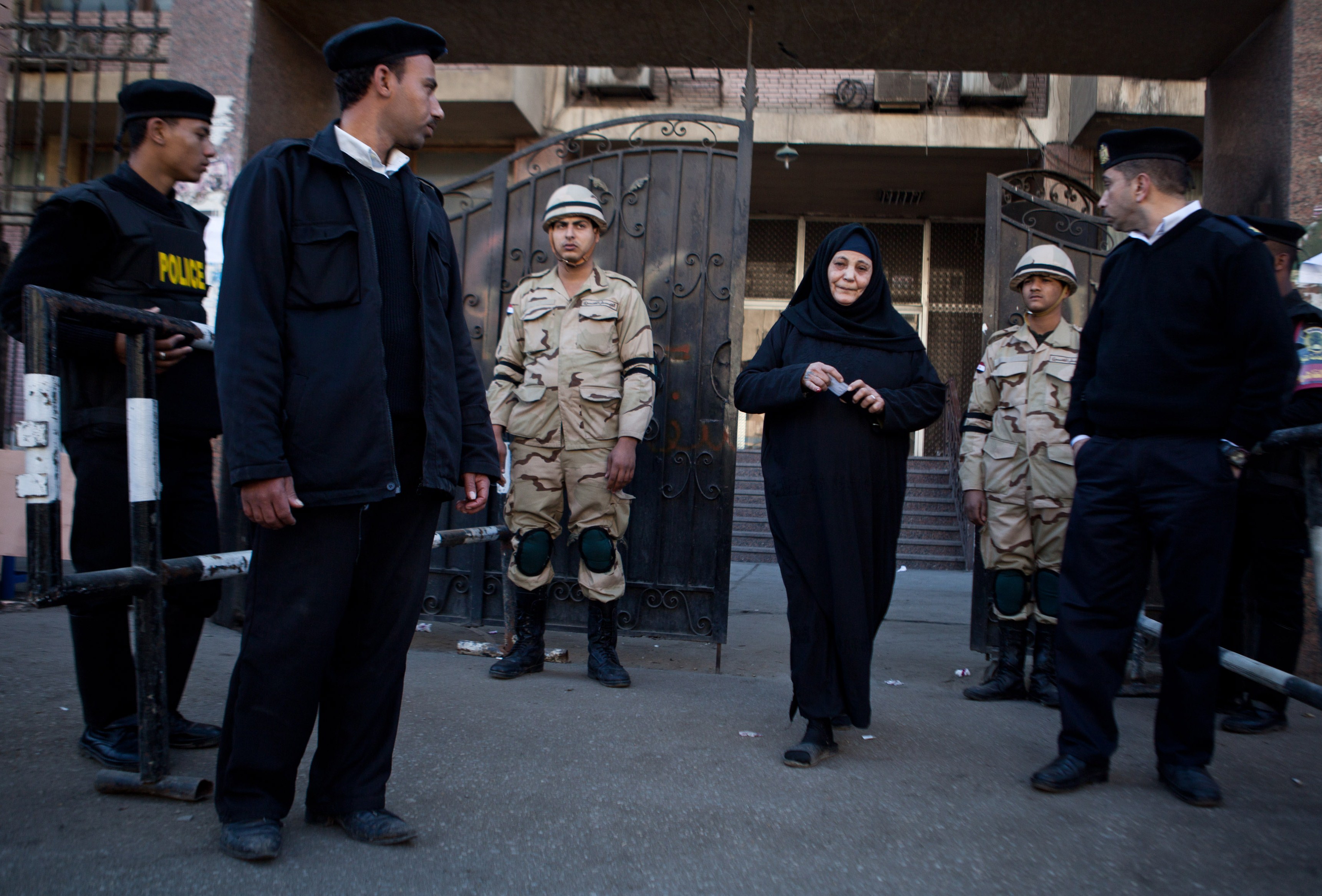 Influencing voters’ decisions was among the most widespread violations reported by Non-Governmental Organisations overseeing the referendum process on Wednesday.

Voting on the draft constitution has resumed for the second and final day on Wednesday, amid ongoing violations.

The National Council for Human Rights (NCHR) said it received 40 complaints with regards to violations by Wednesday at noon. The council had received 180 complaints from 20 governorates on Tuesday. Violations reported by the council on Wednesday included delays in opening polling stations and mistakes in the voters’ lists.

The NCHR had reported 10 complaints regarding voting campaigns outside polling stations. The Egyptian Coalition to Observe the Elections (ECOE) also reported several incidents nationwide of attempting to influence voters’ decisions in both directions. The coalition, which comprises of around 128 civil society organisations, including the Egyptian Organisation for Human Rights, reported several incidents when members of Future of a Nation Campaign promoted a Yes vote outside polling stations.

Future of a Nation Campaign is a youth campaign, headed by Egypt’s Student Union (ESU) president Mohamed Badran, which supports the road map and the constitution. The campaign receives donations from a number of businessmen. Badran told the Daily News Egypt the campaign has 15,000 registered members from all over Egypt.

Elections watchdog Shayfeencom reported that one of its observers in Port Said was arrested after being involved in a fight with a member of the campaign. Shayfeencom executive director Ahmed Hafez said campaign members could be seen regulating traffic inside polling stations instead of army and policemen.

Shayfeencom had announced on Monday in a statement that the commission rejected more than 60% of the organisation’s requests for observers’ permits.

Hafez said Shayfeencom received hundreds of complaints regarding violations during the two days of voting on the referendum. Most complaints came from the governorates of Cairo, Giza, Port Said, Aswan, Sharqeya, Menufiya and Daqahleya.

The ECOE reported an incident when supporters of Al-Nour Party transported citizens to a polling station in the governorate of Minya, prompting them to vote Yes. Muslim Brotherhood supporters allegedly encouraged citizens to vote No or boycott the referendum, the coalition said.

It also reported several incidents when employees overseeing the referendum encouraged citizens to vote No.

The Supreme Electoral Commission overseeing the referendum process repeatedly denied on Tuesday that any judges were excluded; it said some judges were replaced due to their exhaustion.

The Commission announced the arrest of three female voters on Wednesday in the governorate of Qena who were attempting to cast a second ballot after already having voted. They were referred to prosecution.

The voting on the referendum was scheduled to end on Wednesday night. A spokesperson at the Ministry of Social Solidarity said last week that 40 national and seven international NGOs would take part in monitoring the referendum. The spokesperson said that 40 of 67 local NGOs that applied were accepted. Foreign NGOs must be vetted by the SEC.