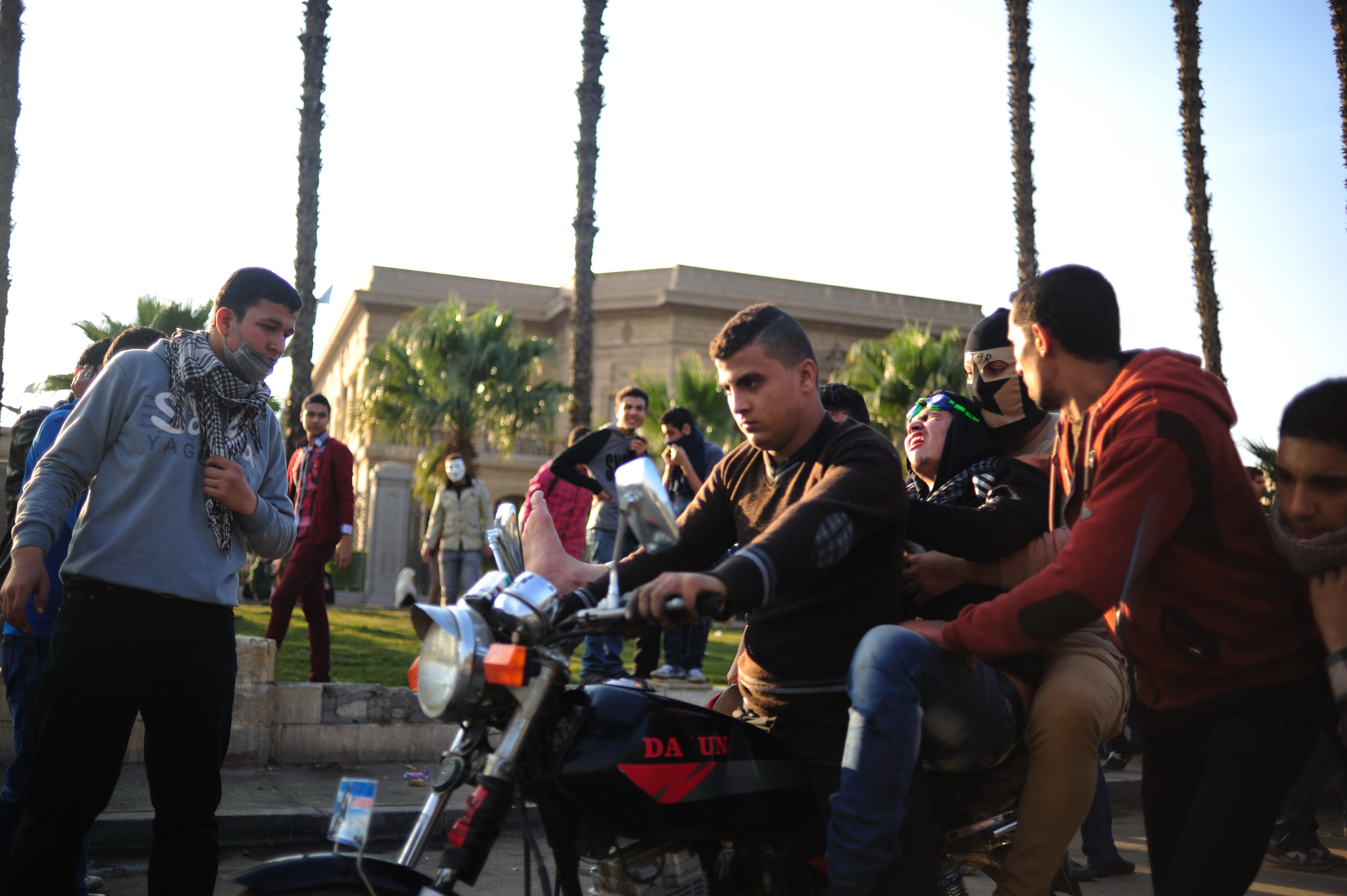 The Ministry of Interior issued a statement distancing itself from the death of the student in Cairo University, claiming Imbaba Hospital had reported the death – caused by live ammunition and four birdshot injuries – before security forces had even reached the campus.

State owned Al-Ahram news paper reported that the Minister of Interior was personally following the clashes in the university and that the chairman of the university had refused the interference of security forces until a student was reported dead on campus.

Youssof Moslem, spokesman for Students Against the Coup, accused the Ministry of Interior of killing the student. “The protest started on campus, and within half an hour after it headed outside the university through its main gate, security forces clashed with the protesting students,” said Moslem.

Security forces have clashed with the SAC movement at Cairo University several times in Nahda Sqaure, near Giza Security Directorate and in front of Cairo University’s main entrance. Teargas was shot on campus several times, and last Sunday a number of unidentified personnel were witnessed holding assault rifles and patrolling the university’s main entrance following clashes in front of the university.

Various universities across the country have been stormed since the cabinet’s decision to allow the intervention of security forces on campus when asked for by the university’s chairman. Cairo University was an exception, as the chairman of the university, Dr Gaber Gad Nassar, had until now refused such measures.

Nassar insisted on this position, especially after the death of Engineering Student Mohamed Reda in November 2013 after clashes between CSF and SAC in front the university’s main entrance. According to Al-Ahram, Nassar said in a televised interview on Thursday after the violence that took place in Cairo University, “I agree to the return of university security if this is the only means of reestablishing order in university campuses”.

Ministry of Interior spokesman General Hany Abdel Latif had previously mentioned to Daily News Egypt that the interior ministry believes that the Muslim Brotherhood are using the students to entice violence and provoke clashes with security forces, but added that the ministry is “aware of the plot and dealing with it with caution.”