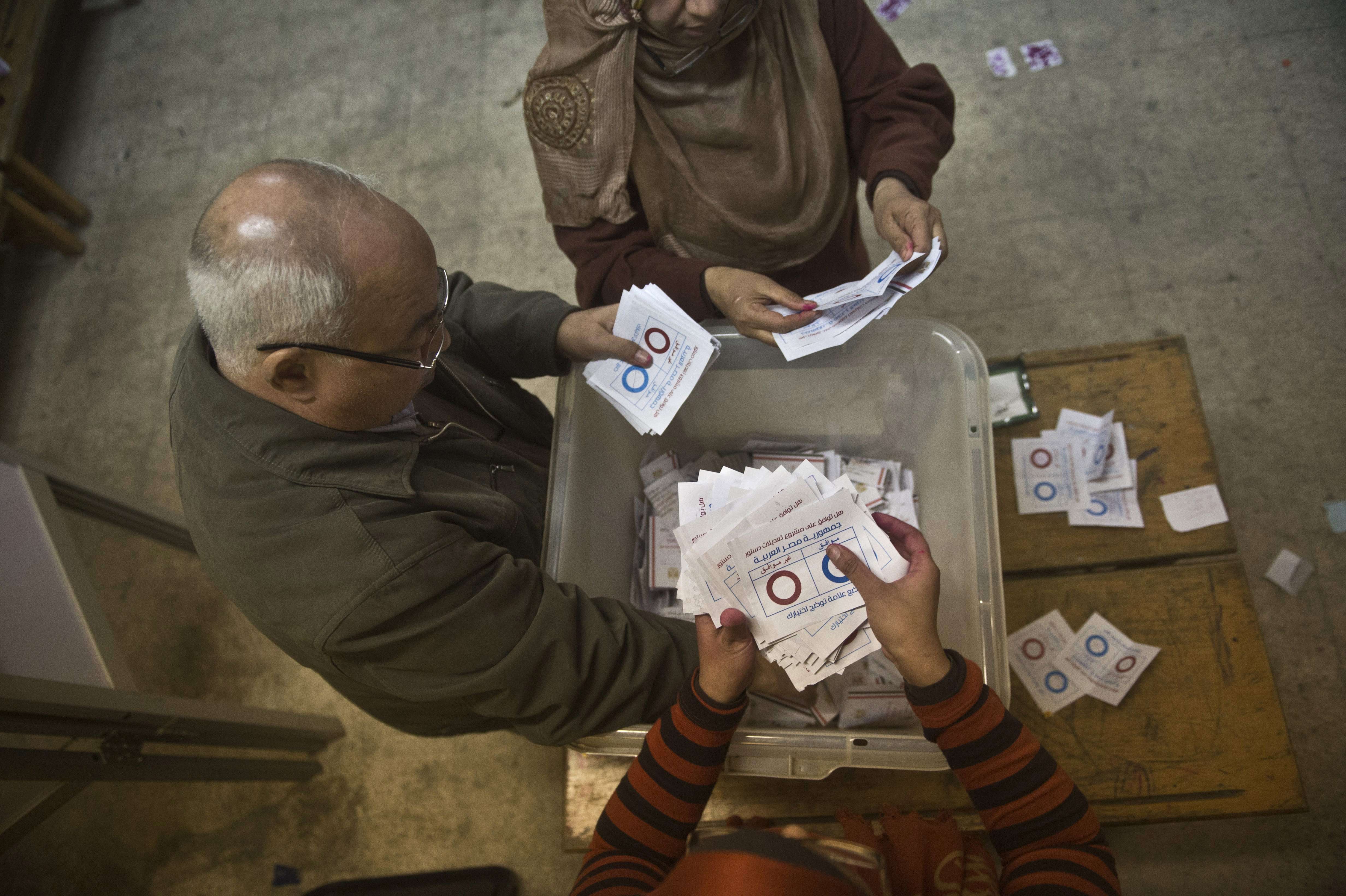 Between 36 to 38% of 52,742,139 registered voters cast their votes in the nationwide referendum on the draft constitution between 14 and 15 January, according to the Ibn Khaldun Center for Development and Human Rights Studies.

The human rights organisation, which observed the voting process, announced the numbers in a Thursday press conference. Ibn Khaldun cited their observatory operations room and their observers in polling stations.

These numbers indicate that 18 to 20 million voters went out to vote in Egypt’s first voting process since the military-backed ouster of former president Mohamed Morsi.

Ahmed Hafez, executive director of elections watchdog Shayfeencom (We See You), said that turnover in polling stations ranged between 20 to 40%.

“This number is not an average of voters,” Hafez clarified. “It means that no single polling station [that we observed saw] turnover exceeding or falling short of those percentages.”

Hafez added that Shayfeencom’s count will be released soon.

Democracy International spokesman Cherif Barakat told Daily News Egypt that his organisation does not expect any surprises in turnover rates, saying that he expects a nationwide turnout of 30 to 40%.

Barakat added that Democracy International’s observation report will be out on Friday.

The official turnout in the 2012 referendum on the now suspended constitution was 32.9% of 51,919,067 of then-eligible voters, meaning that 17,058,317 cast their votes in the 2012 referendum. During the 2012 referendum, governorates were divided to vote in two phases, with Cairo, Alexandria, Sharqiya, Gharbeya, Daqahleya, Assiut, Sohag, Aswan, South Sinai and North Sinai voting on 15 December, 2012.