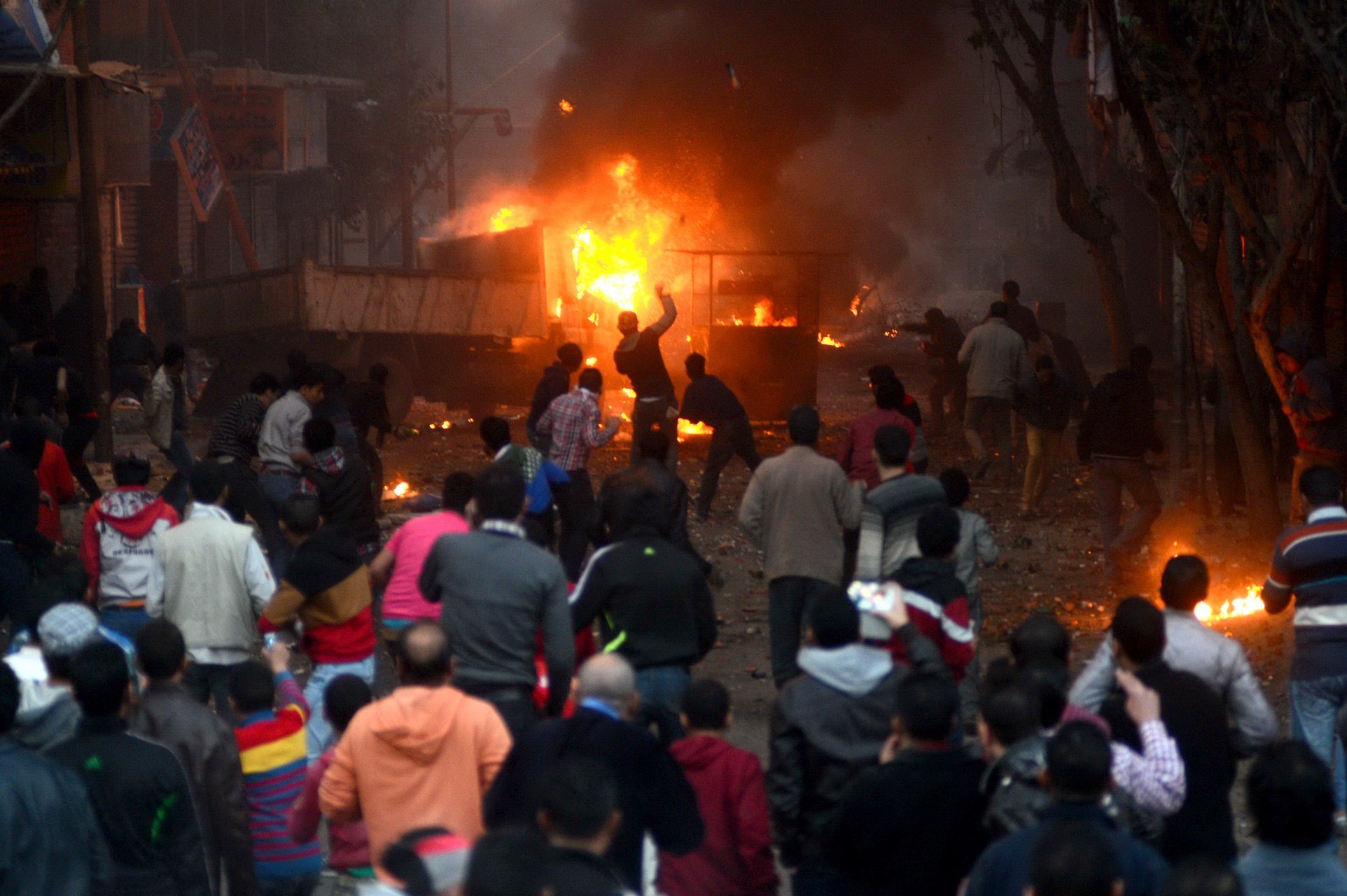 Four people were killed during clashes that erupted nationwide between security forces and supporters of ousted President Mohamed Morsi on Friday, a week before the third anniversary of the January 2011 uprising.

Media Adviser to the Ministry of Health Ahmed Kamel reported three deaths in the capital and a fourth in Fayoum.  Fifteen injuries were also reported; Kamel said in statement released on Saturday that only eight of those injured remain hospitalised.

The Ministry of Interior said it arrested 123 Muslim Brotherhood supporters after Friday’s clashes in the governorates of Cairo, Giza, Alexandria, Fayoum, Minya, Suez and Ismailia.

The ministry accused Brotherhood supporters of blocking traffic, clashing with other residents, using firearms, birdshot, Molotov cocktails and fireworks during the “limited” marches they organised on Friday. At the time of their arrest, the ministry said some of the detainees were in possession of a gun, a birdshot gun, bullets, bladed weapons, Molotov cocktails, fireworks, 11 homemade bombs, anti-government flyers, Muslim Brotherhood slogans and Al-Qaeda flags.

The Anti-Coup Alliance called for protests during what they dubbed as a “revolutionary escalation” week, ahead of the third anniversary of the 2011 uprising next Saturday. The alliance, also known as the National Coalition to Support Legitimacy, comprises of a group of political movements, most notably the Muslim Brotherhood, which support Morsi’s “legitimacy”.

The alliance applauded the “success of the historical… boycott and resounding failure of the illegitimate referendum.” The Anti-Coup Alliance had announced it would boycott the referendum on the constitution, held last Tuesday and Wednesday. The referendum passed by at 98.1% votes in favour, with the participation level at 38.6%.

Morsi supporters have been taking to the streets every Friday since the former president’s military ouster on 3 July 2013, often ending in violence.