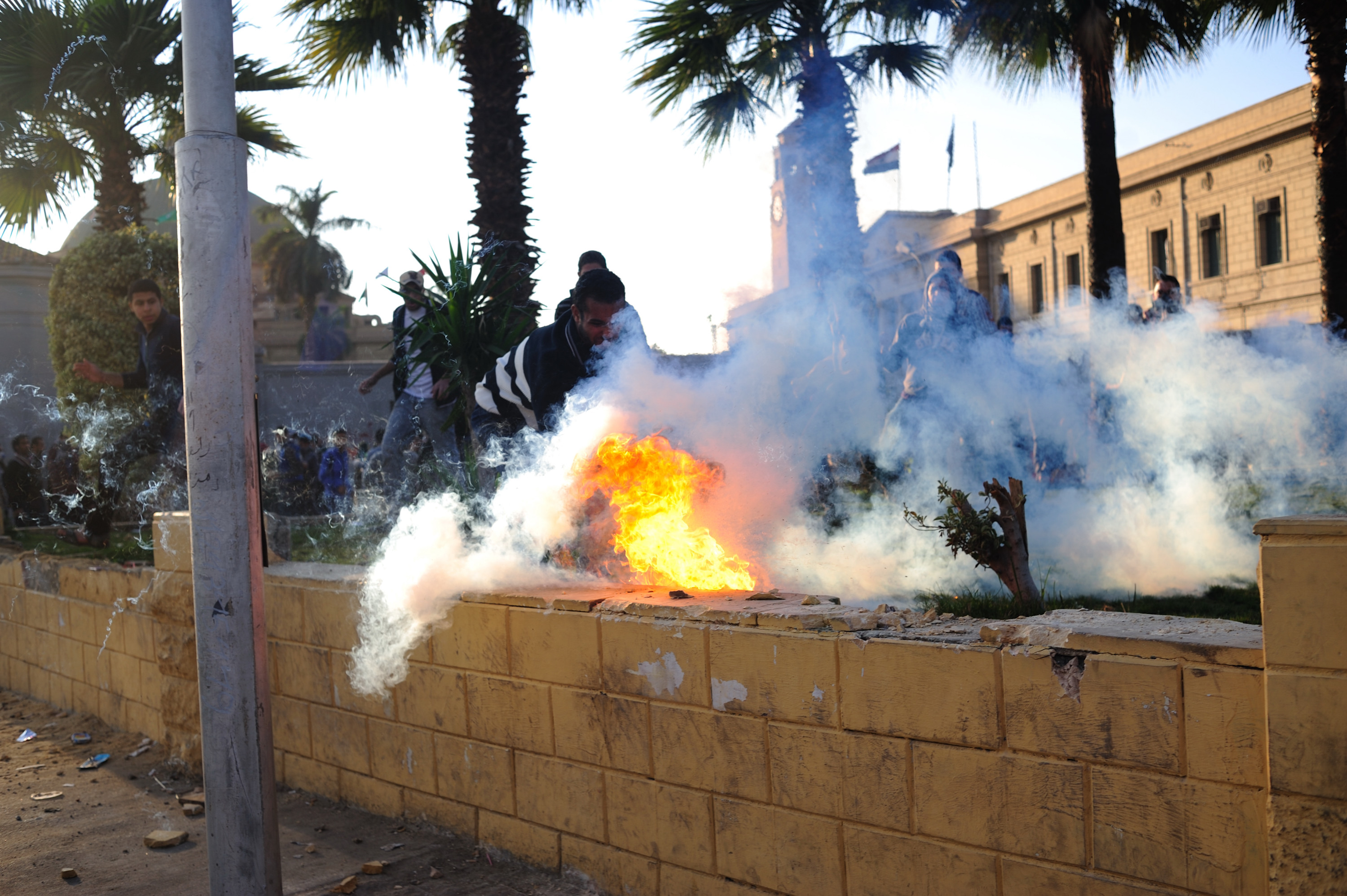 The staff meeting was scheduled to look into the implications of the violence that gripped Cairo University last Thursday, leaving one student dead.

Professor of the university’s Faculty of Sciences Hany Al-Hosseiny attended the meeting, and said that other attendants believed that security presence within campus “might lead to harmful confrontations with students”.

“If the administration decides to keep security forces [outside] the university gates, it doesn’t concern us,” Al-Hosseiny said.

The attendants of the meeting also agreed to call on all political and student movements to temporarily freeze all on-campus political activities.

“We’re not against on-campus political activities in principle,” Al-Hosseiny said. “But we believe that such activities are currently harmful to the university.”

Addressing the issue of university security, the attendants called for establishing a committee to supervise the training of administrative security personnel. The training, which would take place during the mid-year vacation, should “direct” the security personnel and enable them to properly secure the campus.

The attendants also called on University President Gaber Nassar to arrange for a university-sponsored investigation into the violence that occurred on Thursday, Al-Hosseiny said. He added that one student was killed as a result of the violence while two other students remain in critical condition.

A delegation representing the meeting’s attendants later met with Nassar and delivered their demands in person, Al-Hosseiny said.

The Ministry of Interior issued a statement distancing itself from the death of the student in Cairo University, claiming Imbaba Hospital had reported the death before security forces had even reached the campus. Youssof Moslem, SAC spokesman, nevertheless accused the interior ministry of killing the student.

Chairman of Misr Al-Qawia (Strong Egypt) Party’s Student Movement Mahmoud Omar said 42 people had been arrested in relation to Thursday’s violence. They were released on bail on Saturday after they faced investigation.

Al-Hosseiny said that at least five of the students were sitting their exams at the time of the violence.

On Sunday, interim Prime Minister Hazem El-Beblawi provided “guarantees” that all students arrested during violent incidents nationwide will be allowed to sit for their exams in “special exam halls”. The decision came in light of the “cabinet’s concern for the future of the students,” a cabinet statement read.

Various universities across the country have been stormed since the cabinet’s decision to allow the intervention of security forces on campus upon being called for by the university’s chairman. Cairo University was an exception, as the university president Nassar had, until recently, refused such measures.

Nassar insisted on this position, especially following the death of engineering student Mohamed Reda in November 2013 after clashes erupted between CSF and SAC in front the university’s main entrance.

Until 2009, the Ministry of Interior was responsible for providing Homeland Security personnel to secure universities. In 2009, the administrative court banned this decision, establishing “administrative” university security. The decision came into effect after the January 2011 uprising.