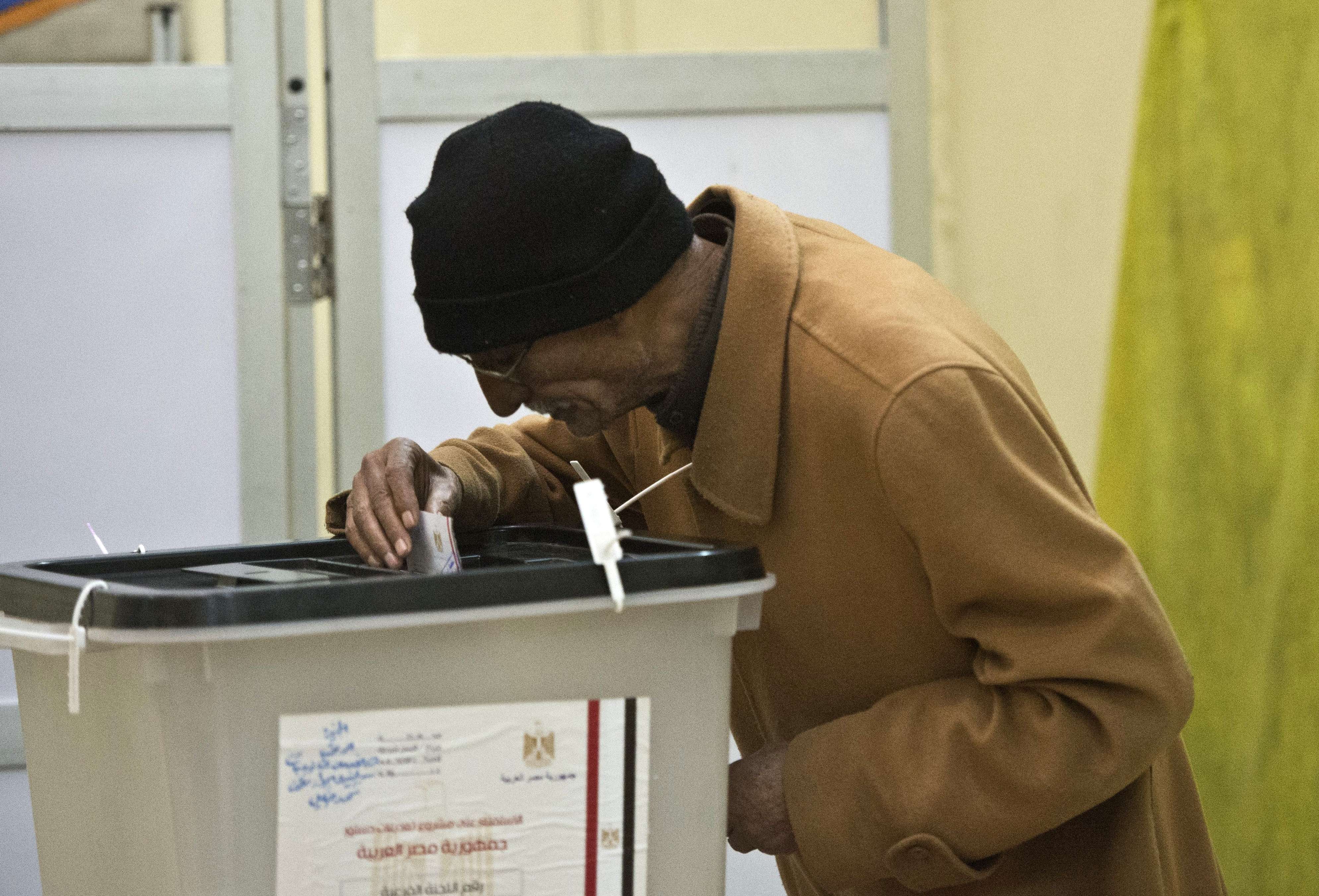 AFP – The approval of Egypt’s constitution bolsters the powerful army chief but a large number of youths who helped topple two presidents within three years shunned the vote on the new charter.

Egyptian voters have approved the Tuesday-Wednesday referendum by 98.1%, officials announced Saturday, and the results are seen as nod to General Abdel Fatah Al-Sisi to run for president.

Sisi led the overthrow of Islamist president Mohamed Morsi in July following massive protests against his one year-rule, which came after a popular uprising in 2011 toppled his predecessor Hosni Mubarak.

Youth movements at the forefront of protests that ended the rules of Morsi and Mubarak hardly objected when the military-installed authorities launched a deadly crackdown on Morsi’s supporters.

Nor did they object when his Muslim Brotherhood movement was banned and designated a “terrorist” organisation.

But they voiced their outrage when the military-backed authorities passed a law in November banning unauthorised demonstrations.

And this appears to have been clearly reflected during the voting.

Al-Sisi had urged the youths to participate in the referendum, saying they formed “more than 50%” of Egypt’s 85-million strong population.

But AFP reporters who toured polling stations said youths did not massively participate in the voting and analysts confirmed that many young people clamouring for change in Egypt shunned the polls.

“The youth refused to participate in the referendum because they consider what is happening as a counter-revolution to the January revolution (against Hosni Mubarak),” said Nafea.

Electoral commission head Nabil Salib announced the official results on Saturday and said turnout “reached 38.6%” of 53 million registered voters, with only 1.9% voting No.

That turnout shows “that the revolution of 30 June was a popular revolution,” said another government official, of the day when millions took to the streets across Egypt to demand Morsi’s ouster.

But Salib also acknowledged that a certain percentage of youths had not voted as the referendum coincided with examinations otherwise “the turnout would have been higher”.

The new charter replaces an Islamist-inspired one adopted in a December 2012 referendum under Morsi with about two-thirds of the vote and a 33% turnout.

Nafea said the result showed, however, an overall backing for Al-Sisi to run for president because “a large segment of Egyptians see the Brotherhood as a threat to the society”.

Al-Sisi has said he would bid for the presidency only if there was a popular demand.

The general is wildly popular among many of the millions who took to the streets against Morsi, but the Islamist’s followers revile him for what they say was a “coup” against Egypt’s first freely elected and civilian president.

The Brotherhood, reeling from a crackdown by the military-installed authorities has seen thousands of Islamists arrested and more than 1,000 people killed, dismissed the referendum as a “farce”.

Many youths agreed, but for different reasons.

“For us it is ironical that the constitution talks of freedom of speech and yet those who said no to the constitution have been jailed,” said activist Mohamed Ghorab of the No to Military Trials of Civilians group.

“For many this is a reminder of the previous Mubarak era regime,” he said.

Prominent youth leaders of the 2011 uprising against Mubarak have been jailed in recent weeks.

They include Ahmed Maher, Ahmed Douma and Mohamed Adel, convicted in December for organising an unlicensed protest – just days after a law was passed in November banning all but police-sanctioned demonstrations.

These convictions have been denounced by rights groups and experts who say they threaten the gains achieved since the toppling of Mubarak and signal a return of a police state.

Youths have also been angered by a flurry of reports in the local media that gave unflattering accounts of their role in the 2011 uprising.

Such articles, said the analyst Nafea, are seen by the youths as “an attempt to steal the 30 June revolution [against Morsi] for the benefit” of Mubarak cronies.

The non-Islamist youngsters “who participated in the revolt against Mubarak did not do that for a return to autocracy,” said James Dorsey of Singapore’s S. Rajaratnam School of International Studies.

“They are asking questions, and the question is whether the new regime will believe in liberal politics and there is no indication that it is going to do so,” he added.