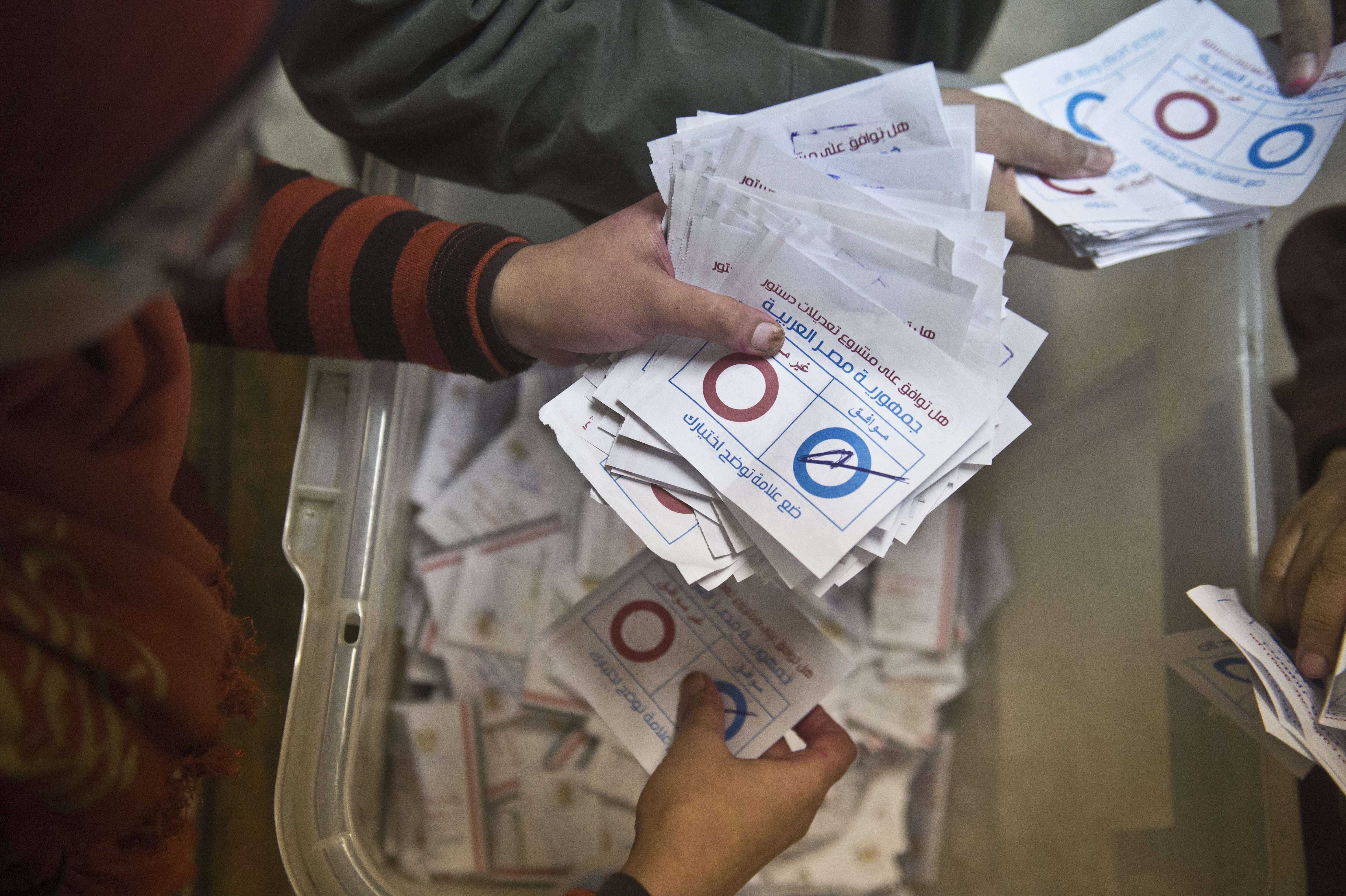 Saturday’s passing of the 2014 constitution evoked a wide range of reactions from a number of political organisations and major figures inside Egypt, with some welcoming the results and others questioning them.

Interim Prime Minister Hazem El-Beblawi congratulated the Egyptian people in a statement from the cabinet, while foreign ministry spokesman Badr Abdelatty said the results of the referendum “confirm beyond any doubt the overwhelming support of Egyptians to the constitution and the roadmap.”

Abdelatty added that the Egyptian government has “renewed its commitment towards implementing the roadmap.”

The constitution was passed with 98.1 % approval by voters and a voter turnout of 38.6%, after over 20.5 million voters partook in the process. It was approved after two days of voting on 14 and 15 January.

However, acting Muslim Brotherhood spokeswoman Wafaa Al-Banna questioned the official figures on the participation rate and described them as “illogical”.

“Where did they get these numbers?” she asked, adding that “everyone is laughing at the figures.”

The Muslim Brotherhood and a wider coalition of supporters of ousted president Mohamed Morsi, known as the Anti-Coup Alliance, boycotted the referendum. The alliance had once described the referendum as a “sham”.

Meanwhile, former presidential candidate and Al-Tayar Al-Sha’aby leader Hamdeen Sabahy was cited by Al-Tayar Al-Sha’aby as saying that the results of the referendum are “legitimate”, adding, however: “We must pay attention to the lack of youth participation.”

The Free Egyptians Party was quick to send out congratulations to the Egyptian people on Twitter.

On Sunday, the party’s chairman, Ahmed Saeed, said the results represent the Egyptian people’s will to build a country governed by institutions.