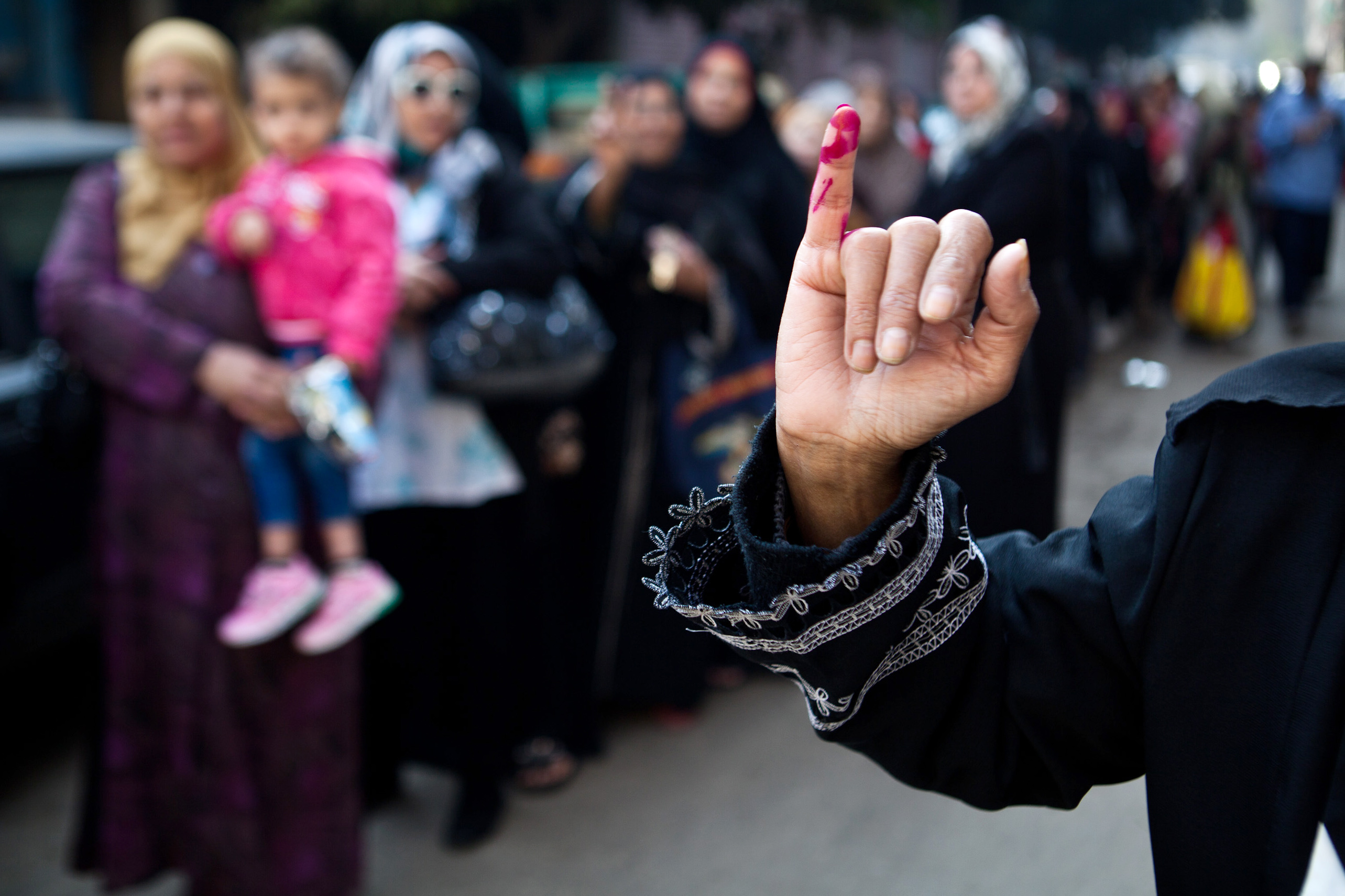 At least 11 incidents of attacks on journalists covering the constitutional referendum held last Tuesday and Wednesday were reported, according to the Association for Freedom of Thought and Expression (AFTE).

The constitution was officially ratified on Saturday with 98.1% votes in favour. Around 20,613,677 Egyptians took part in the referendum, the Supreme Electoral Commission said, making up 38.6%.

AFTE detailed the 11 incidents of violations against journalists in a report released on Monday. The incidents ranged from detaining journalists, assaulting them, and denying them access to polling stations despite being authorised by the Supreme Electoral Commission to cover the referendum.

The association reminded that the newly issued constitution preserves freedom of the press and the media. It added that the “oppressive” measures against journalists are still being practiced, violating several international treaties and conventions Egypt ratified.

According to the report, 15 journalists and photojournalists faced hurdles while reporting on the referendum process last week. Five journalists were detained by security forces, five were prevented from covering the referendum despite possessing the necessary authorisation to do so, and four were assaulted by citizens or security forces. In more than one incident, journalists got into trouble after it was believed they were working with Qatari news network Al-Jazeera.

Associated Press (AP) journalist Hassan Abdallah was reportedly arrested while covering the referendum in Dokki, Giza on Wednesday. According to the report, Abdallah was accused of working for Al-Jazeera, despite being in possession of an AP press-pass as well as a permit from the SEC. He was released on an EGP 10,000 bail.

Ministry of Interior spokesman Hany Abdel Latif said the ministry would look into the incidents mentioned in the report.

Hanan Fekry, a Press Syndicate board member, was among those prevented from accessing certain polling stations despite her possession of an SEC permit. Fekry said army personnel told her they received no instructions to allow any permit-holders inside.

The syndicate got in touch with deputy military police director Mamdouh Abul Kheir. “He denied the army personnel’s account,” Fekry said. “He said perhaps some polling stations are being supervised by young army personnel, inexperienced in election coverage.”

Fekry said she doesn’t believe preventing journalists from covering the referendum was a systematic measure. She added that she was allowed into other polling stations without any trouble.

The Press Syndicate’s operations room, set-up to monitor the referendum, received “only” nine reports regarding violations against journalists, according to a syndicate statement. The Syndicate described the violations as “limited” and “related to organisational issues rather than being core violations, as was the case during previous referendums.”

The syndicate also reported incidents when journalists were not allowed to cover the vote-counting process after the referendum was over on Wednesday.

AFTE said that the violations practiced against journalists during the referendum prevented media organisations from covering the event, stressing that proper media coverage of the referendum would be a “guarantee of the integrity and transparency of the voting process.”

“We call on the Egyptian authorities to abide by international treaties and conventions which preserve journalists and photojournalists’ rights,” the statement read.

It cited Article 19 of the International Covenant on Civil and Political Rights, which preserves the right to freedom of expression including the “freedom to seek, receive and impart information and ideas of all kinds, regardless of frontiers, either orally, in writing or in print, in the form of art, or through any other media of his choice.”

AFTE called on security forces to pay attention when dealing with journalists and photojournalists and refrain from assaulting them, “especially when they have accreditation.”

US-based Democracy International (DI) criticised both the political climate of the referendum and the actual undertaking of the vote in its preliminary report on Egypt’s referendum. The organisation was one of the international elections watchdogs which supervised the referendum.