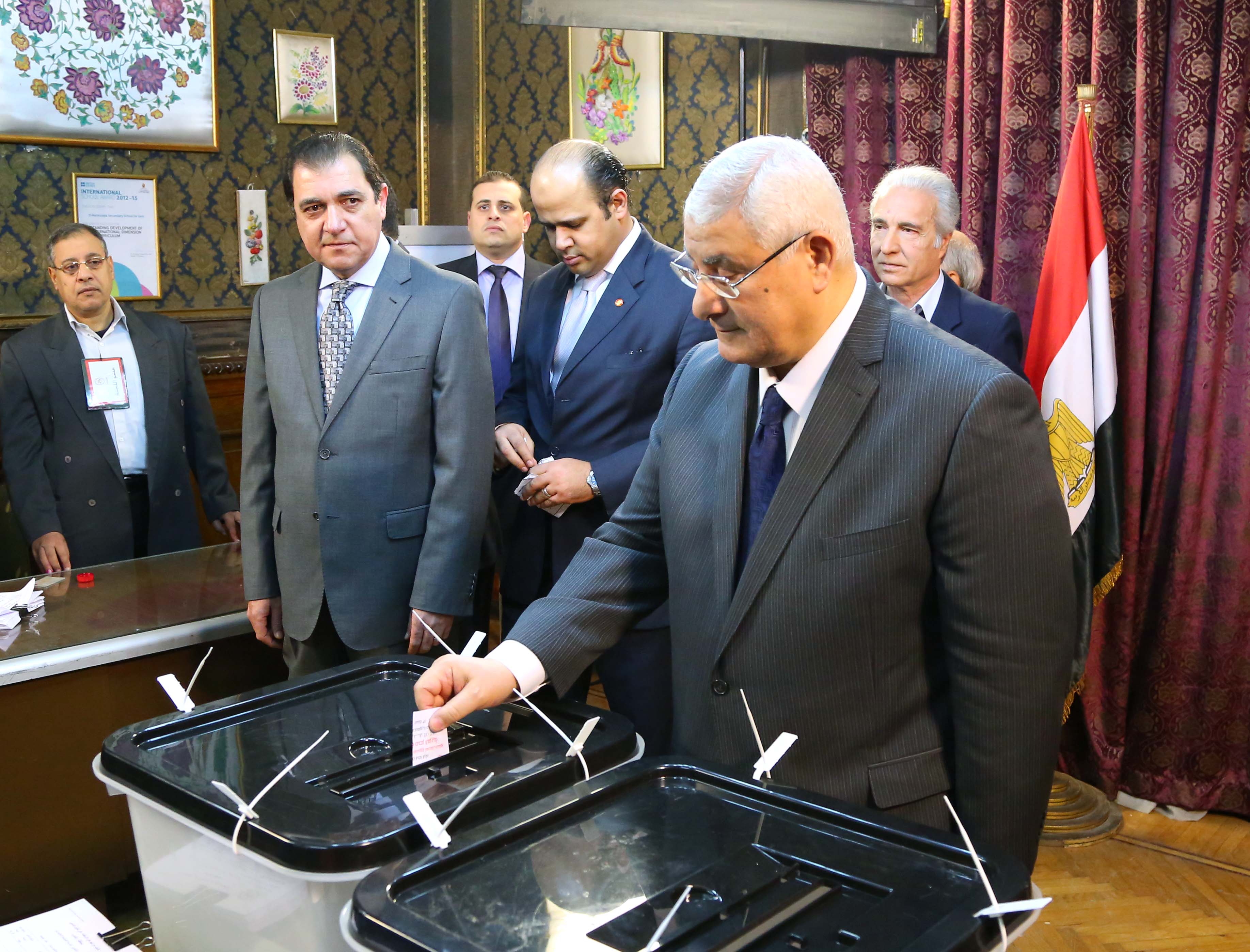 Approving the 2014 Constitution is  Egypt’s first step in its journey towards the future, interim President Adly Mansour said Sunday, but declined to specify whether the next step would be presidential or parliamentary elections.

Mansour said in his address to the nation that in passing the constitution, the Egyptian people had “made a good choice”, adding that he is “confident that Egyptians will also make good choices in the next two phases”.

Mansour is to decide what that next phase would entail, as the 50-member Constituent Assembly tasked with drafting the constitution failed to agree on which elections should be held first. Eventually, the article on the parliamentary elections was amended such that the decision would be made by the legislator. Mansour currently holds legislative powers.

A constitutional declaration issued by Mansour in July stated that the president will call for parliamentary elections within 15 days of the passing of the constitution and that elections would be held within a minimum of one month and maximum of two months from that date.
Mansour said that the high voter turnout and the “unprecedented approval rate in the history of newborn democracies” prove that Egyptians are on the right path, even though it may be difficult.

The constitution was officially passed on Saturday with 98.1% of voters approving it and a voter turnout rate of 38.6% after over 20 million participated in the constitutional referendum held on 14 and 15 January, according to official figures.

But these figures are questioned by the Muslim Brotherhood, which said on Monday that the “referendum was forged”.  The Brotherhood described the voter turnout rate of 38.6% as an “allegation” after youth and the majority of Islamists and other political groups boycotted the vote.

International human rights watchdog Amnesty International, which was monitoring the referendum environment, said it was concerned with the restrictions exercised over the No vote and the deadly clashes that left at least eight people dead on the first day of voting.