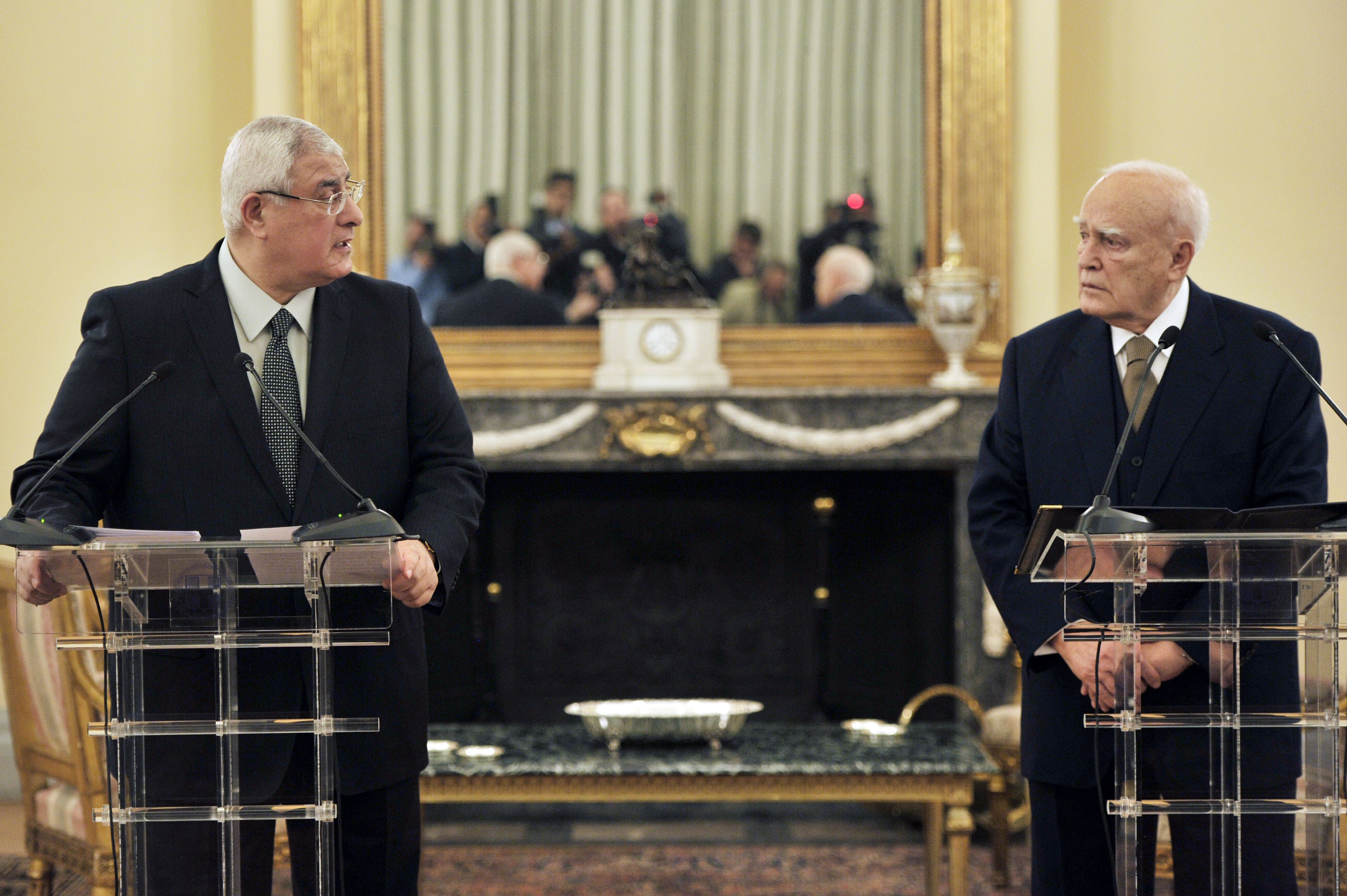 “Greece has been the most understanding country to the changes happening in Egypt,” said Mansour in the press conference, stressing that Greece does not interfere in other countries and their people’s will.

The presidents addressed Turkey’s “occupation” of Cyprus, and stressed that the sovereignty of states should be respected.

The two leaders also discussed the current condition of the Middle East, focusing on Syria. “There should be honest intentions to solve the Syrian problem in the upcoming Geneva conference,” said Papoulias, while Mansour affirmed that “a military solution should be avoided”. The Greek president also urged Iran to review  its nuclear programme and return to the political field.

With regards to the economic relationship between Egypt and Greece, President Papoulias said that “frozen laws governing Greek investments in Egypt will be addressed,” While Mansour mentioned that Greece has $1bn invested in Egypt.

Mansour stated that Egypt is working on enhancing its strategic relations with the European Union. Both presidents stressed deep historical relations as evidence of the need for further communication between their countries.

On 1 January, Greece started its fifth term in the European Union presidency, having previously held the position in 1983, 1988, 1994 and 2003. The presidency rotates among the member states of the EU every six months.